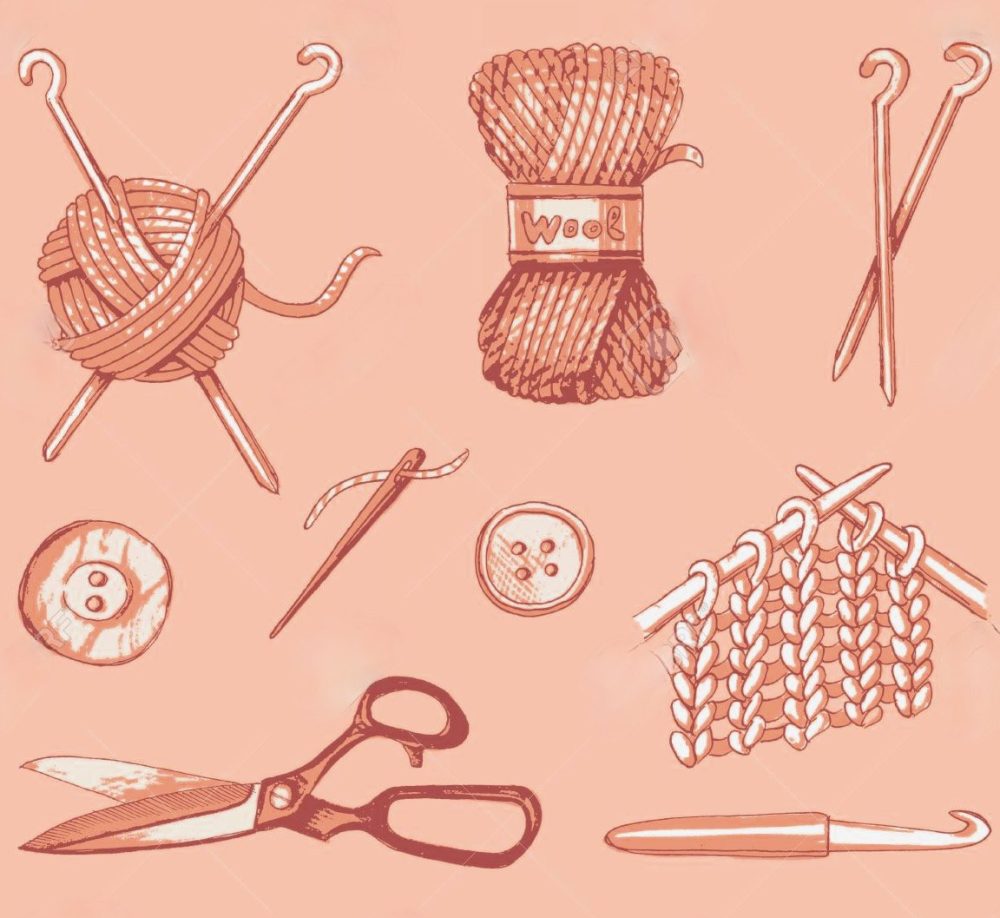 Back To The Drawing Board

The last couple of days, I’ve been trying to design new pattern stitches that will work well blending multiple colorways of Koigu KPPPM

Ideally, I was hoping to have a fabric with the resulting qualities:

I tried about three different stitch patterns and hated them all…they just didn’t work at all as I had envisioned.

Then I came up with these two swatches: 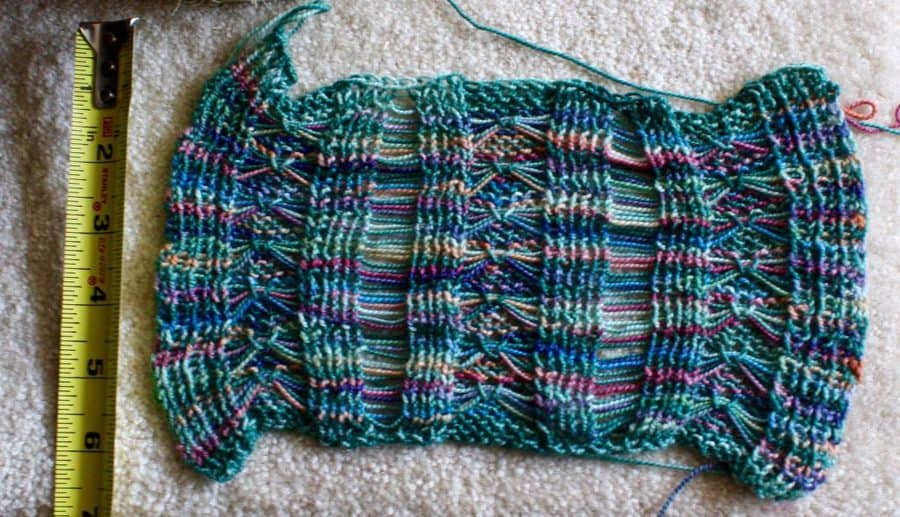 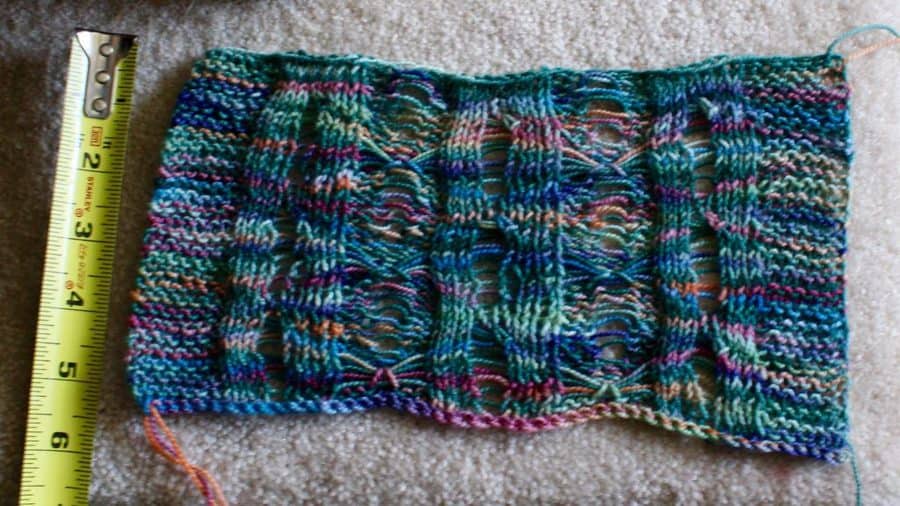 Neither of the swatches are exactly what I was looking for, but I learned a lot on both of them.  I’m going to re-knit the top swatch with some changes.  While the second swatch looks the same on both sides, I don’t think it’s quite as nice looking as the fabric in the first swatch.  And the back of the first swatch looks good too. 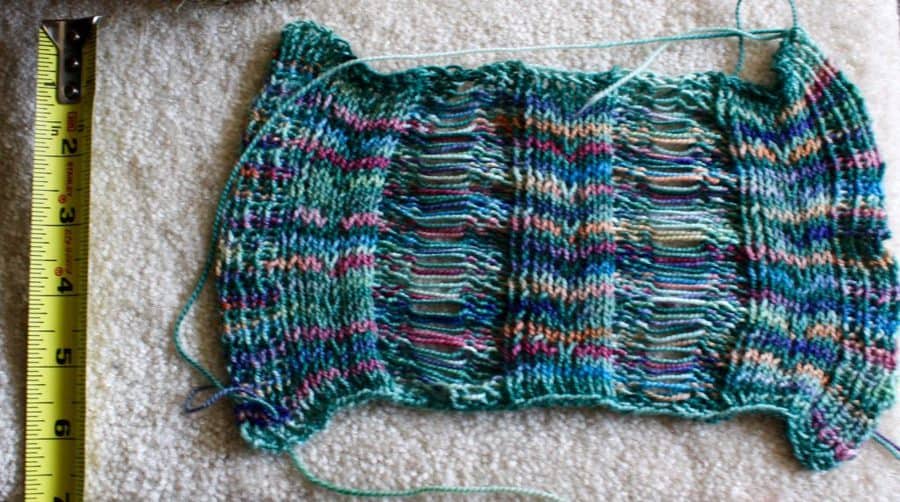 Hopefully, I’ll have a new Koigu Scarf design to add to the Koigu Cross Stitch Scarf and the Koigu Interlocking Crochet Scarf designs.