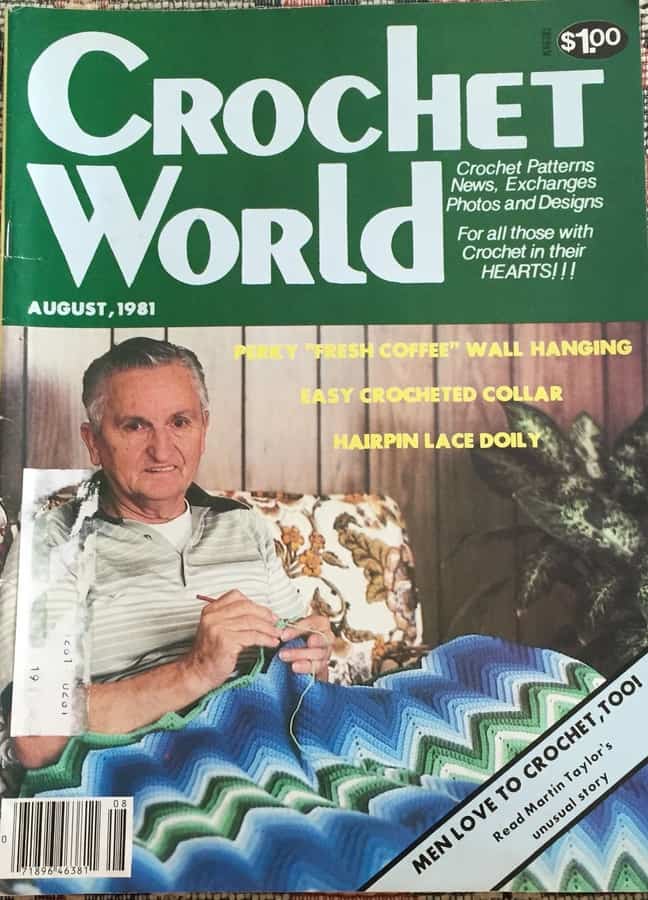 Honestly, I’ve always thought the crochet world had a large number of strange people in it (me included).  When you look at the world of male crocheters, it can sometimes be even more odd.

If you’ve ever seen the movie “Best In Show”, it describes the crazy people that breed and show their dogs…it misses out a bit on the mean, gossipy nature of that group, but it definitely shows how crazy they are.

They need a similar movie for crocheters or crochet designers perhaps.

Anyone that’s participated in on-line crochet forums knows what I mean…Reading the article about the man on the cover of this magazine only confirms the quirky nature of people in the crochet world.  He made an afghan for his mother-in-law who taught him to knit when he had a nervous breakdown, and then took it back when she died.  I don’t know, it just sounds like stuff I wouldn’t want in print if I was the cover story.

Fortunately, I fit right in with this community and I’m proud to say so!

Despite my crochet-pride, I put down the Rowan LDK Crochet Afghan, to cast on for Kieran Foley’s latest amazing design, Zanzibar scarf. 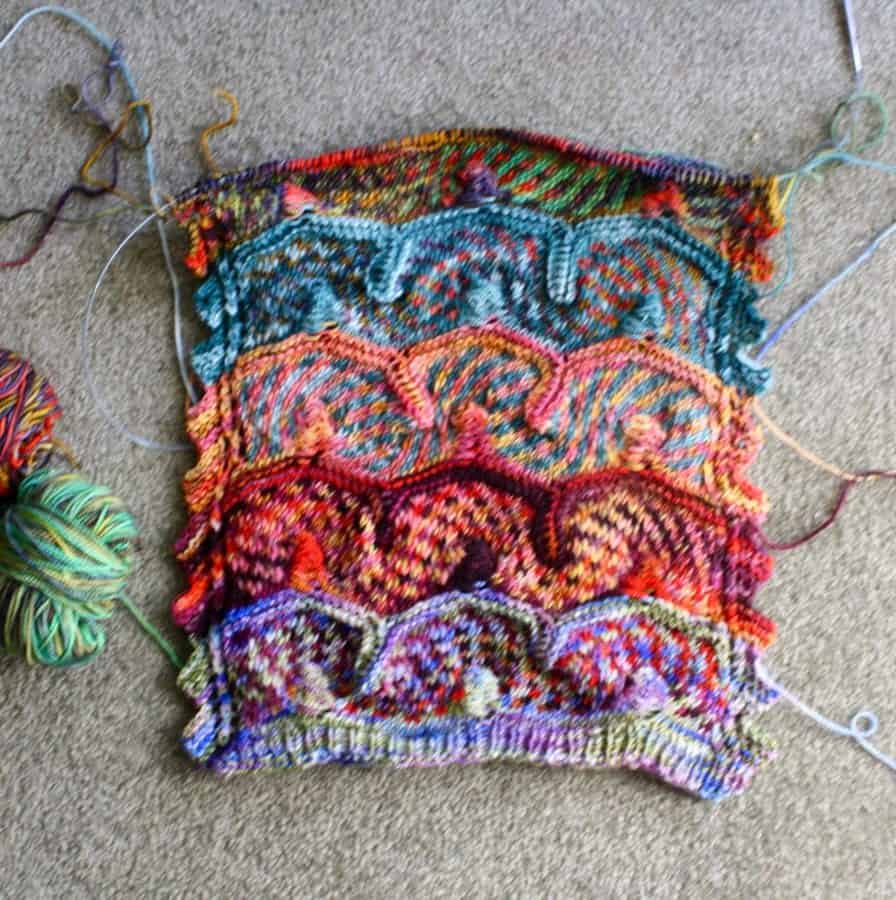 I opted to use multiple colorways of Koigu KPPPM, since I love it so and it works equally as well (if not better) than the Zauberball Crazy the pattern calls for.  In fact, the back looks amazing as well (even though much of this pattern is stranded knitting with two colors). 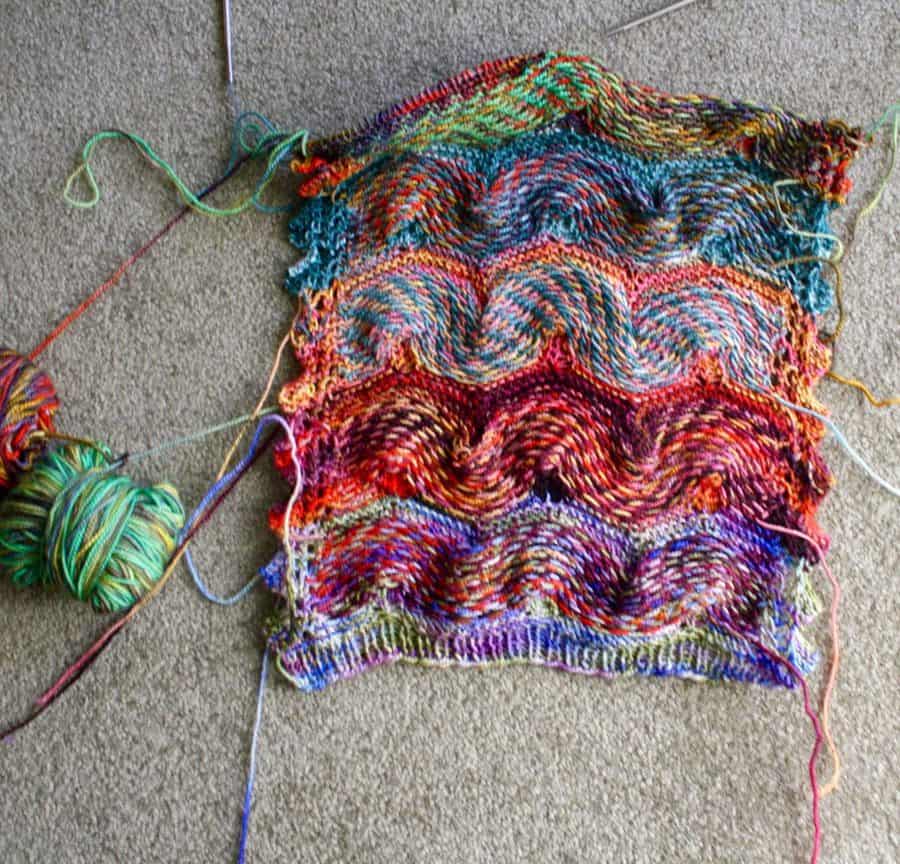 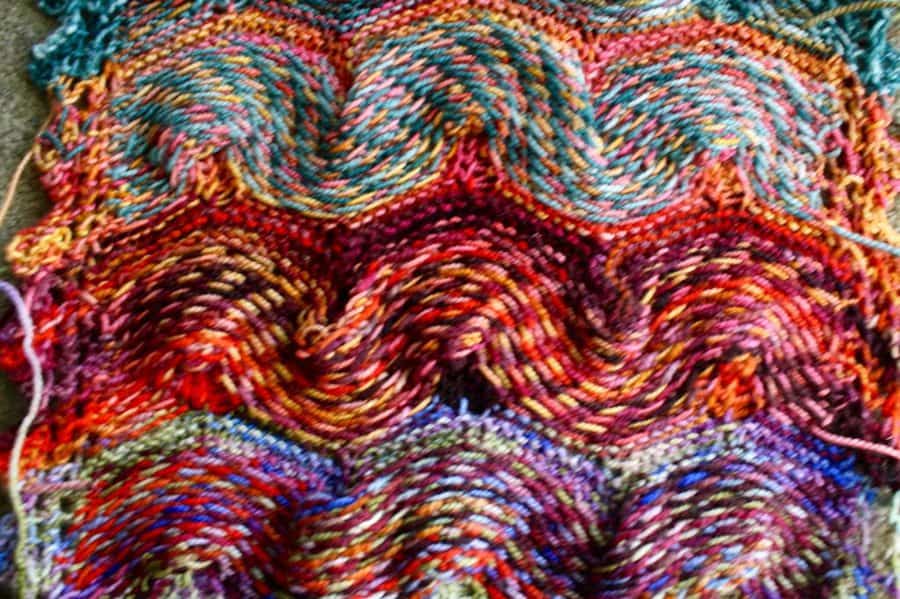 This last photo reminds me a bit of Van Gogh’s Starry Night.  I would caution, that this pattern is complex to figure out (at least it was for me) and it doesn’t lend itself well to trying to fudge mistakes.  I still highly love how this design mixes colorways in such a chaotic and lovely way.

I mentioned on Facebook that I wished I had thought of this design first…but after seeing what it would take to write this up and all the questions Kieran will probably get…I’m glad I didn’t.