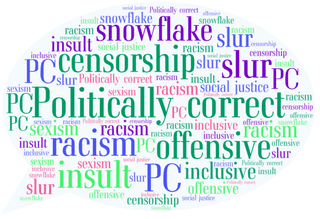 It’s so easy for people to say they’re being strangled by political correctness, and even I have questioned the latest “rules” so as to try and not offend others.

I have to admit, I remember when Chinese, Japanese, Koreans, Vietnamese, Malaysians, etc. were collectively known as “Orientals” and then it was determined that the term “Oriental” was no longer acceptable and to use the term “Asian”.  I honestly didn’t understand why “Asian”  was better than “Oriental”, but I took their word for it and changed my vocabulary.  Hell, I’m even old enough to remember when “Negro” was the correct term and then it was switched to “Black” and then “African-American.”

Remember when the candidate for Senate, George Allen was pilloried for using the term “macaca” to refer to someone who was filming his public meetings?

So, when the conservative right decides to use the pejorative term “anchor baby”, it seems they are consciously making a decision to slur non-citizens’ children in this country.

It’s facile to say “It’s a common term.” or “I don’t have time for political correctness.” Even more so, it’s rude not to correct one’s language when it’s pointed out how offensive the term is.  Is it political correctness that someone like Trump or Jeb Bush doesn’t use other offensive terms?  Would either of them participate in a conversation about “macacas” taking over our country, as an example?  Or what prevents him from using the term “faggot” for instance?

It’s amazing how easily they find these dog-whistle-like terms that speak clearly to  their racist, homophobic, hateful followers, while disavowing any intention of offending. 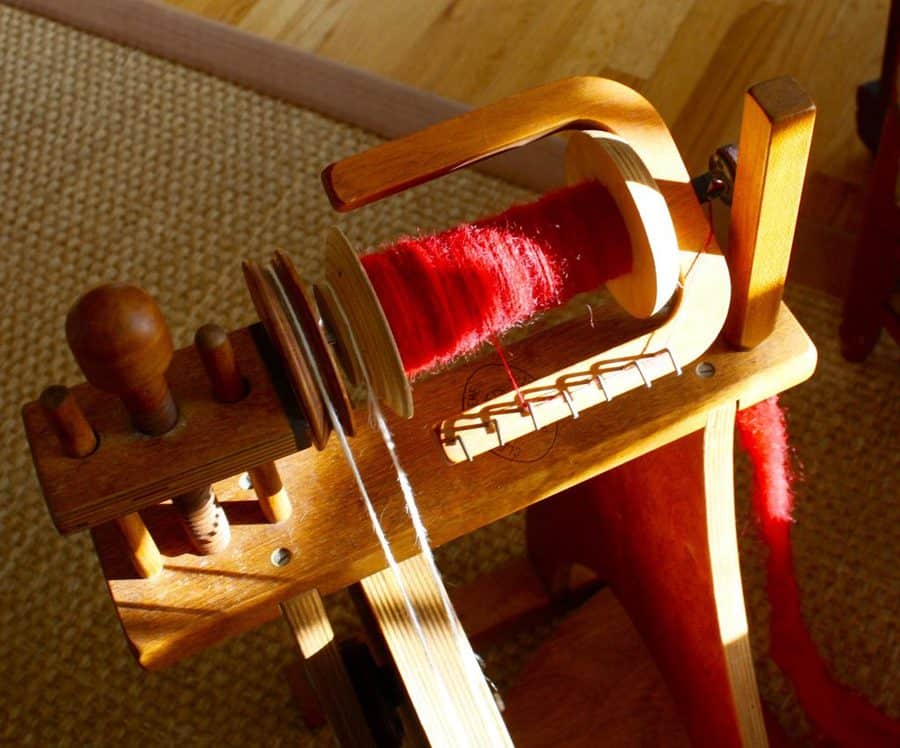 I would ideally like to finish spinning and plying this yarn on the Clemes & Clemes wheel by Sunday, just so I can have a hank of yarn I made on this lovely wheel.

I also had the occasion to give a small coin as a gift to a friend and thought he might want a beautiful handknit pouch to store it in. 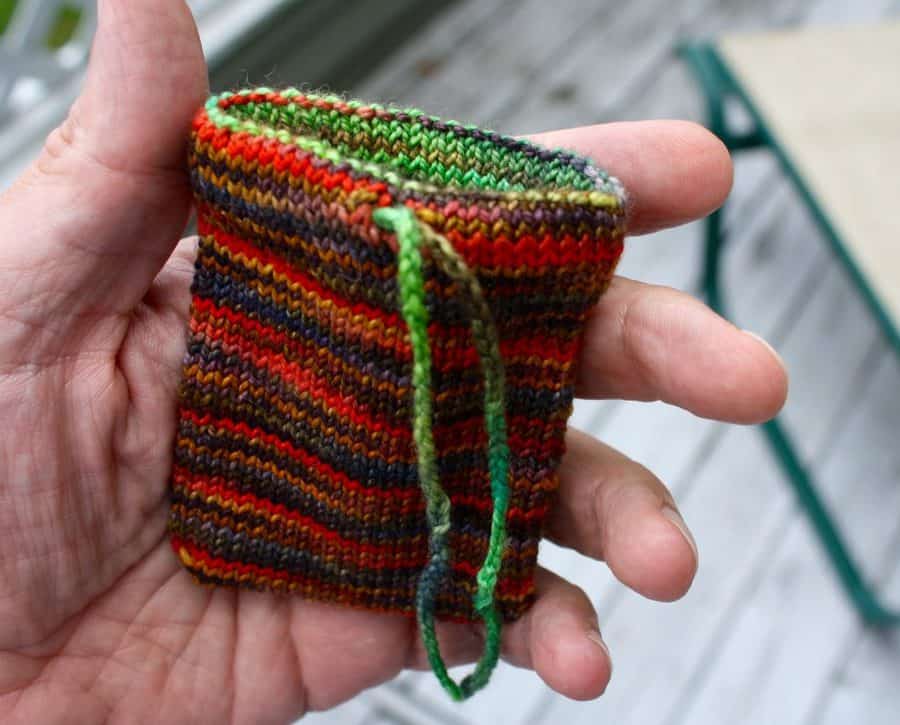 This little beauty was knit with two colorways of Koigu, is hemmed over at the top and kitchenered at the bottom.  I created a small opening with a double yarn-over to allow for the cord to come out the front.  I think it turned out just beautifully.