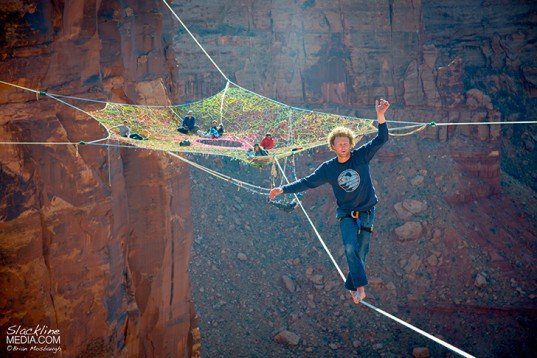 I don’t think any amount of money or incentive could ever get me to have anything to do with the Moab Monkeys’ hand knit hammock in the Mountains of Utah.

I am definitely afraid of being in high places…I hate glass elevators…I felt like I almost died when I went on the glass floor in the CN Tower in Toronto…just overlooking a few stories of height takes my breath away and makes me dizzy.

So risking life and limb by tightrope walking onto a hammock suspended 400 feet above a canyon floor is not my idea of exciting.

I’m a little trembly just thinking about it as I type this.

Just to prove I’m not anti-hammock, I did participate in the creation of a hand knit hammock at the last Men’s Spring Knitting Retreat. 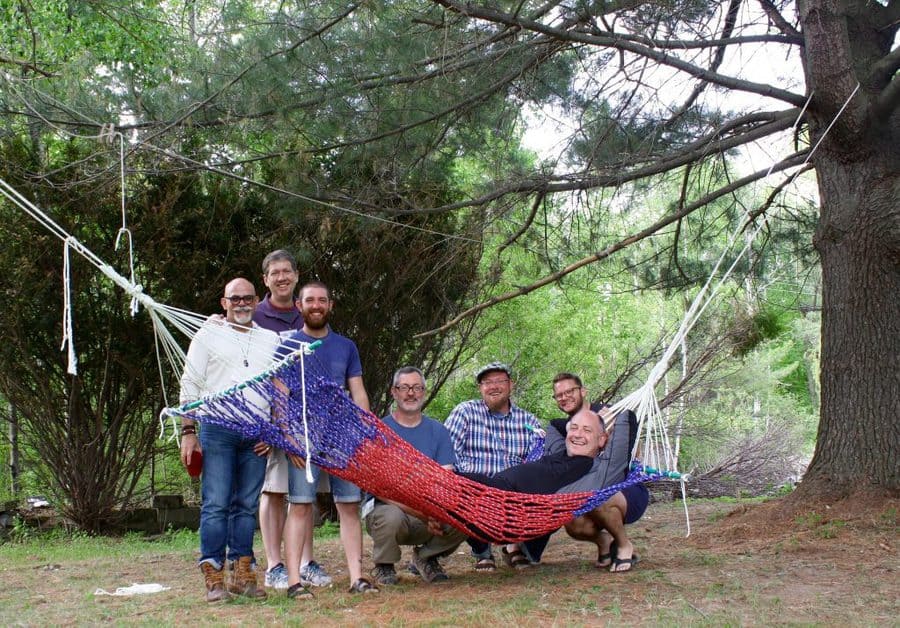 A mere 2 feet from the ground, I even used the hammock and wasn’t the least bit fearful.

Diligently continued knitting the border for the kid aplaca blanket. 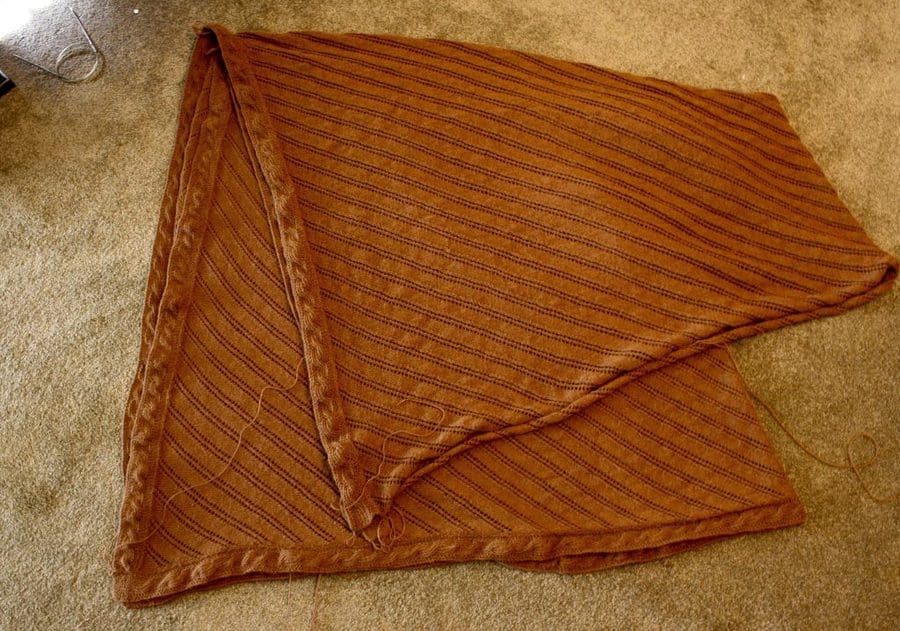 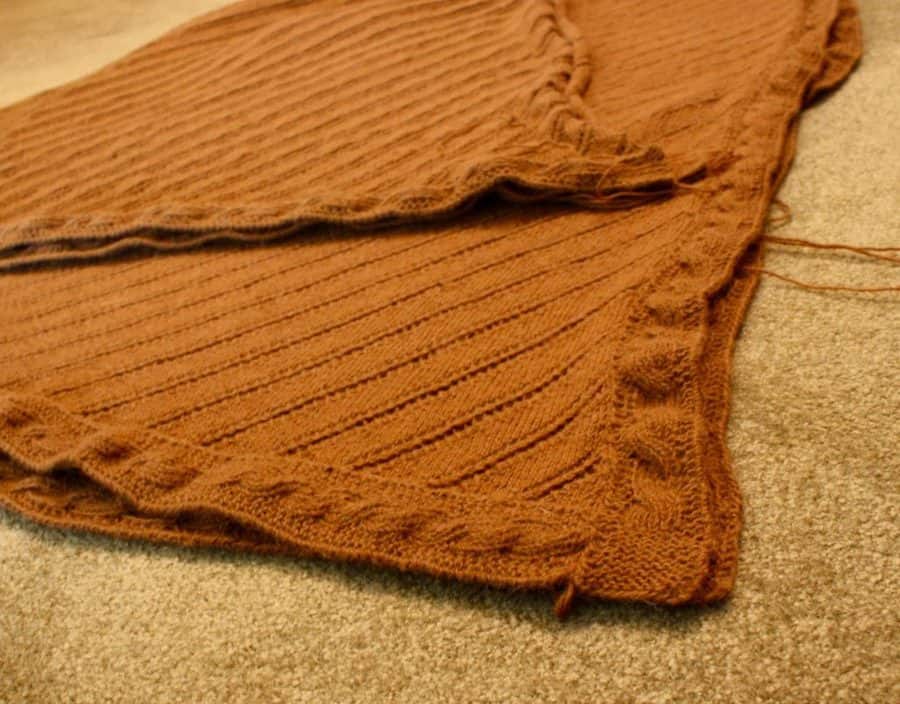 It’s getting close enough to being finished that I think I ought to stop calling it a coffin cover.  I’ve finished three borders and have begun knitting the fourth and final border.

I also felt I needed to have a “living room project” for the times when I’m not watching television downstairs. 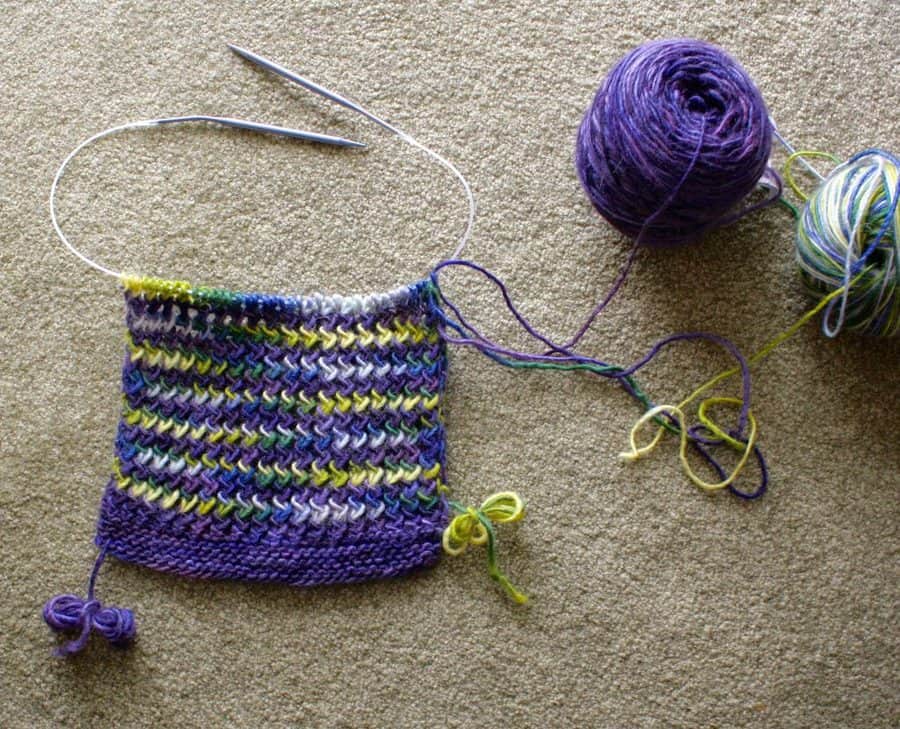 Plus, it’s nice to have a project with more immediate satisfaction and results.  This is the Ric Rac scarf by Jo Burton from Lorna’s Lace/Haymarket that I got at the Garden State Sheep Breeders Festival.  Seeing the scarf in person convinced me to buy the yarn for it…it’s a one-skein scarf in the pattern, but I’m alternating between two colorways and will make it a bit wider and quite a bit longer as a result. 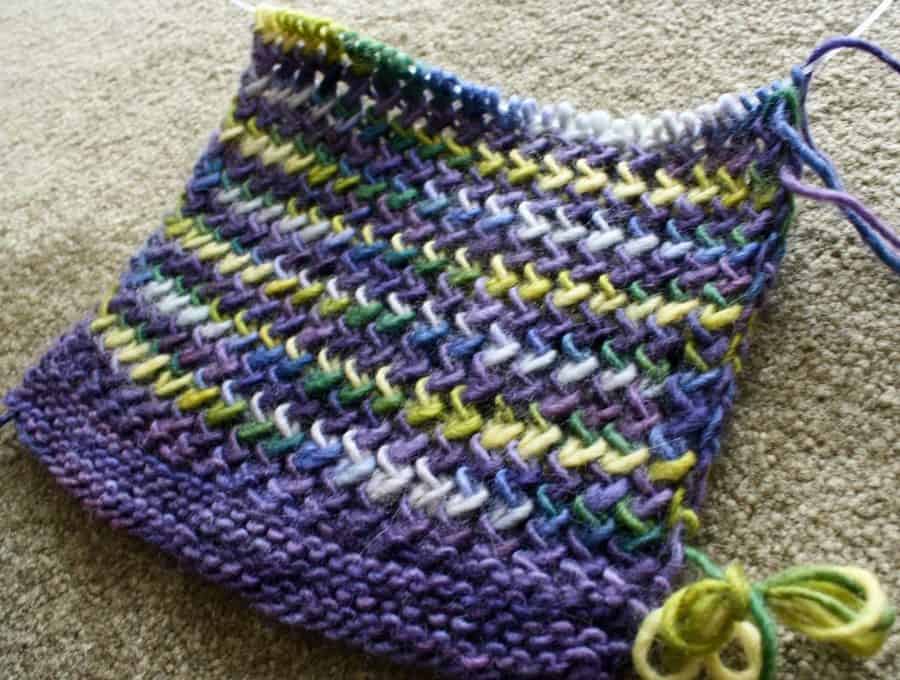 It’s a fun pattern and makes a nice drapey fabric.