Paying bills, borrowing library books, renting videos…I’ve never understood why anyone would subject themselves to late fees when they could easily be avoided.

Am I Both Odd and Queer?

Having recently started borrowing books from the library after decades of being away from the library, the automated system has made it even more simple to avoid late fees on overdue book returns.  A couple of simple clicks on my iPhone or computer and I can just renew a book that’s due back shortly.  Or, if the particular book is not allowed to be extended, I just have to go less than a mile to the library to return it.

I recall when Thaddeus used to work at the video rental place (I know, the dark ages), I was amazed to find that more people regularly paid late fees on rented videos and DVD’s than the ones who didn’t…and it wasn’t inexpensive!

I don’t understand…why?  I feel like I have Asperger’s or something in my inability to comprehend why anyone would pay a late fee.

I guess I could understand having to pay a late fee when I got careless and got disorganized, but that would happen very infrequently for me.

I’d be grateful for any explanations someone could give why paying late fees on a regular basis was normal behavior.

For those following me on Facebook, I had to rip back the start of a new project…the garment would have been about 4 inches too wide. 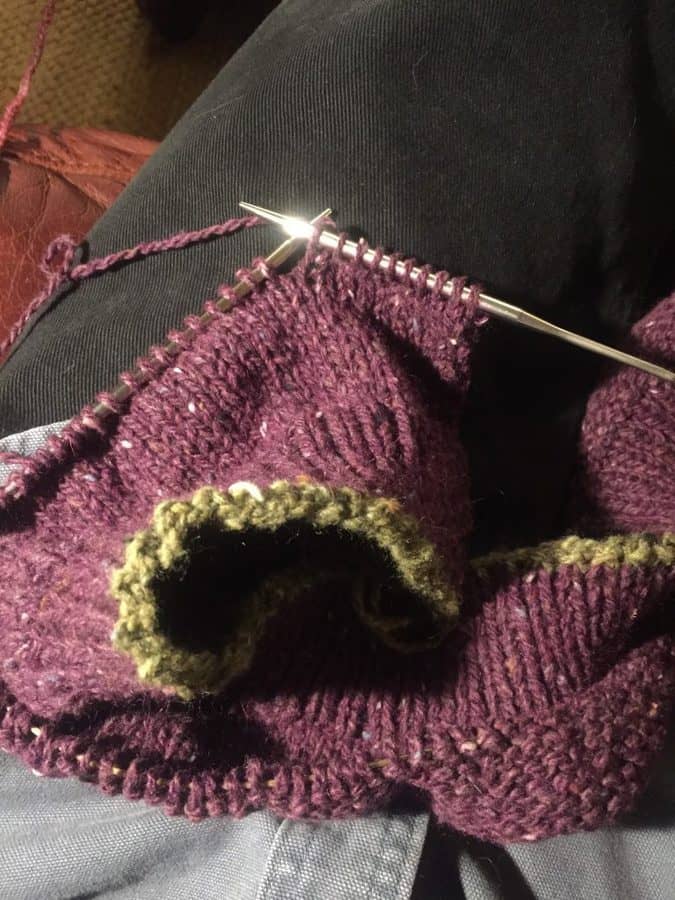 I’ve re-knitted all that I ripped out (and actually a little more) and I’m back on my way.  I’m thinking this will be a very simple (yet elegant) sweater, similar in style to one I knit decades ago. 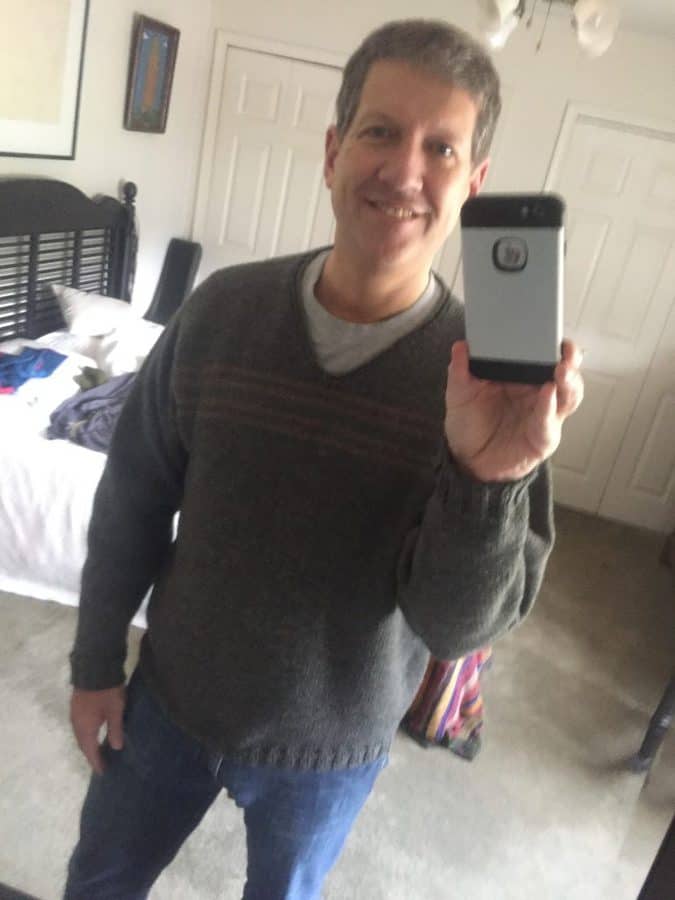 Although it won’t have the chest stripes, I was admiring the way I accidentally invented the collar edging for this sweater and will do the same on the new one.