I Admit it…I’m a Troll

Recently, I had a revelation that allowed me to realize something about myself I wouldn’t have admitted until proven evidence showed it to be true.  I can be a hateful troll.

Larry, someone I know and respect, posted something to social media about his rationale for bad-mouthing Donald Trump in response to one of his friend’s assertion that the bad-mouthing was hateful and should stop or result in losing a friend.

Clearly Larry’s friend was a big fan of Trump and found Larry’s comments offensive, so Larry posted a very thoughtful and well-written description of why he felt it important to warn people about the evils of what Trump represents.

Most of the comments to Larry’s post were very positive and supportive of Larry’s views, except for one that demanded that Larry stop including Hitler and Nazism in his descriptions of Trump.

Seeing that the commenter was clearly annoyed, I decided poking him with a provocative message might be fun, so I did by basically saying Trump’s ideas about eliminating an entire religious group from this country sounded a lot like Nazism.

What I didn’t realize is, the commenter wasn’t trying to defend Trump, but was trying to say that comparing Trump to Hitler, trivialized the murder of 6 million Jews.  While I don’t necessarily agree with this man’s point of view, I did realize that I only wanted to poke him when I thought he was a Trump supporter and finding out he wasn’t kind of took all the fun out of it.

I guess I really can be a hateful troll sometimes.

Focusing solely on the niece blanket I’m currently working on, has allowed me to make great progress quickly. 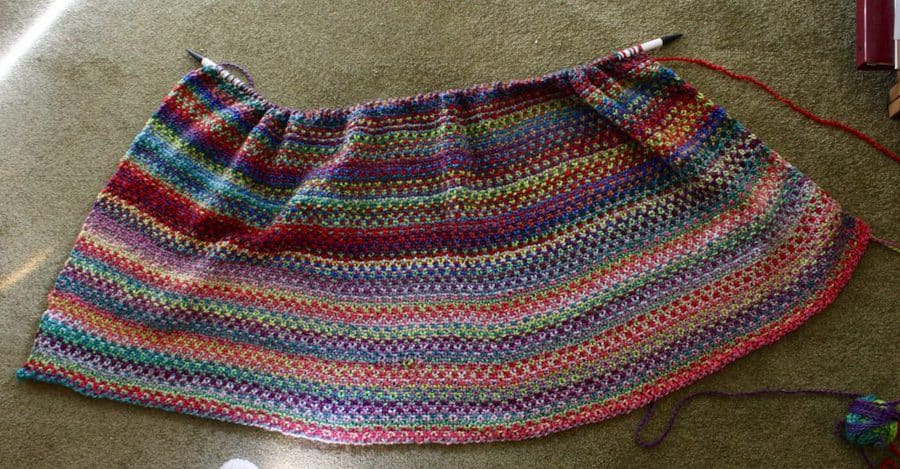 I may need to pick up some of my other projects to let me slow down on this one a bit.