Lately, on a lot of television shows, the culmination of the show is “the reveal” and I’ve grown to enjoy the anticipation of this type of show summary for a while now.

One of Many Examples

Thaddeus and I enjoy watching “The Dead Files”…a paranormal show where Amy tours the house speaking to the dead and Steve, an ex-homicide detective, interviews the house’s occupants and investigates the history of the house.  And then at the end, they synch up their stories at “the reveal.”

So, today, I reveal the mystery stitch I was working on last week.

Last week, you’ll remember I was working on a new stitch, but I wasn’t sure how it would come out.  I was thinking much like my two other Koigu scarf designs, (Cross Stitch Scarf and Interlocking Crochet Scarf), this design might look fantastic in two or more colorways of Koigu KPPPM yarn.

Here’s the result of my reverse-engineering of the pattern stitch. 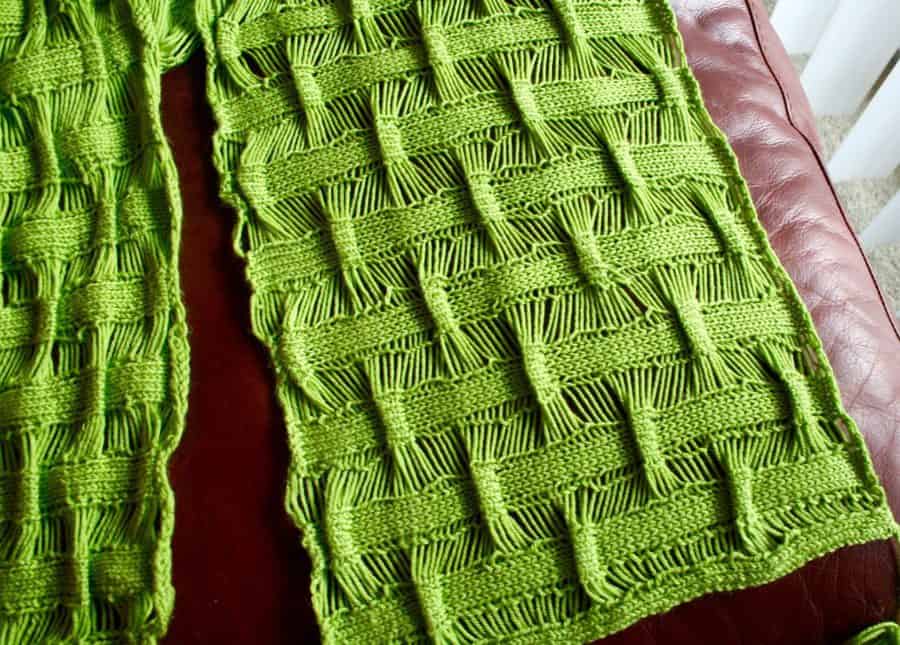 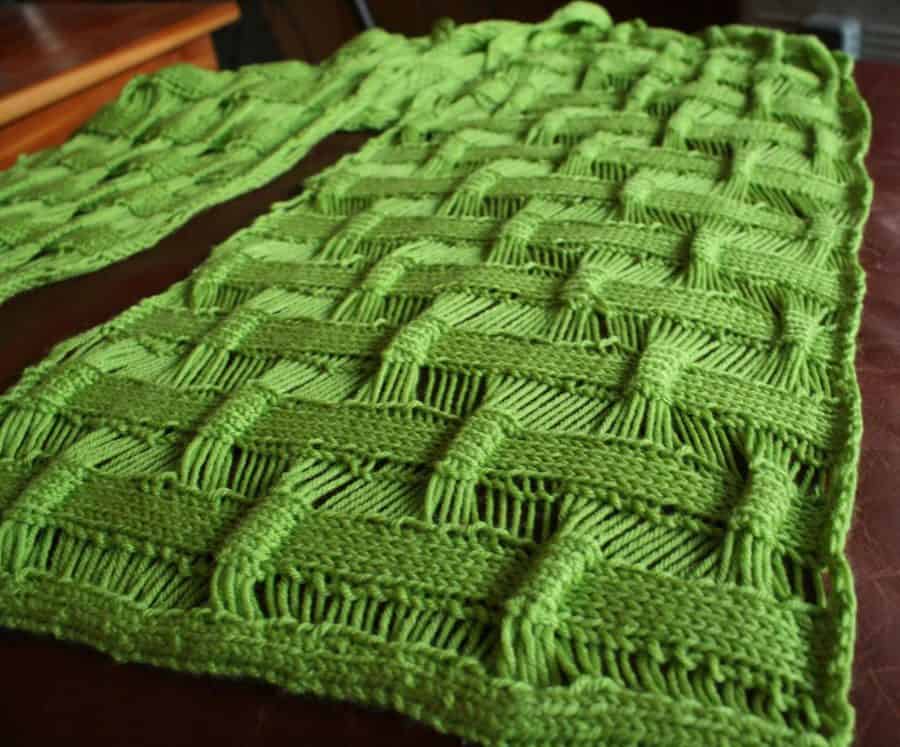 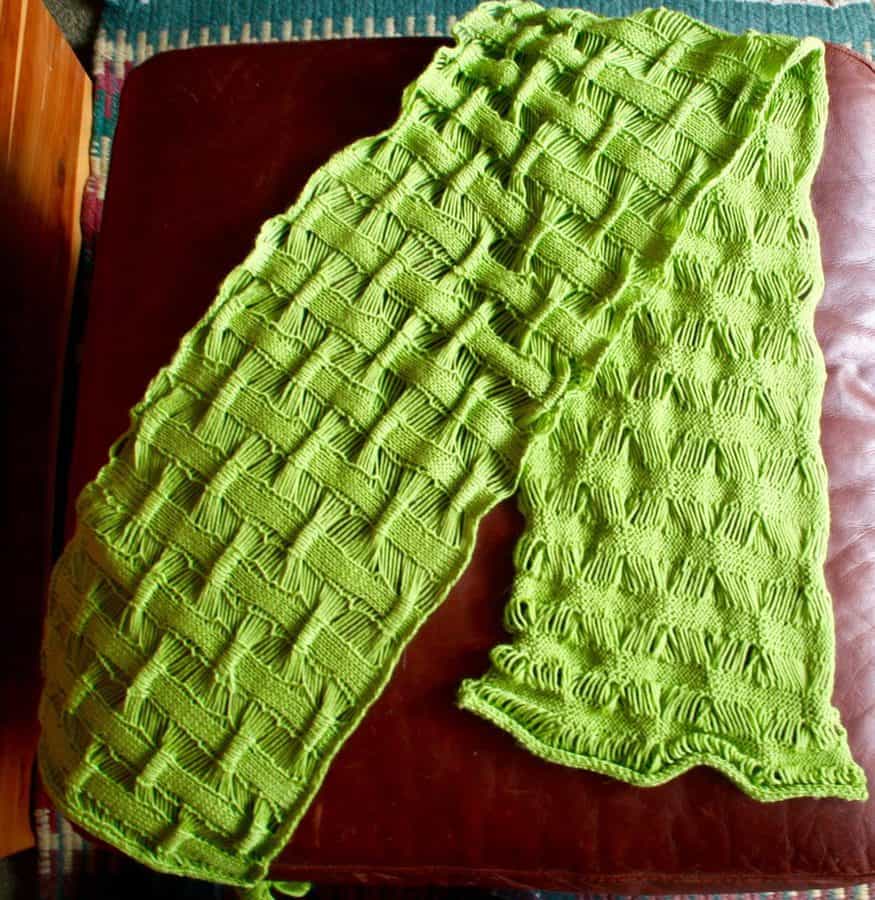 The scarf is based on a pattern stitch I found on Pinterest and then Ravelry called Suke-Suke by Olga Buraya-Kefelian, and I loved how it looked (I even liked the back of the stitch, which is important for a scarf).  I haven’t purchased Olga’s pattern…I was able to figure out the stitch pattern without buying it (I think).  I’ve decided I won’t be writing up this scarf pattern for publication for a couple of reasons…mainly because I’d feel like I was copying someone else’s design work, but also, because it would be a pain to write up, and it’s already written.

For those interested in knitting it, I will ask you to buy the Suke-Suke pattern and let you know that my scarf was knit on US4 (3.5 mm) needles, using fingering/sock weight yarn (I recommend using a smooth yarn…either superwash wool or tightly spun yarn, like Koigu KPPPM), I cast on 215 stitches, did 7 repeats (or really 3 and a half repeats) and ended up with a scarf that, after blocking is about 9.5 inches wide and about 54 inches long.

I can’t wait to try working this pattern using Koigu.