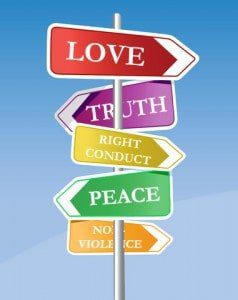 A couple of recent events have had me again questioning my own character and whether I’ve lost perspective.

The death of Antonin Scalia and the imprisonment of Kathryn Knott were the two specific instances which made me question my own values.

On hearing about both, my first reaction was one of being glad.

In my opinion, both of these people did harm to the LGBTQ community, but I still feel my initial reaction to their death or jailing seemed harsh and unfeeling and my reaction felt more vengeful than relieved.  While I can’t change the way I react to hearing news, I can take my reaction as an opportunity to examine my own conscience and values to see if they’re consistent with who I consider myself to be.

In the case of Justice Scalia, I have found his actions, writings and quotes about the LGBTQ community to be reprehensible.  I also think that his ideals were quite hypocritical when it came to his own claims of being an “originalist” about how he decided on cases before the Supreme Court.  Especially when the original intent of the founding fathers seemed to be opposed to his Catholic views.

With Kathryn Knott, she physically attacked and yelled homophobic slurs at a gay couple in Philadelphia as part of a larger group of her friends, and left this couple with broken bones, scars and bleeding in an alleyway and then calmly went off to enjoy their evening.  She and her group took away any sense of safety LGBTQ citizens of Philadelphia might have had.  She seemed unrepentant throughout her trial and took no responsibility for any of the acts of violence until after she was found guilty.

Do I think my reactions to each situation were consistent with who I believe myself to be?

No for Justice Scalia – Finding joy in someone’s death is not who I am.  Life is valuable to me and to take any level of happiness from someone that lost that, feels wrong to me.

Yes for Kathryn Knott – When I take the vengeance aspect out of my reaction, I was glad that justice seems to have been done in her case.  I’ve followed this case closely and from all I know, I’m satisfied my reaction was consistent with my values.

Continuing to work exclusively on the Nephew Cardigan. 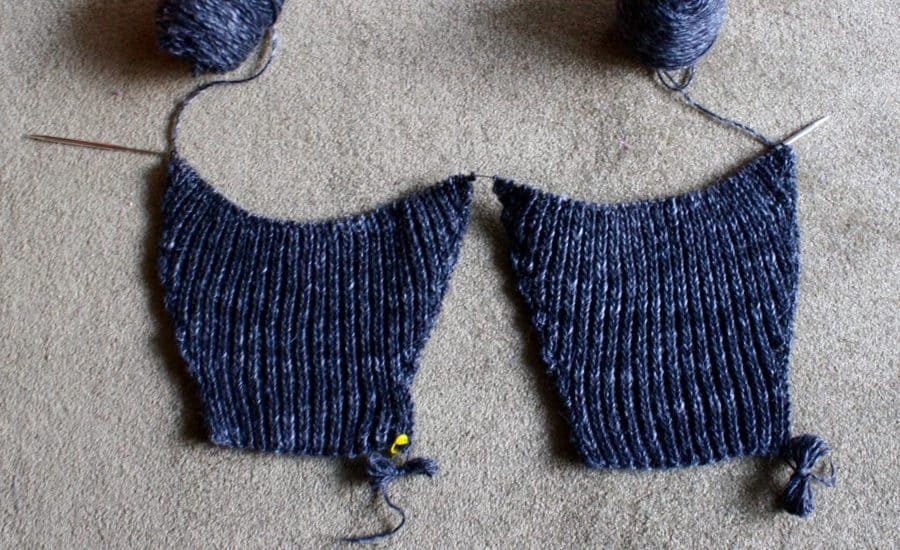 The sleeves have grown both longer and wider and I’m glad to say both stitch gauge and row gauge seem to be working out to get me two sleeves that will be perfect.