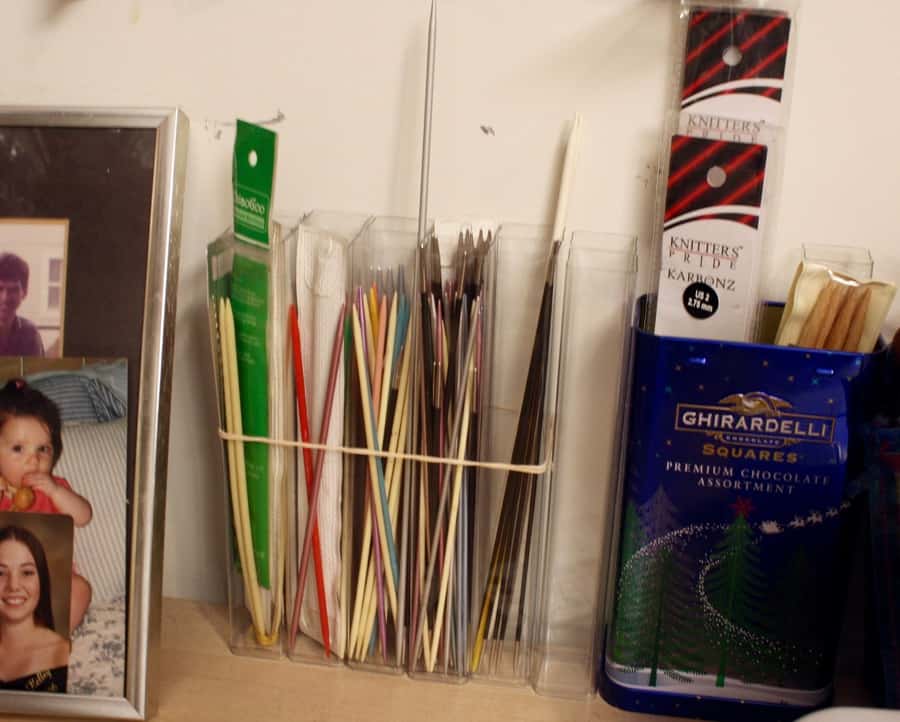 My collection of double-pointed needles was starting to get out of hand, and I was constantly forgetting where various sets of the needles were.

More so than that, whenever I’d find my favored brand of needles at a yarn store, I’d have no idea which ones I might need an extra set of…or more extra sets of.

I used to keep some of my six inch sets in a DPN case that I think was created as either a pencil case, or a make-up brush case and some others in a larger knitting neeedle case with other straight needles and then even more in an old Ghiradelli chocolate can.

Then I realized I had a bunch of 8″ long, clear plastic containers that would perfectly hold DPN’s (at least most of them. 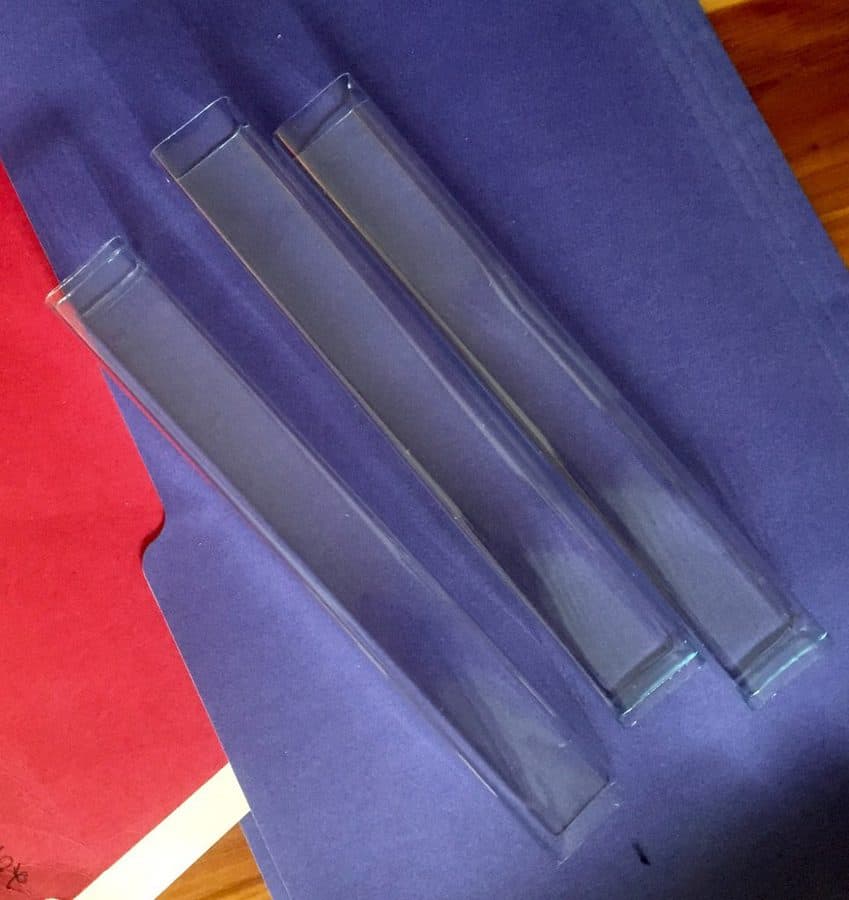 I tried fitting them into the Ghiradelli can, but it didn’t hold enough of them, and it made it difficult taking out one size, so I ended up just putting a rubber band around 10 of the containers and sorted almost all of my DPN’s. 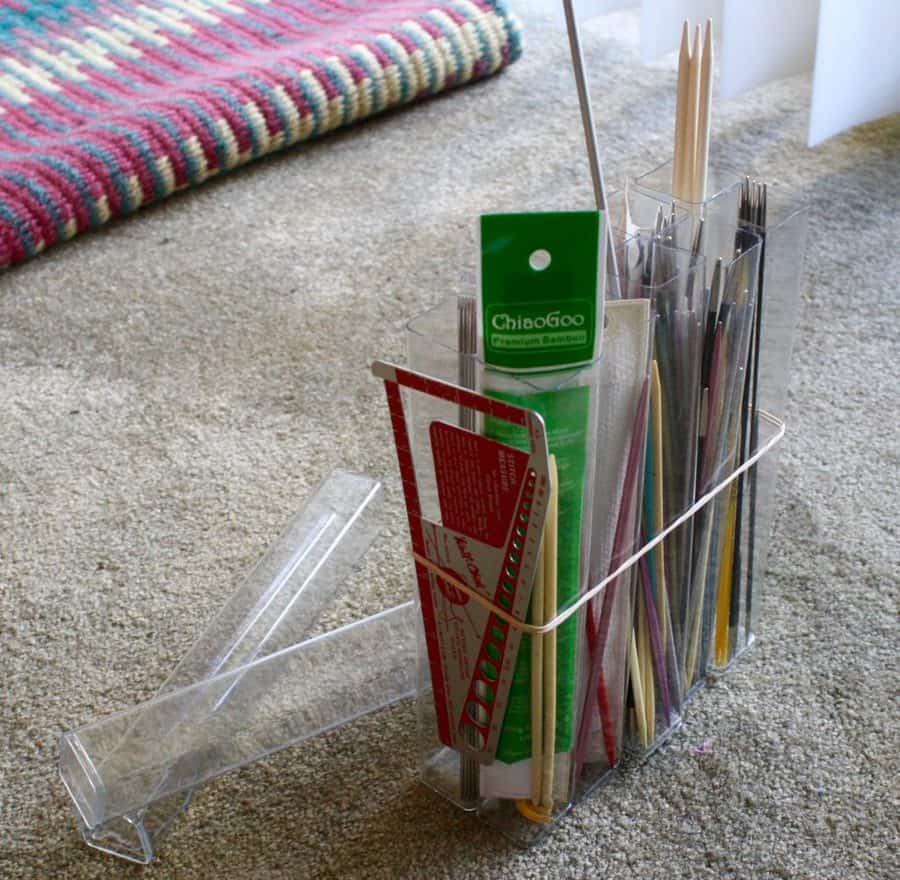 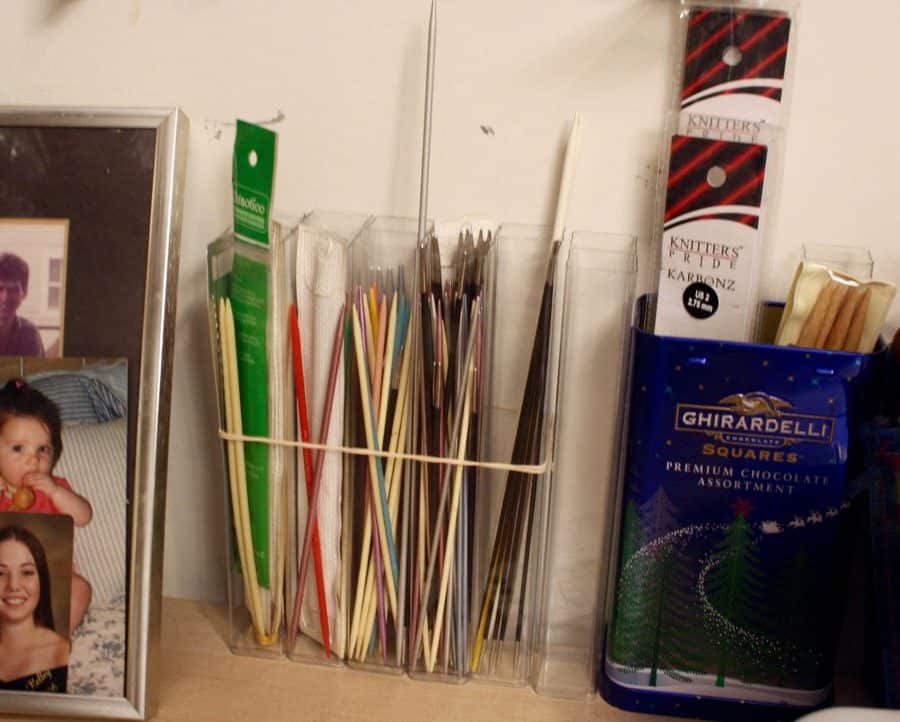 The remainder will stay in the Ghiradelli can next to it, so I will always have one central spot for my DPNs.

Added a few more rows on the Niece Blanket in Linen Stitch.  The progress wasn’t worthy of a blog photo.