A Good Guy With a Gun…

Just read about two “good guys” with guns that stopped a potential murder in a Walmart parking lot.

First of all, people that want more regulations on guns aren’t asking these guys to give up their guns.  We can still have lots of “good guys” with guns allegedly protecting us from the “bad guys” with guns.

Second, I doubt these two “good guys” were on the no-fly list and they would still be able to get and own guns to stop the “bad guys” even if one of the two laws passed.
.
Third, you’ll note the two “good guys” in the story had handguns…not AR-15’s.  Regulating who can buy a semi-automatic weapon wouldn’t have wrecked this “good guy” story at all.  Again, passing sensible gun legislation wouldn’t have stopped these “good guys” with guns.

Finally, and most importantly…name me ANY other manufacturer where it’s okay to answer a threat of their product with the answer…”buy more of our product?”

We own two guns, but only because they were left to us by my husband’s father.  We don’t have ammunition for them and most likely never will.  We have also never had to defend our home against armed “bad guys.”  I  also don’t want to own a gun, nor do I wish to carry a gun.  I don’t want to have to train to use a gun either.

The answer to people like Omar Mateen getting guns that he never should have been allowed to get both because of his background and the type of gun he was able to buy, is NOT arm everybody else with like-weapons.

The answer is to enact sensible gun legislation to limit access to this type of weapon and the purchase of guns to people like Omar Mateen.

Don’t get me wrong, Mateen could have resorted to building a homemade bomb to do his murdering, but if sensible gun legislation could save even one life…it should be enacted.

Having so much free time without having to worry about being a responsible gun owner (does that mean I’m not a “good guy?”), I’ve been able to finish my two current projects. 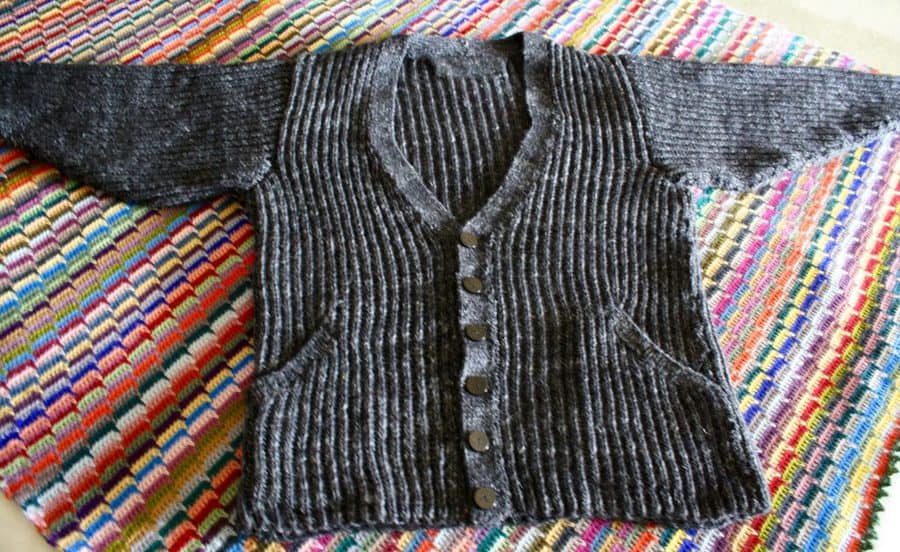 The Nephew Cardigan got all its buttons sewn on and all the ends woven in.  It ended up being the size requested, but it’s quite large.

I also finished the crochet afghan in Rowan Lightweight DK yarn in dozens of different colors. 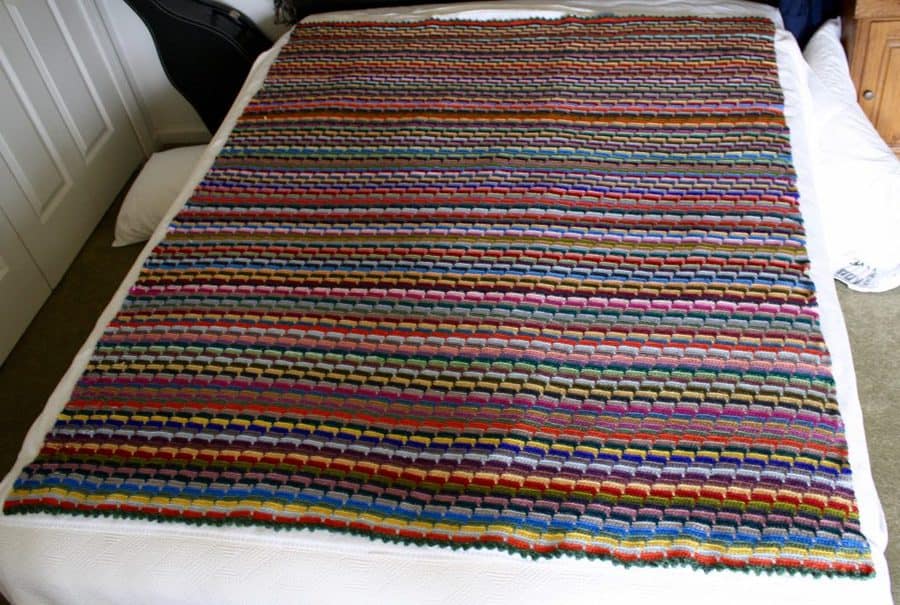 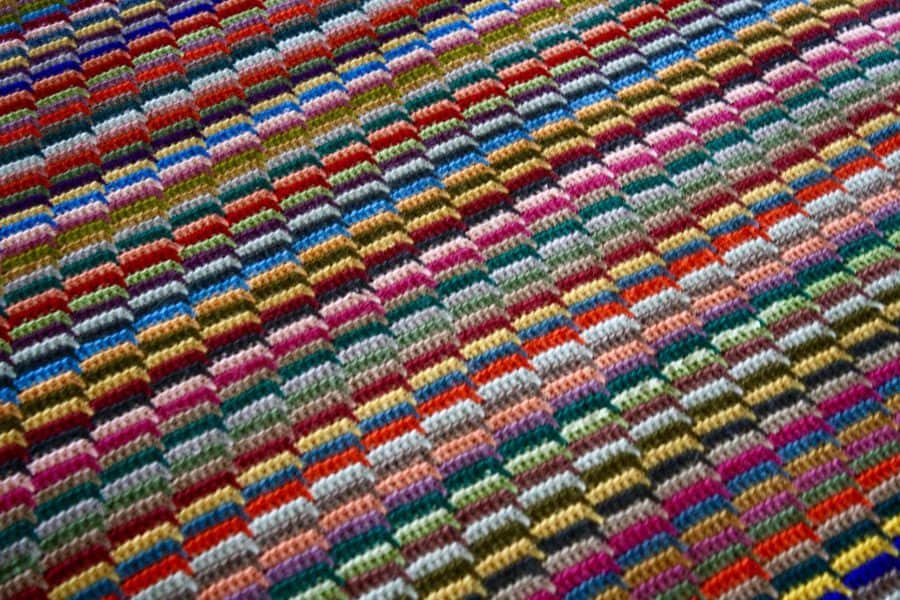 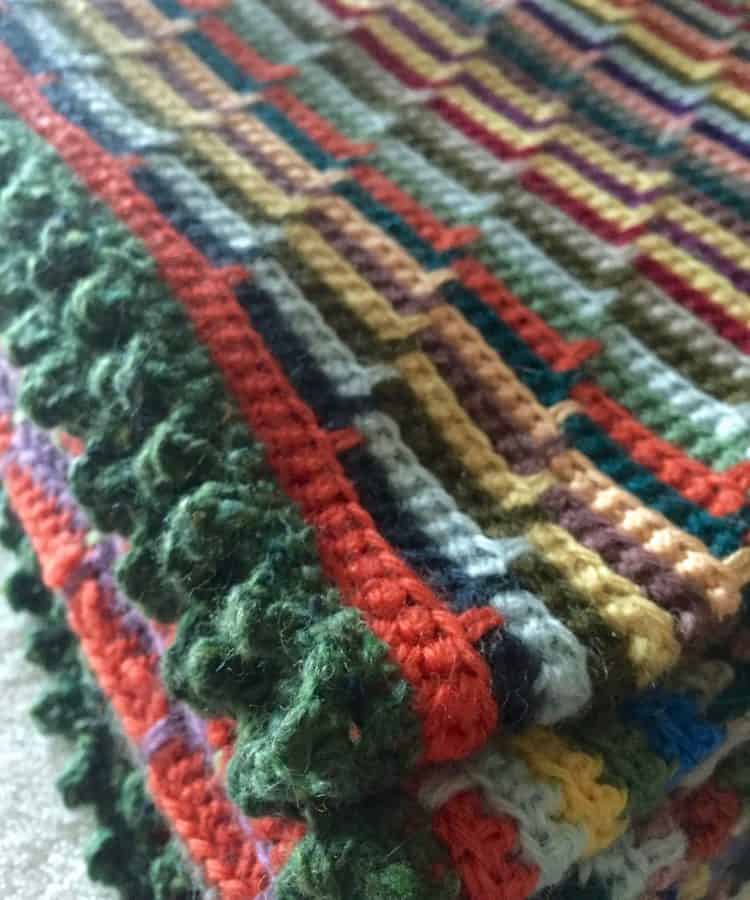 The edging was a simple crochet picot-like edging and the final measurements ended up being about 55″ x 68″ after blocking…so it ended up blocking bigger than I expected, but I love the resulting fabric and afghan. 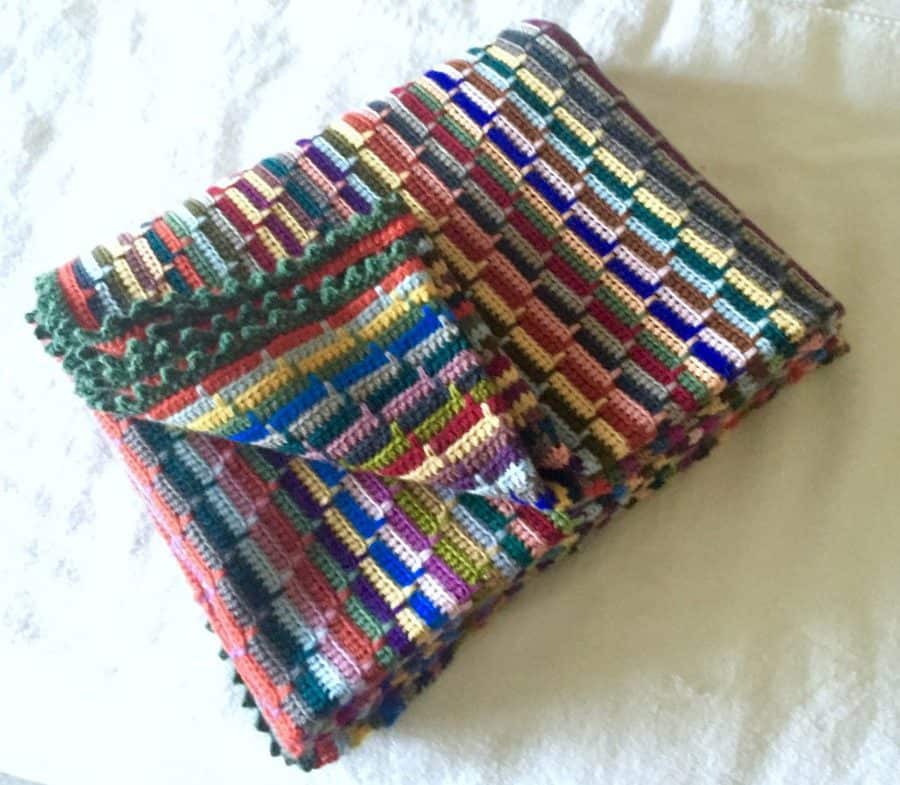 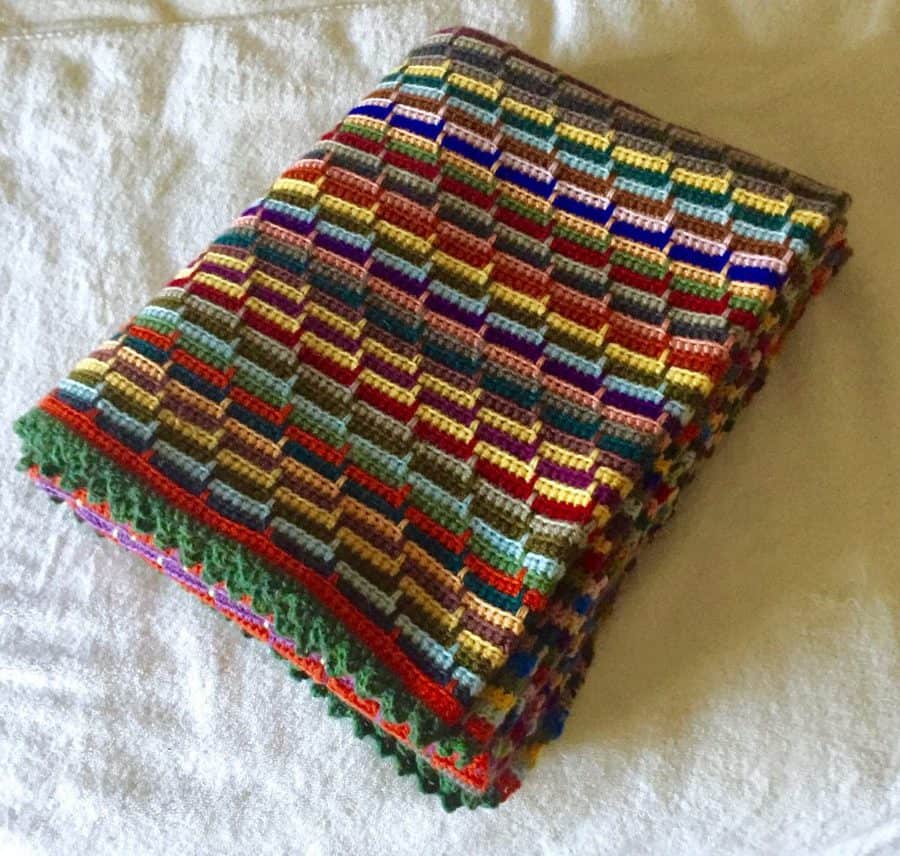