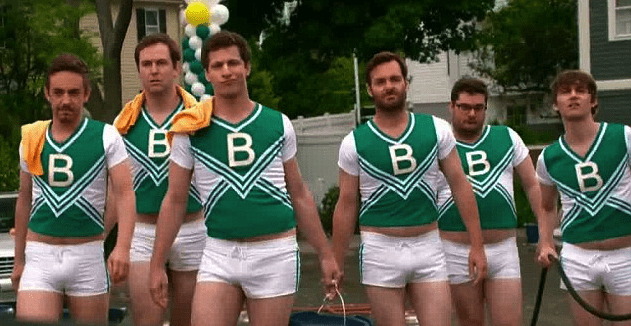 Please Stand Up to Bigotry and Hatred

Recently, I posted a questionnaire to a Facebook High School Reunion group, answering questions about my experience in High School.  One of the questions asked was if I was a a cheerleader, and my reply was, “No, that would be gay.”

One Person Can Make a Difference

I got a lot of likes and comments to my post, but only one person wrote that they found my answer to the cheerleader question offensive.

While it wasn’t meant to be offensive…it was meant to be self-deprecatingly funny…she was right.  My comment was offensive and I apologized and praised her for standing up to bigotry.  I also explained my rationale for the response.

I couldn’t have been more glad that she was courageous enough to challenge my hateful sounding comment.

It reminded me of a story my sister told me about my mom shortly after my family found out I was gay.  My mom wasn’t thrilled with having a gay son when she first found out, but after hearing this story, I knew she had worked her way through it for herself.  My mom and sister were with some neighbors and one of the neighbors told a gay joke.  My sister couldn’t remember the joke, but she said the joke wasn’t hateful and didn’t in any way put gays in a bad light.  My mother turned to the friend/neighbor who told the joke and said, “Excuse me, my son is gay and I find that offensive.”

I couldn’t have been more proud of my mom and her newfound pride in me.

Suffice it to say, most people don’t tell gay jokes in front of me…or racist, sexist, transphobic, or ethnic jokes either.  But I will make sure I don’t let any hateful statements go unchallenged.

I did end up finishing the last of the three Interlocking Crochet Scarves this past weekend, including weaving in the ends. 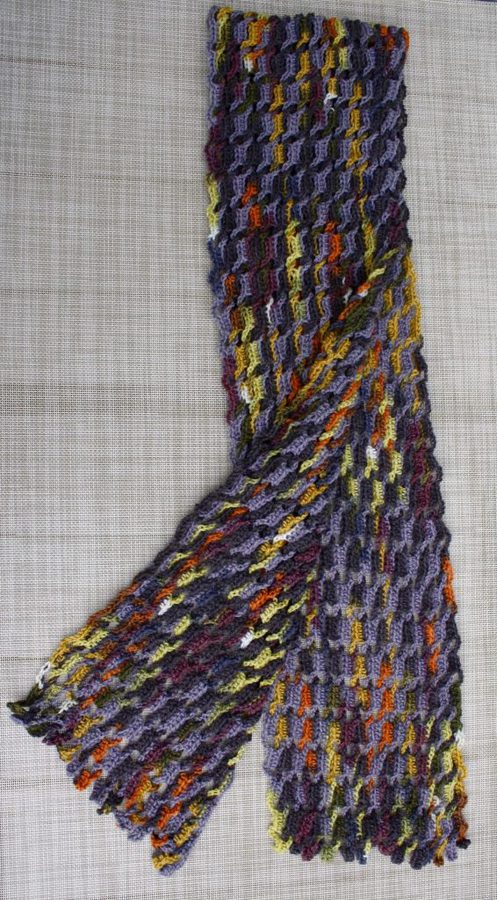 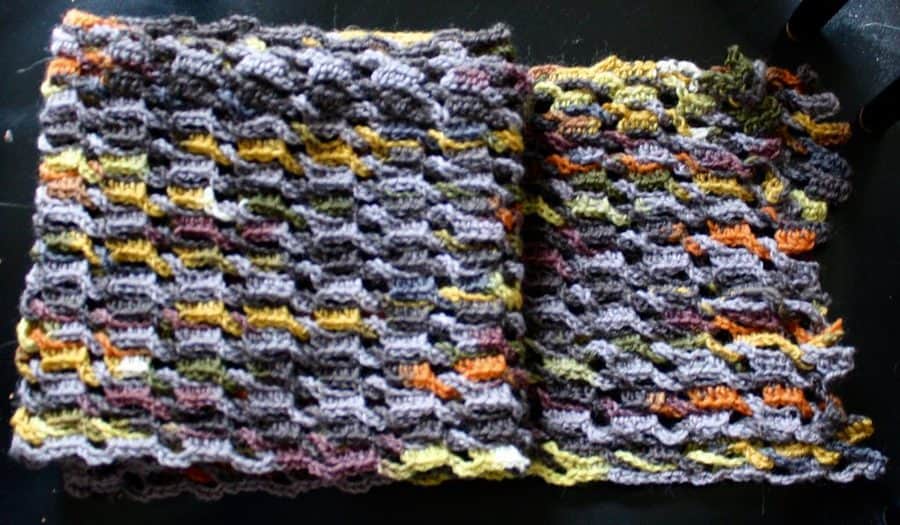 I do still have to weave in the ends for the other two scarves, but it’s getting easier. 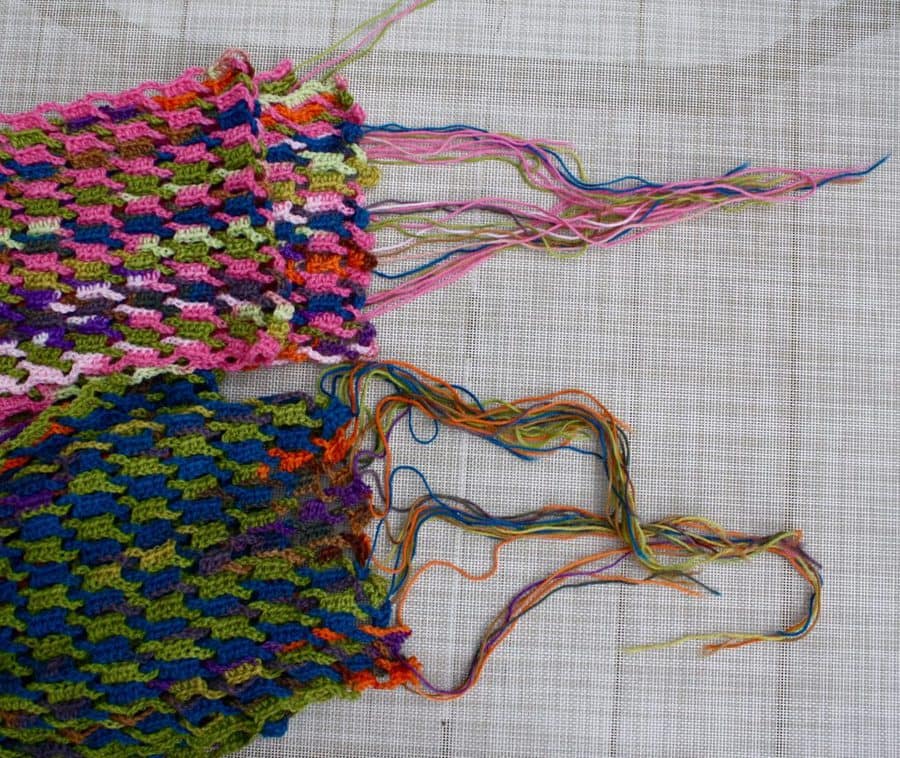 Going back to work on the first two scarves will be a pleasure…I love the colorways even more today.