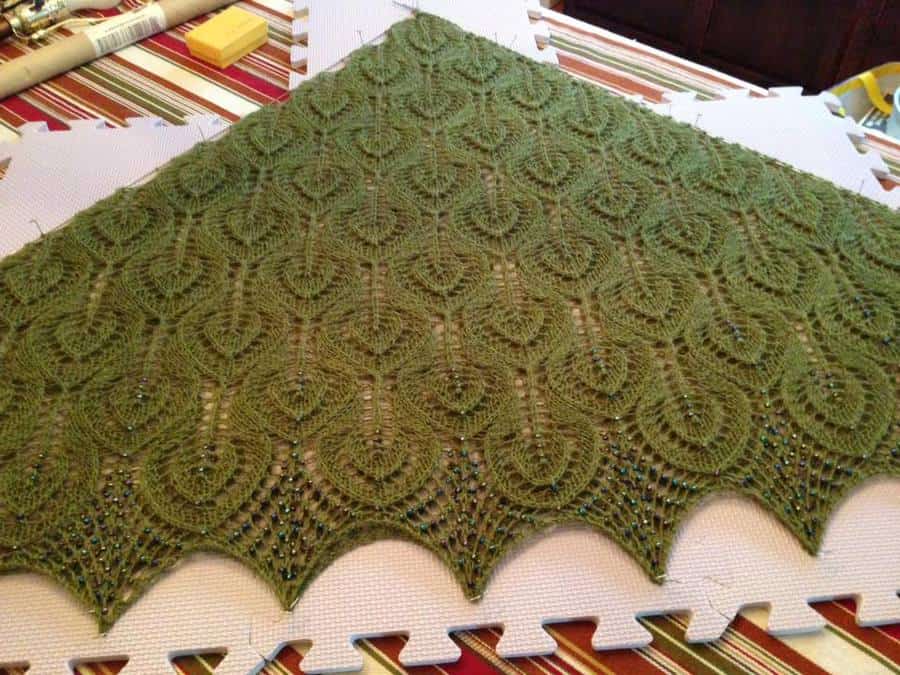 It never ceases to amaze me when folks consider a compliment from me as more important than from someone else.

Who Is Blush-Worthy To You?

Marie posted a beautiful beaded Peacock Shawl she made with Sock-Ease (my favorite solid color) and I noted what nice work she does and she replied with a ::blush:: (I hope you don’t mind that I stole your photo from Facebook).

It made me realize how much value in certain people’s opinion about my work.

There are a number of amazing knit-designers who’s opinion I highly value…especially in their field of expertise.  Just as an example (since there are LOTS of designers who could make me blush), if Ron Schweitzer were to compliment a Fair Isle design of mine, I would be beyond thrilled.

Who does that for you?

Work has been incredibly busy this week and has really cramped my style when it comes to knitting.  I was able to get some work done on the Cross-Stitch Scarf done in two colorways of Sock-Ease (one of them is the same that Marie used). 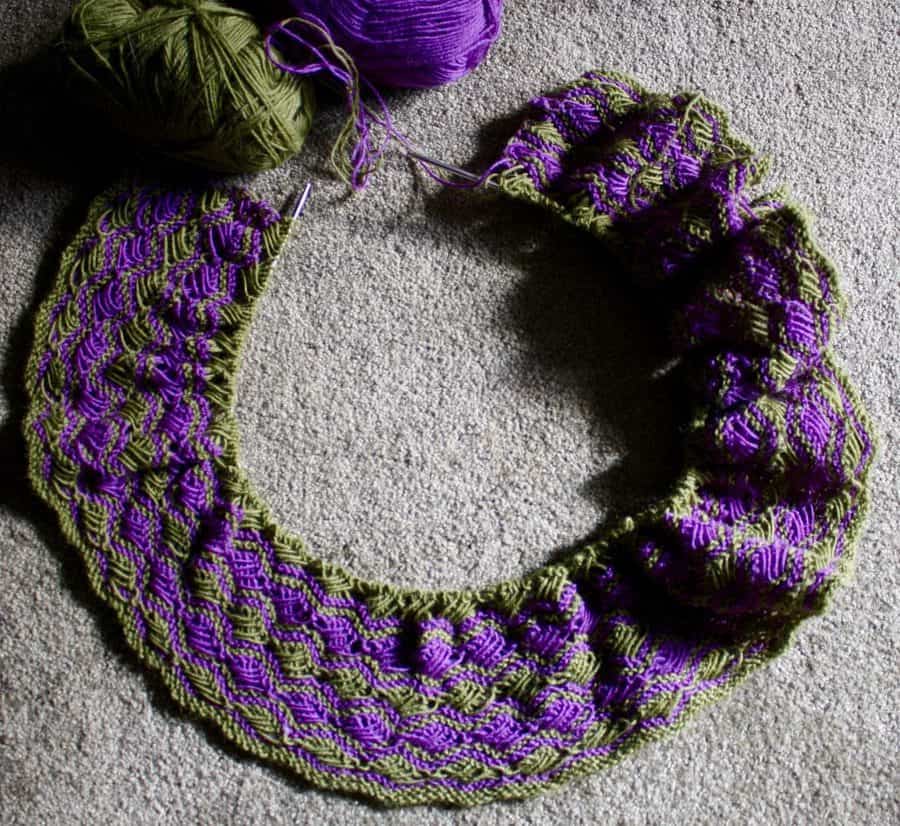 In an e-mail from Gretchen, she asks, “Do you have a pattern to recommend for a knitted scarf? Variegated worsted wool yarn; roll resistant; not too dense a fabric; fun to knit; but easy enough to be worked on while traveling, talking, etc.”

My best effort was a slightly modified version of the Cross-Stitch scarf done with worsted weight and on much bigger needles (don’t ask me now, I have no idea). 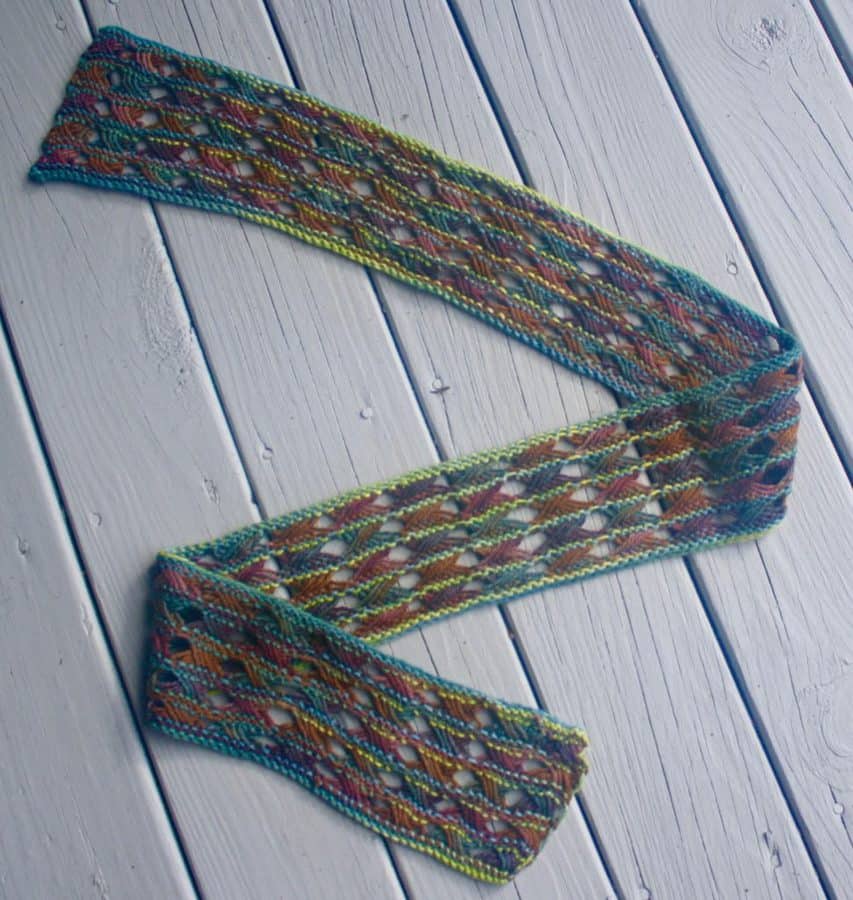 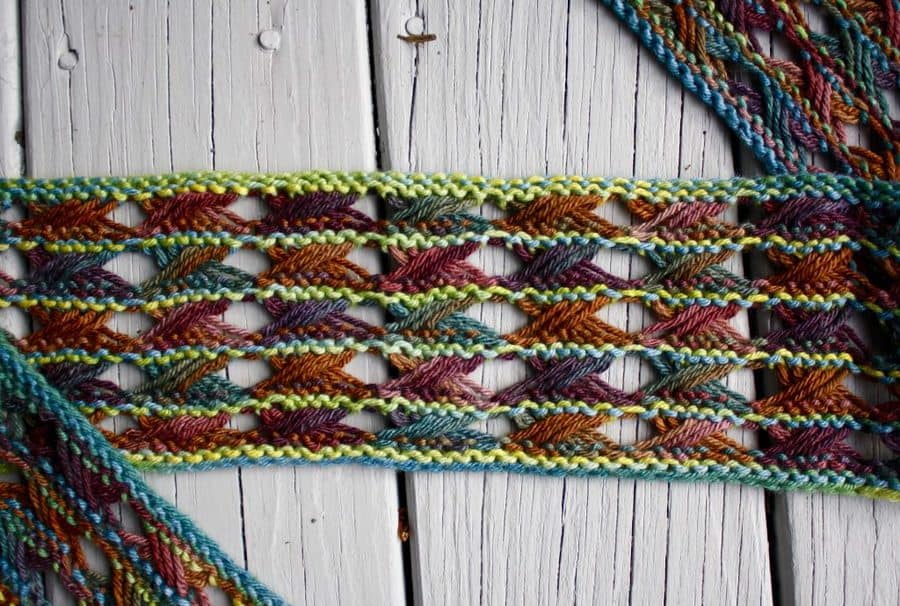 I think this was two different colorways of variegated worsted weight yarn, just like the pattern calls for.  Other than the cross-over rows, it’s really quite a simple knit.