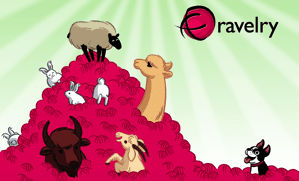 I’m not a very prolific designer, but I have “published” a few patterns for knitters and crocheters, and I have been more than thrilled with how easy it is to publish and sell patterns on Ravelry.

Being a Ravelry “Pro”

Back in 2012, I realized that I could sell my knitting and crochet patterns on Ravelry and once the pattern is in their database, they do all the work.

Ravelry lets knitters and crocheters search for my patterns, browse my patterns, search on tag words in my patterns, look for specific features in a pattern and also lets them purchase the pattern and charges them for it via PayPal.  But most of  you know this already.

Other features that I love:

I just updated the pattern for the Cross-Stitch Scarf and for everyone that’s ever purchased it, they will be notified of the change and be able to download the most updated version.  And any new purchaser will get the most up-to-date version automatically.

Ravelry definitely makes my life as a designer/pattern publisher MUCH easier.

I did finally finish my latest Cross-Stitch Scarf and it came out beautifully! 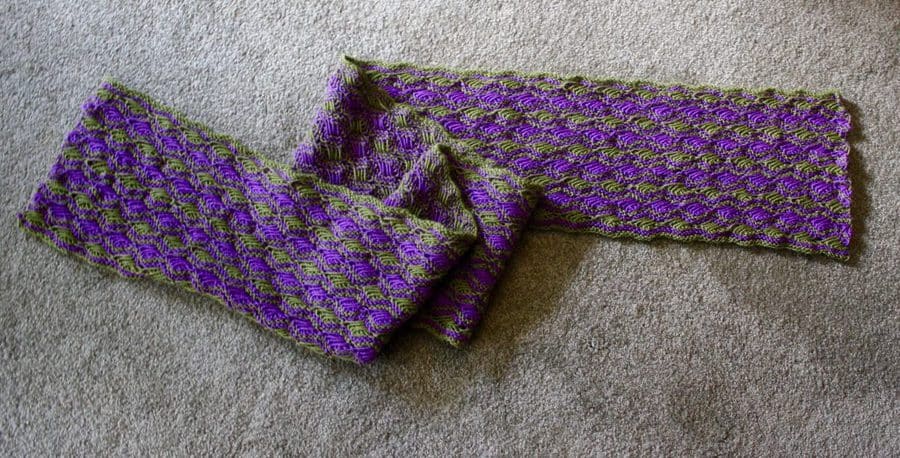 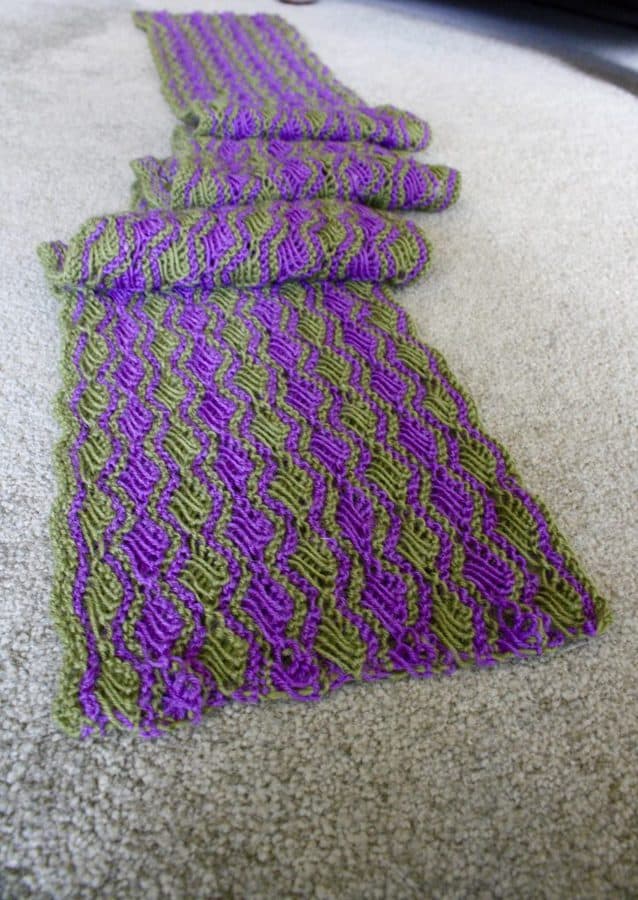 FYI, for those that got the update, this is using the alternate stitch definition that I just added.  The resulting scarf is a bit less lacy and more “solid”, but it still has the loose drape of the original design.