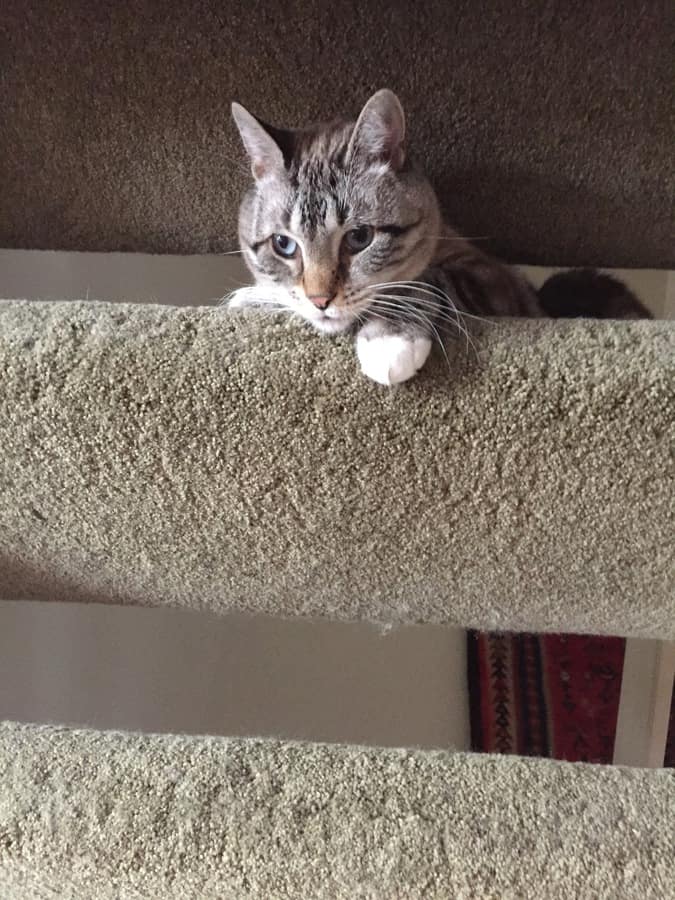 Peter visited from Australia, Finn played on the stairs and Thaddeus found an awesome mushroom that’s bigger than my head.

Peter (Nanna) from Australia was here for Rhinebeck, Botany lectures and the Great Lakes Men’s Knitting Retreat this weekend.  He was staying with another botanist, Lena and they came and visited for lunch, coffee and discussions of botany and mycology.

I only have a crappy photo of Peter: 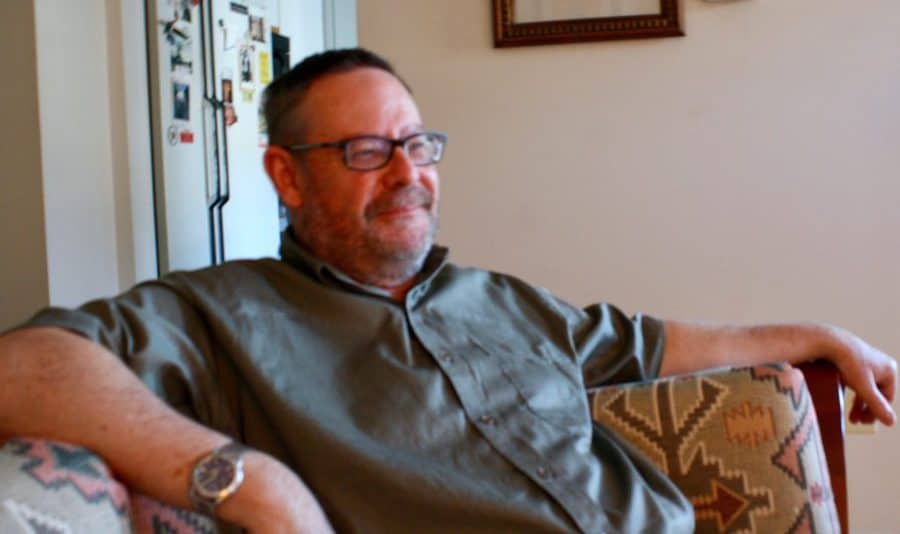 My apologies to Peter…he’s a much better looking than my photography skills were able to to show.

When Peter’s friend, Lena, indicated she had recently had “hen of the woods” mushrooms (Maitake in Japanese or Grifola Frondosa in Latin) that she bought at a farmer’s market, it spurred Thaddeus to check out favorite  spot again and found a LOT of this wonderful mushroom. 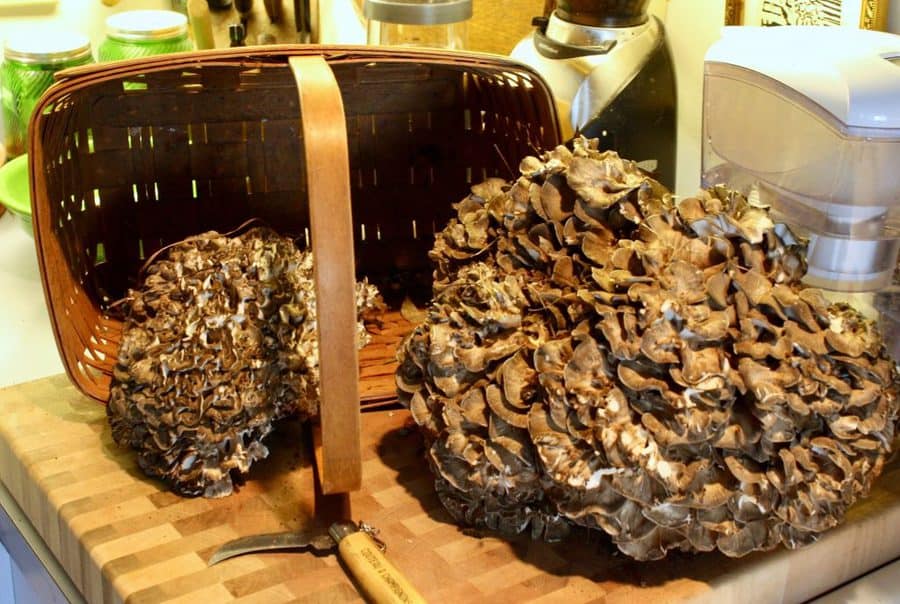 And Finn was caught on film looking like a little kitten. 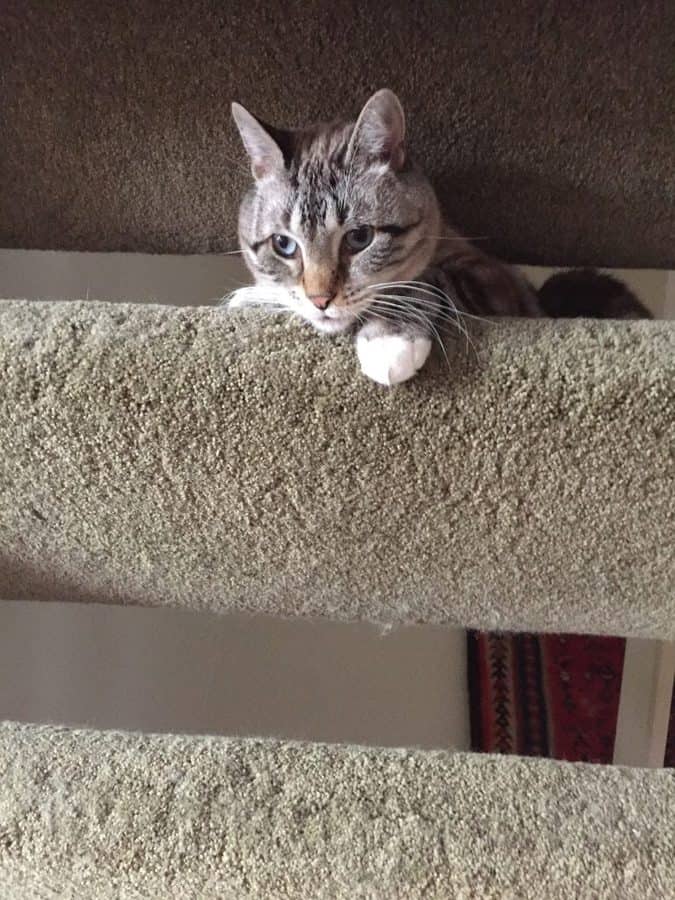 Without any single, coherent topic, you get a mishmash today.

I finished one more West Coast Watchcap for sale at this weekends Craft Show. 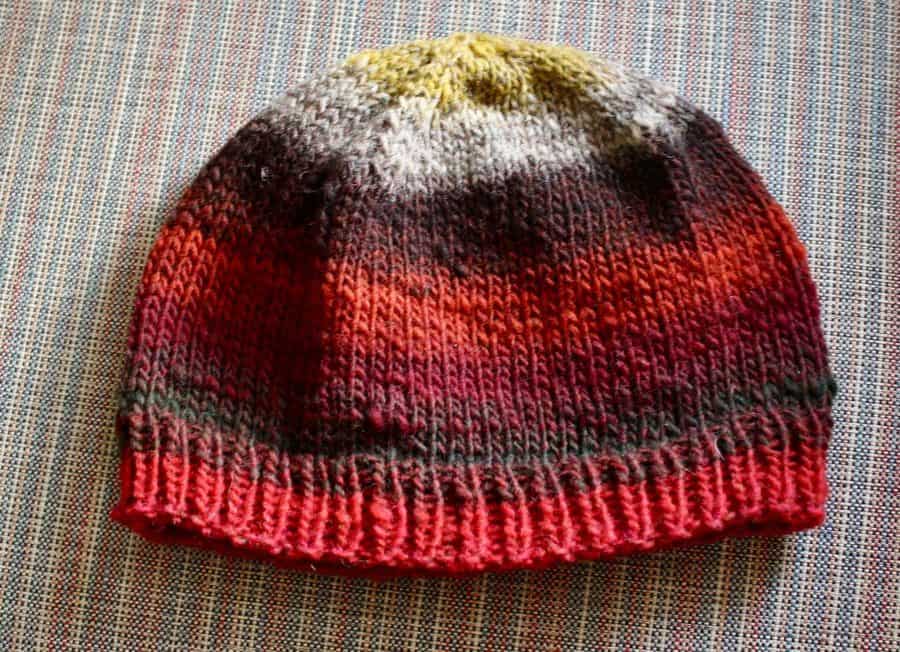 I also re-blocked two felted hats I made a long time ago and priced them for the show as well. 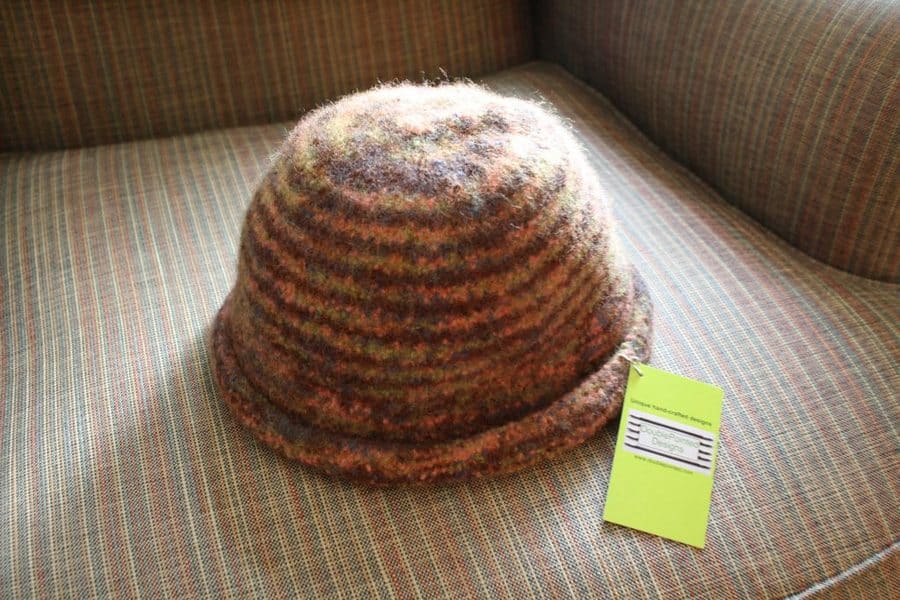 Well, there’s only one in the photo, but the other one looks pretty similar.  I am very excited about the upcoming show and a bit nervous since this is my first time.