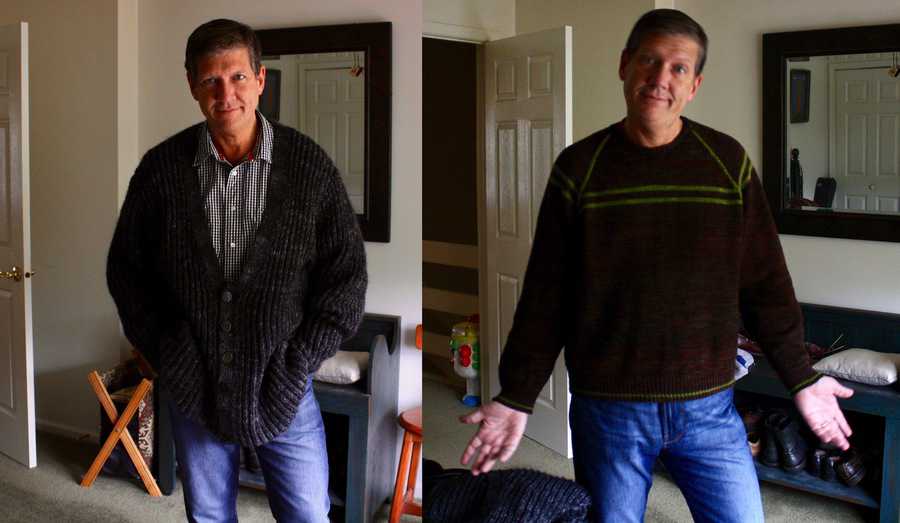 Sometimes I think I should dummy down my knitting and make it look more homemade.

My first craft show was two days.  For the first day, I wore a very loose fitting cardigan the I finished last year using a Cascade yarn called Rustic.  For the second day, I wore my Racing Stripe Pullover.

For all of the first day, people commented on my sweater, noting what a nice job I had done making it, or asking if I had made it.

For the second day, I didn’t get one comment about what I was wearing.

I thought it was somewhat odd, and wondered if people just didn’t realize my pullover was hand knit.

It was confirmed when I visited my mom a couple of days ago, wearing the Racing Stripe Pullover.  I was telling how the craft show went, and at one point she asked, “You didn’t knit that sweater did you?”  Despite having knit her a very nice fine-gauge cardigan a couple years ago (which she still wears) and looks like she could have purchased it at Macy’s, she still couldn’t fathom that I had knit such a nicely designed and knit pullover.

Perhaps I should have included a reindeer on the front, or added faux seams to the sides that looked crappy…I’m thinking a sign around my neck would be too much.

At least when I wear my hand-knits when Thaddeus is with me, he knows to boast on my behalf by telling people I designed and knit items like the Racing Stripe Pullover.

Despite having had to pull out 20 rows of knitting to correct an error, I have made progress on the latest Biased Wrap. 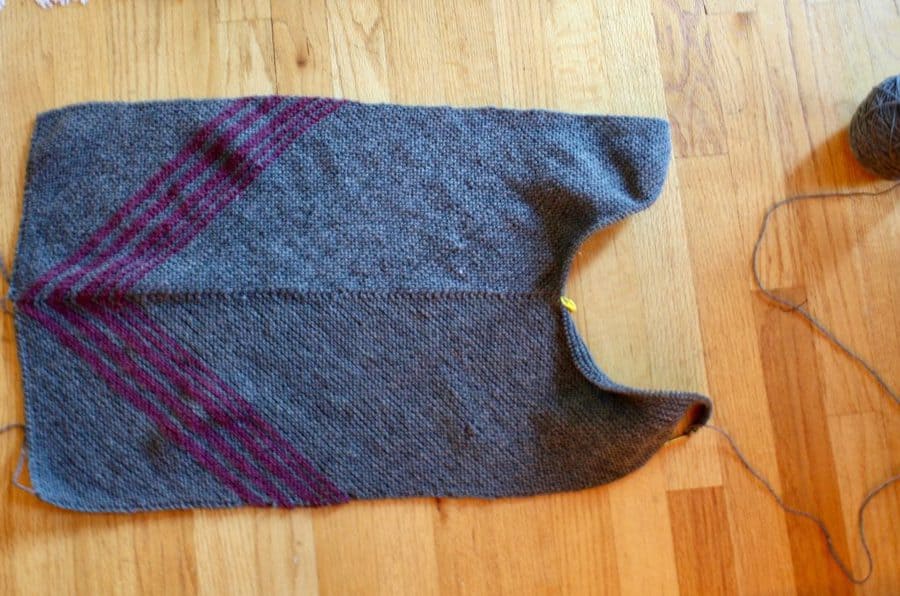 I’m thinking about making this garment about 60 inches, so it’s about halfway finished now.  I’m hopeful that washing this wool will make it a bit softer…while a wrap won’t necessary touch the skin directly, I would like it to be comfortable if it does.