I’ve always hated the competitive nature of people who claim this country is “NUMBER ONE!”

I’ve read a lot of articles and I’ve seen a number of movies that show how the United States isn’t anywhere close to number one in a lot of important areas.  I won’t rehash those…Michael Moore does a fine job in his movie Where To Invade Next?

I will say that if you ask any nation that enjoys drinking tea, they will tell you that getting a good cup of tea in this country isn’t very easy. 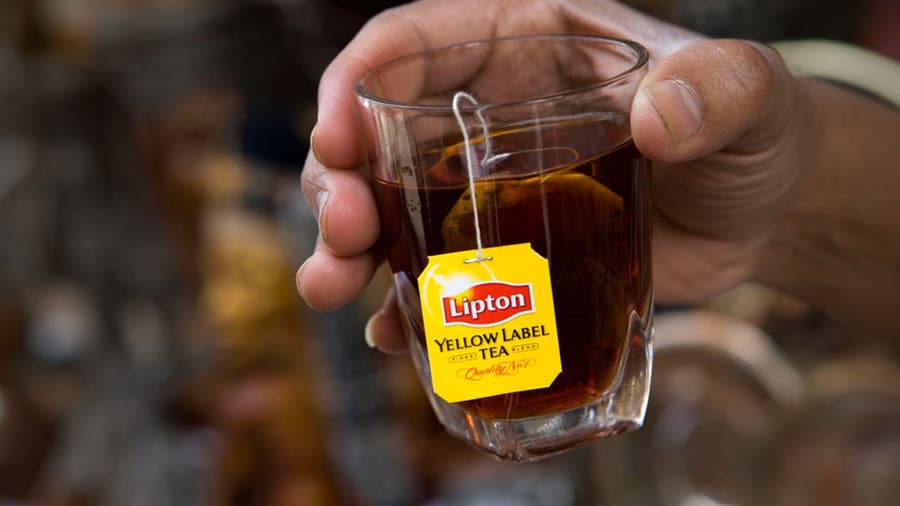 But it could be that our options for tea in this country just suck and I was forced to enjoy lattes and coffee because the tea was so awful.

But I do like fresh-brewed iced tea, and always have a container of it in my refrigerator (even during the winter).  For years we made our iced tea using a brand called Luzianne tea (not the cold-brewed bags…the hot-brewed bags).  It made an adequate iced tea, in my American opinion.

But then Thaddeus got a chance to taste a tea at our local Middle-Eastern restaurant…it was a cardamom tea.  I’m not a huge fan of cardamom, and not a huge fan of tea, so I refused to even taste it.  But he asked the server what brand of tea they used and Thaddeus went out and bought a box of the same brand. 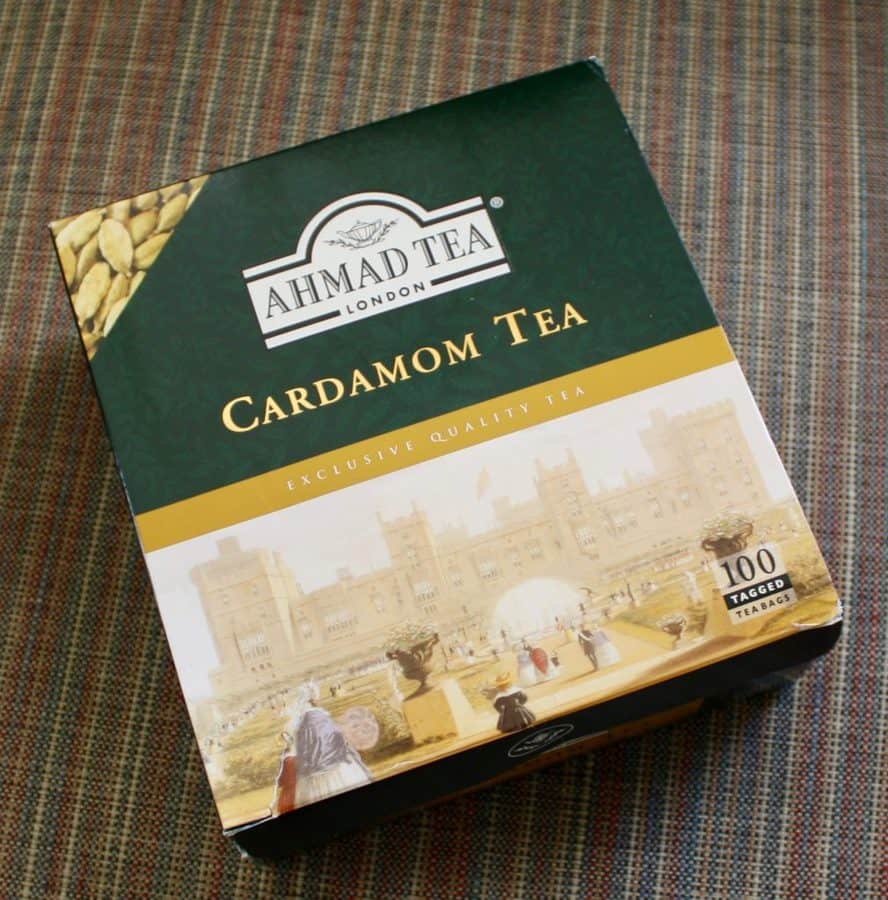 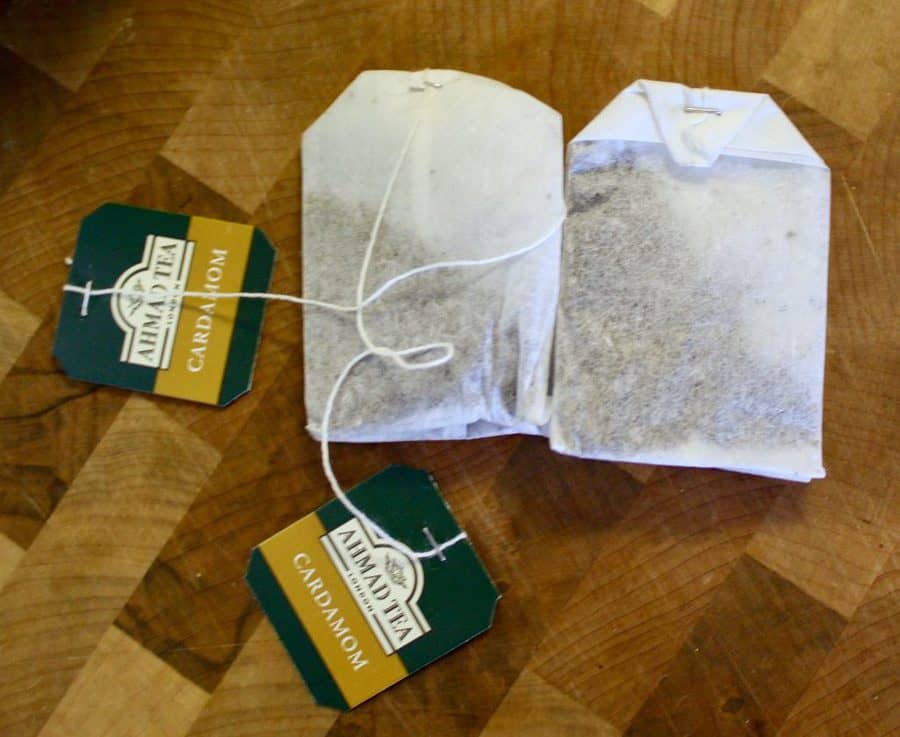 Ahmad Tea’s Cardamom tea…he made a container of iced tea with it and forced me to try it.

He was right…it is the best testing, most refreshing and satisfying iced tea I had ever had.  I have even tried it hot a few times and I LOVE this tea.  You Brits really know what you’re doing!

Of course it’s made in England, so it doesn’t bring the U.S. any closer to being number one.

I ended up finishing the Biased Wrap, although I still have to weave in some the ends and wash it.  I also started a new project. 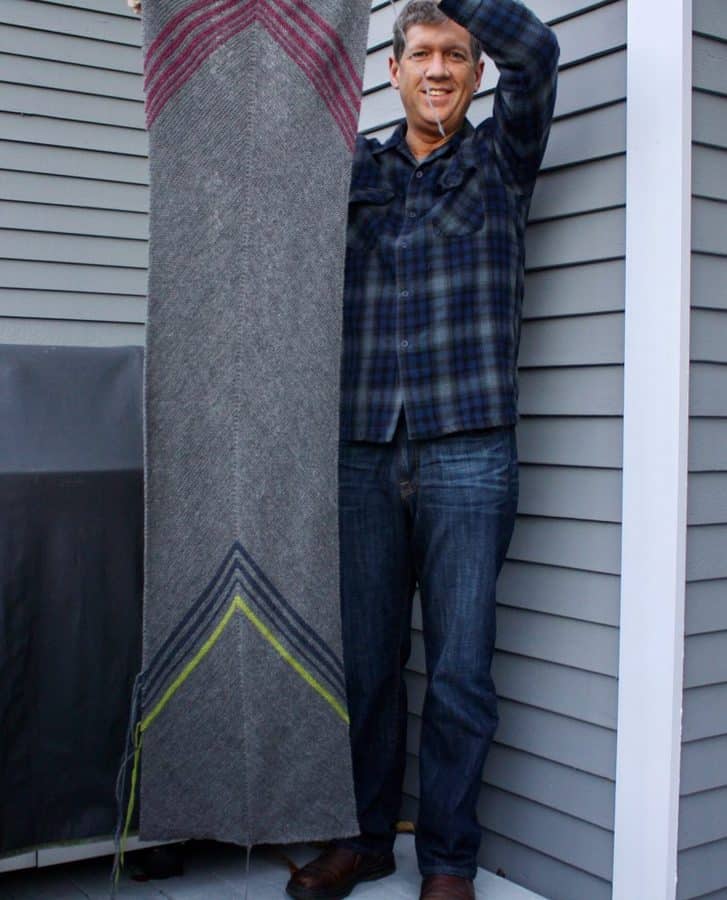 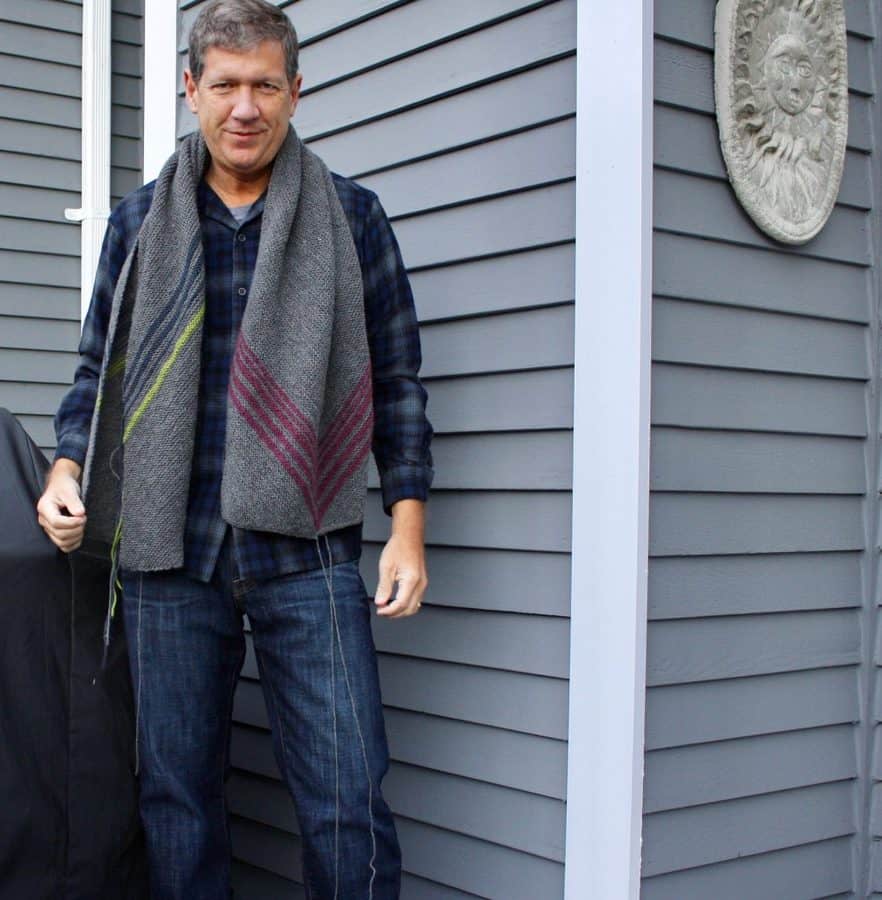 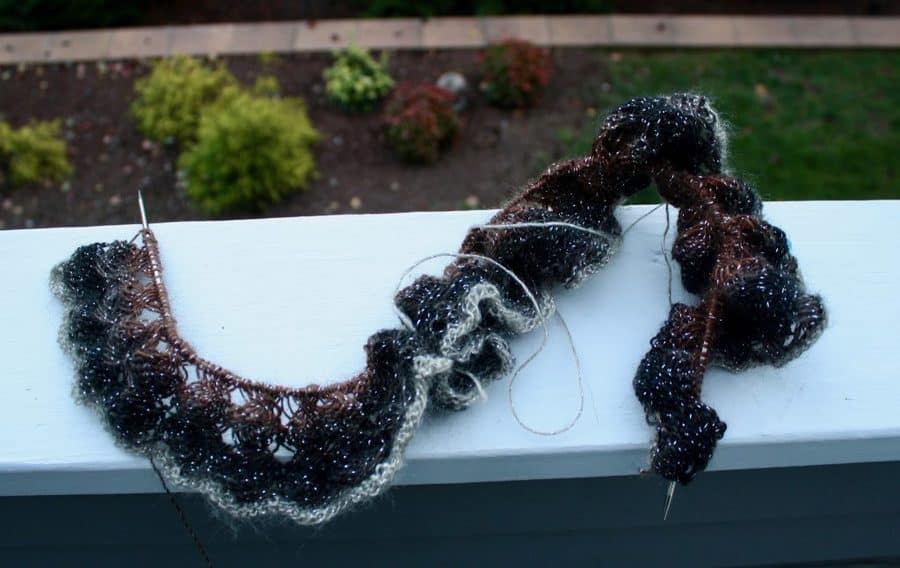 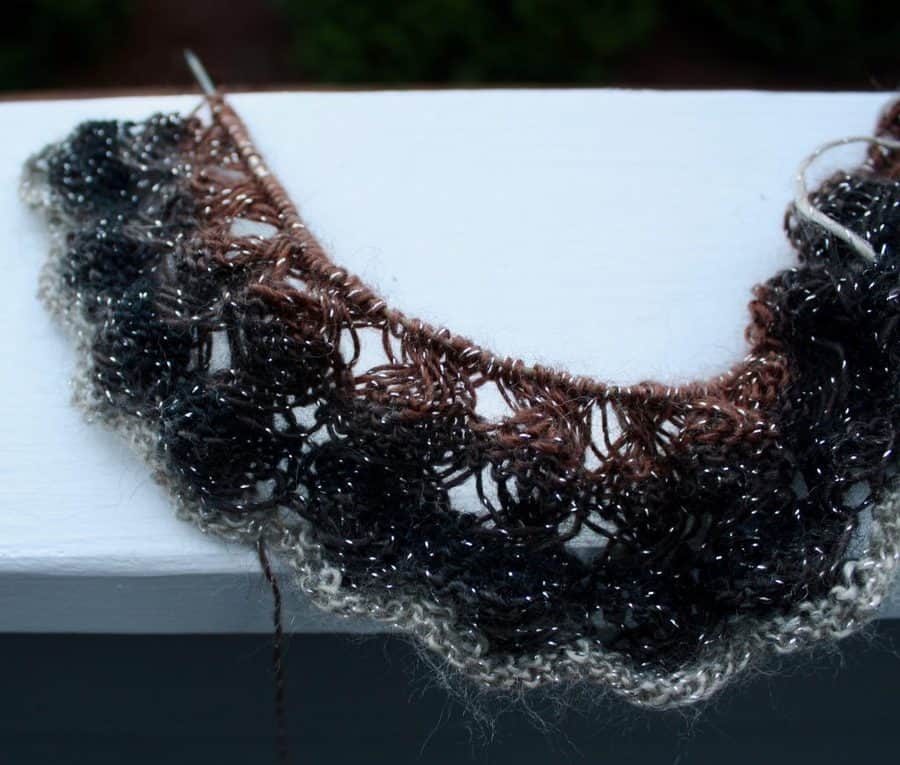 The blob of glittery silver, black and tan is a new Cross Stitch Scarf that will help to replace inventory for my next Fine Arts and Crafts Show the first week in December.  For anyone in the Hunterdon County, NJ or Bucks County, PA areas, this is an excellent craft show and a perfect place to pick up very nice gifts for the holidays.