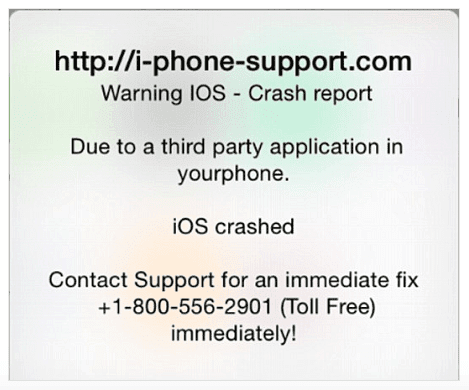 It’s bad enough that you can have your computer data hijacked by clicking on an e-mail attachment, but now your iPad and iPhone are at risk by just clicking on a web site!

A friend of mine told me about how he contracted some virus that locked up his iPad and required him to pay a tech company $100 to unlock it.

Or worse yet, some FBI or police notification indicates you’ve caused a problem and need to call a toll-free number right away.

You call the number and they charge you $100 to fix the problem.  They also request your iCloud password to complete the changes for you.

If that’s not bad enough, they call you back two weeks later telling you additional updates need to be made for an additional $100.

My friend paid the initial $100 to get his iPad unlocked, and fortunately he didn’t know his iCloud password and couldn’t find where he had written it down.  And when they called him back two weeks later, he had them call me to explain the issue before he’d authorize any more money.

They actually called me and these scumbags threatened all kinds of dire consequences to my friends iPad if he didn’t continue with the updates.  I was just going to tell them not to call my friend back, but “Justin” got mean, so I started to interrogate him.  Asked his full name (wouldn’t give it), the company name (said it was Mind Tech, but it wasn’t – he had called from an “Unknown Number).  Asked where he was calling from (he said California).  Asked him for a web URL so I could verify his information and was told that was only provided to clients, like my friend.

Just so you know, the company that called my friend is called OnTimeTechSupport . com because they sent him a follow-up e-mail to confirm all they had charged him for was at his request.  A company called Eastside Media LLC charged his credit card.

None of it was necessary, and my friend is contesting the charge with his credit card company.

There are a few different scams but most of them just require you to stop the Java Script that is locking Safari.  I haven’t tried it, but a google search indicates that when you see a pop-up like the one above, go to your settings and enable airplane mode. This will cut all connections with Wi-Fi and cellular services. Then remove browsing history on your Safari app by  going to Settings > Safari > Clear history. Turn airplane mode off and reopen Safari – you should be good to go.

The three Pink PussyHats were completed in time to deliver them my friend who will be wearing one and giving away the other two at the march on January 21st.  I finished the last one minutes before I had to deliver it, so I forgot to get a photo, but they came out great.

I also finished the pattern for the Milano Scarf and published it out on Ravelry.

Finally, I also made additional progress on the Easton Logo blanket. 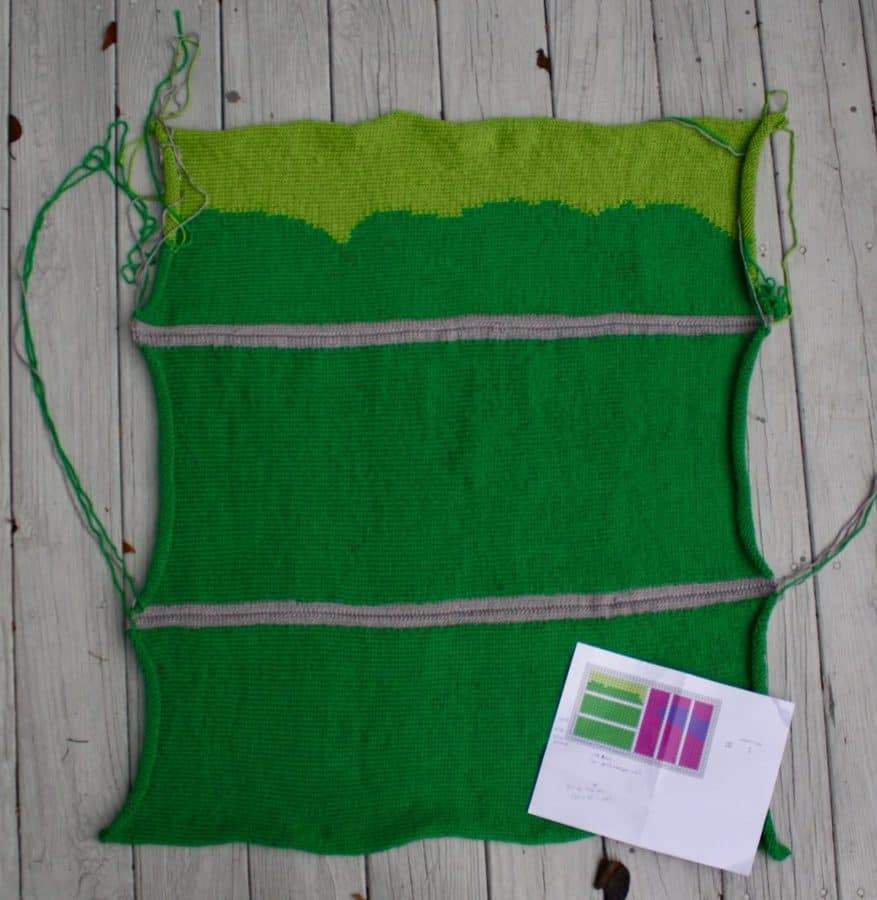 Now I need to start on the purple side.