What Is The Plural of Lithotripsy?

Yes…during my latest encounter with a kidney stone, it turns out that the 6.5mm stone that was causing me issues had a mate in the other kidney that was even larger.

Is There a Two-Fer Discount?

The smaller, problematic stone had moved down my ureter, blocking the flow of fluid on my right side into the bladder.  It also caused quite a bit of pain. 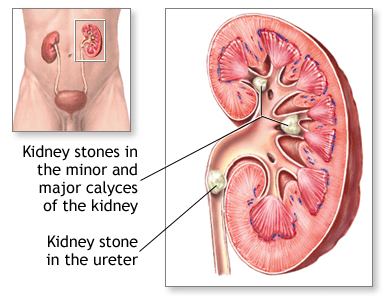 The first lithotripsy completely pulverized the blocking stone (and I only had one stone on my right…unlike the graphic above).

Since I had met my annual deductible, and the doctor thought it was advisable, I scheduled a second lithotripsy on Friday and had the stone embedded in my left kidney pulverized as well.

So far, so good…no pain or other ill effects from the second lithotripsy.

With the discomfort and anxiety of another medical procedure, I decided to work only on the afterthought heel sock project…I figured if I messed it up it wouldn’t require much to re-do it. 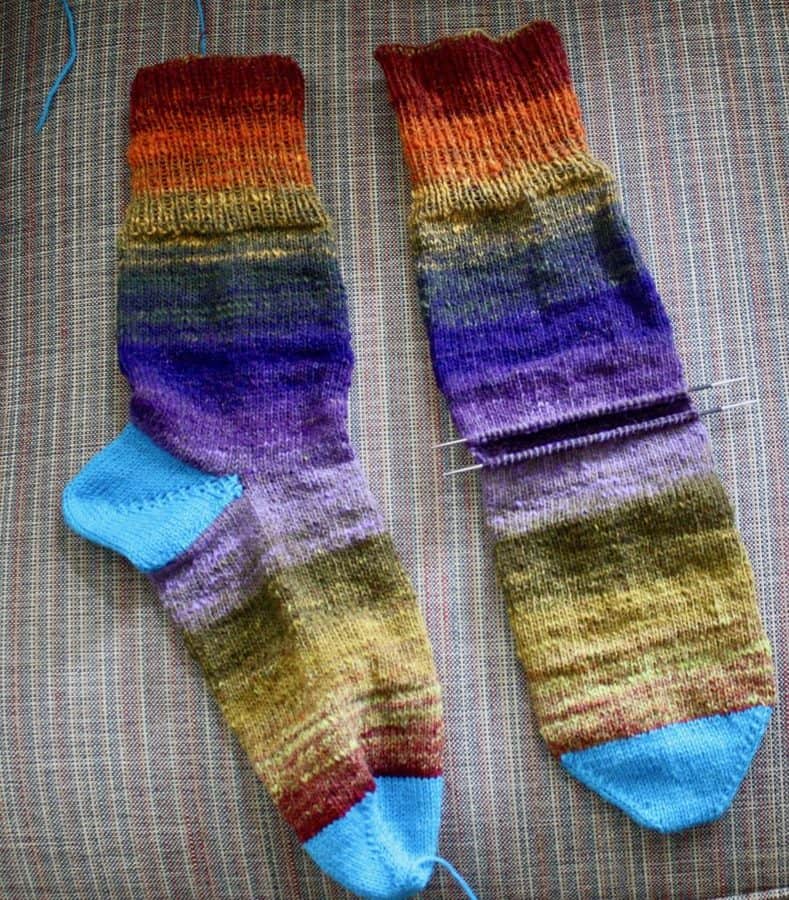 Suffice it to say, the first heel is now complete after three different attempts which I ripped out.  I finally landed on a standard short-row heel, using the wrap & turn short-row technique.  My first attempt was to use Japanese short-rows, which I hated for a heel.