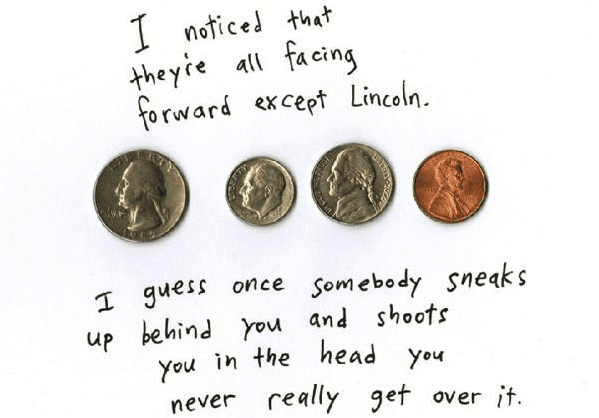 Time to Just Get Over It

“There are still trump supporters out there…. how? How is that even possible?”

One of the commenters left the following response,

“There are many of us around who support President Trump, but choose to not discuss politics in a social media setting. I will not discuss my views here, but will say we do not have Stockholm Syndrome, are not delusional, stupid, ignorant or unintelligent. We also do not feel we have made a mistake or are ashamed. We are not sheeple. We have differing opinions. I am silent because it is better to have rational discussions about topics with people who do not hate and do not call me names rather than have an argument or debate with adults who feel name calling and disrespect is socially acceptable. I would rather keep good friends, regardless of what our opinions are, and agree we do not see eye-to-eye than call them horrible things and think that is okay. We are many. My husband and I raise our children to have a mind of their own and to know it is okay to not always agree, but to be respectful and kind. The hatred throughout the political spectrum is not going to do anything but continue to put distance between Americans. It is a sad situation for our country. If you are a “friend” of mine, you are of course more than welcome to unfriend, unfollow, block or ban. Honestly, it makes no difference to me in the grand scheme of life. I am on Facebook as a decent human being and enjoy my social media friends regardless of their political positions, because that is not all that makes us who we are.”

Those of you who know me, know that I hate this president (yes, I know “hate” is a strong word…I hate him).  There is not one aspect of him that I can even say I admire…not one.  When I say we need to “get over it” I don’t mean to say that we should in any way stop working against all that he’s trying to do to my country and I will fight him at every opportunity.

What I do think we have to “get over” is that there are people who think very differently in this country than we do…enough of them in key States that they elected someone I find utterly detestable.  But the fact that these people exist, is something I need to recognize.  People who were terrified of the thought of Hillary running our country, and found great comfort in the alternative that was presented to them…people that weren’t as afraid of radical change to the status quo…or even more so, yearned for it.

I don’t agree with these people, but I do recognize they do exist and they have as much right to their opinion as I do mine.  I will work as hard as I can to win over their hearts and minds and find alternatives that they find better suited to their ideals than the man who currently inhabits the White House.

I have been a bit obsessed lately with a pattern for a coffee cup sleeve I found recently on Pinterest called “I’d Love Some Coffee” by Thaddeus Nelson. 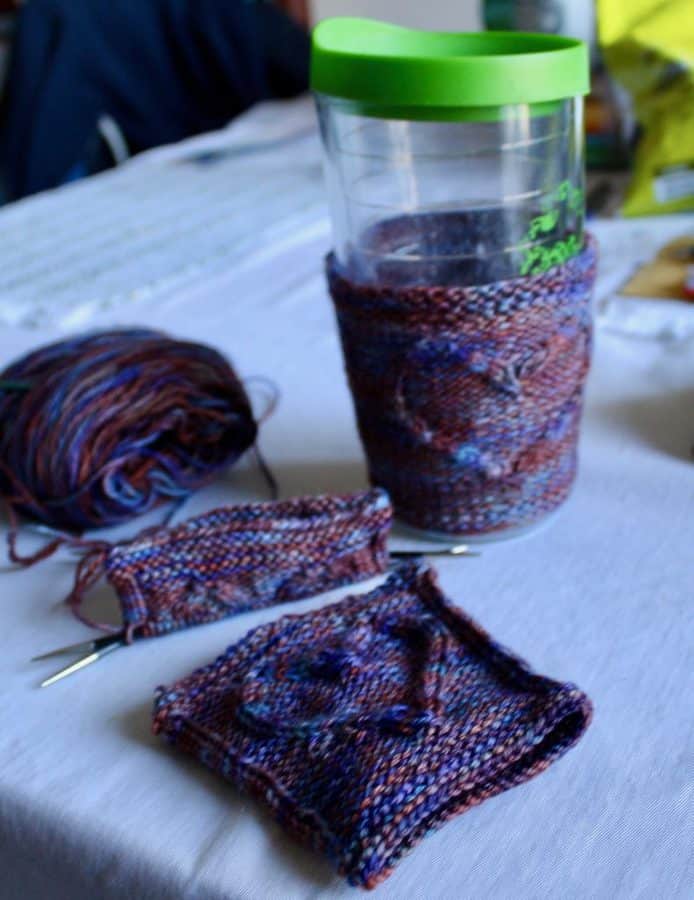 So I’ve made a few of them in this fantastic yarn I got at the Rocky Mountain Men’s Knitting Retreat a while ago…they look fantastic and they knit up rather quickly (once you get past the fiddliness of some of the stitch transfers.  I think I’ll be making a lot of these cup cozies.