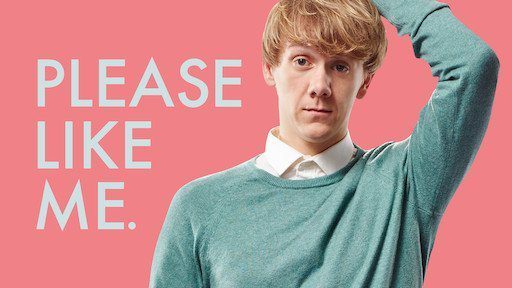 This isn’t a request…it’s the name of an Australian television show called “Please Like Me”, written by the person in the video above (he’s also plays the main character.

Gay and Sexy and Funny

Everything you’d want in a television show as far as I’m concerned.

This is one of those shows that are excellent at carving out my sense of what is funny and clever and appealing…a perfect way of delineating whether others have the same taste as I do.

If you haven’t seen this show (I think they have 3 seasons out), and you think you and I would have similar tastes, I would highly recommend this as the perfect binge-watching.

With the upcoming snow, I may go back and re-watch all of the episodes.

I’ve been trying to replicate an interesting looking stitch I found on Russian Pinterest.

The only clue I’ve found on how to do it, is a blurry little video in a some foreign language:

Anyone care to help translate this?  If I figure it out, I’ll be sure to create an English language video tutorial for it.