For Me Groupon is NEVER a Good Idea!

There may be some who are Groupon masters and get fantastic deals from Groupon, but for me, it’s almost always either more expensive, or way too difficult to get what I want based on the savings.

Skip this part if you don’t want to hear whining.

My latest adventure with Groupon and why it sucks for me.

First of all, it’s not all Groupon’s fault…I suck at Groupon.  I hate reading fine print (and there is LOTS of it).  I’m terrible at avoiding expiration dates.  I get sucked in easily by shiny advertisements.

Recently, I decided to order some personalized M&M’s for the Men’s Spring Knitting Retreat this coming May and I was overjoyed when Groupon sent me a notice that I could get $100 toward their purchase, with a $50 expense.  So overjoyed that I bought two of them.

With visions of M&M’s dancing in my head, I eagerly designed my candy on the MyMMS web site. 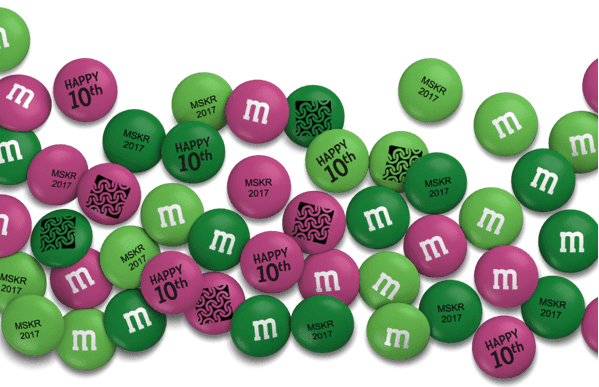 For $100 in Groupon cost, I planned on buying two 5lb bags of custom M&M’s and some other products that would bring my total to $200 worth of candy.

I first come to find out that I can only use one coupon per order.  Five pounds of custom M&M’s are $139, so I decide to place two separate orders and apply both coupons.

But then I do my second stupid thing…I decide to think on it for a while.

The coupons expire because I forget about them…but at least I can get the face value for the coupons, so I proceed to order 10 pounds of M&M’s.

My coupon code doesn’t work, so I contact Groupon.  I am told that M&M doesn’t accept expired coupons and that I’ll have to get a refund instead.  She goes ahead and credits my Groupon account with $100 Groupon bucks.  Really?!?!

After an hour in Customer Support chat, I finally convinced the representative that Groupon Bucks is not a refund, but an exchange, and I got fully refunded for my Groupon purchase.

This is just one example of how I suck with Groupons…there are probably at least a dozen other pitfalls I’ve fallen into with them.

The stupid part is that I ended up purchasing 5lbs of custom M&M’s using a coupon code of GRAD17 (that I got using google) and got 25% off my purchase.

I spent the weekend finishing up my latest spinning project.  I thought I had a lot of the teal fiber I was spinning, but realized I only had the one ball of roving. 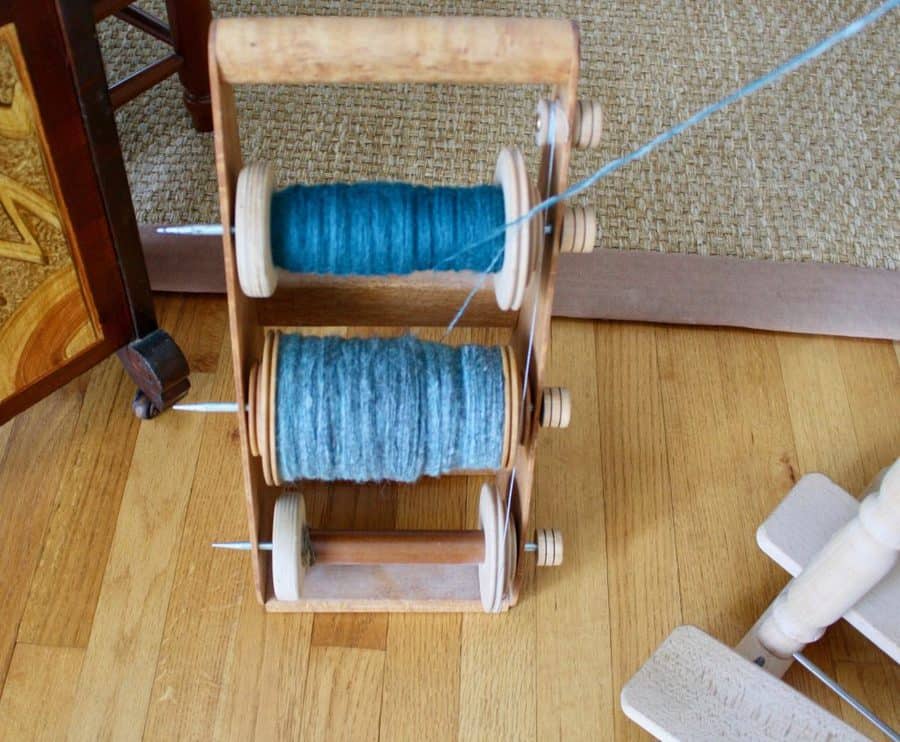 So I decide to ply it together with the mohair from Mindy. 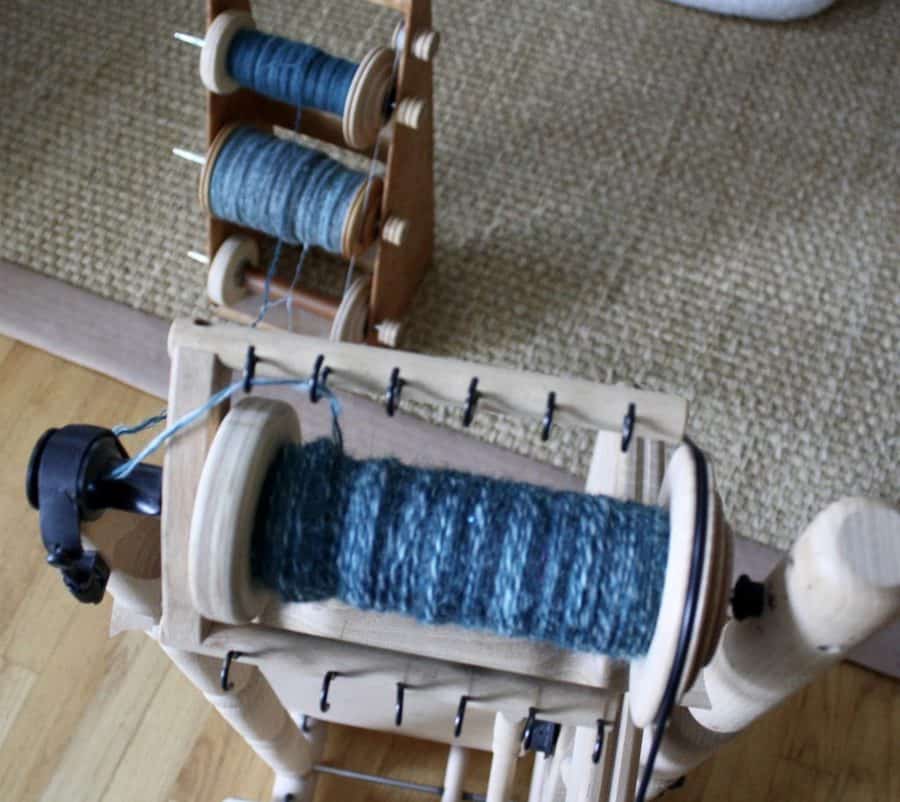 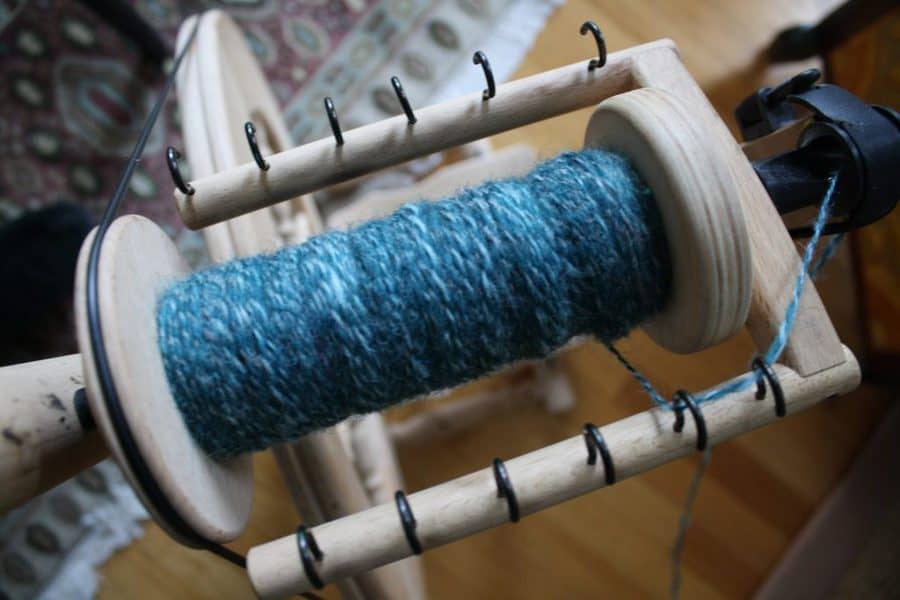 It had a slight barber-poling effect (which I don’t mind at all), but when I washed the yarn, a lot of blue dye bled off, and overdyed the lighter parts of the yarn, so there’s a much more uniform color. 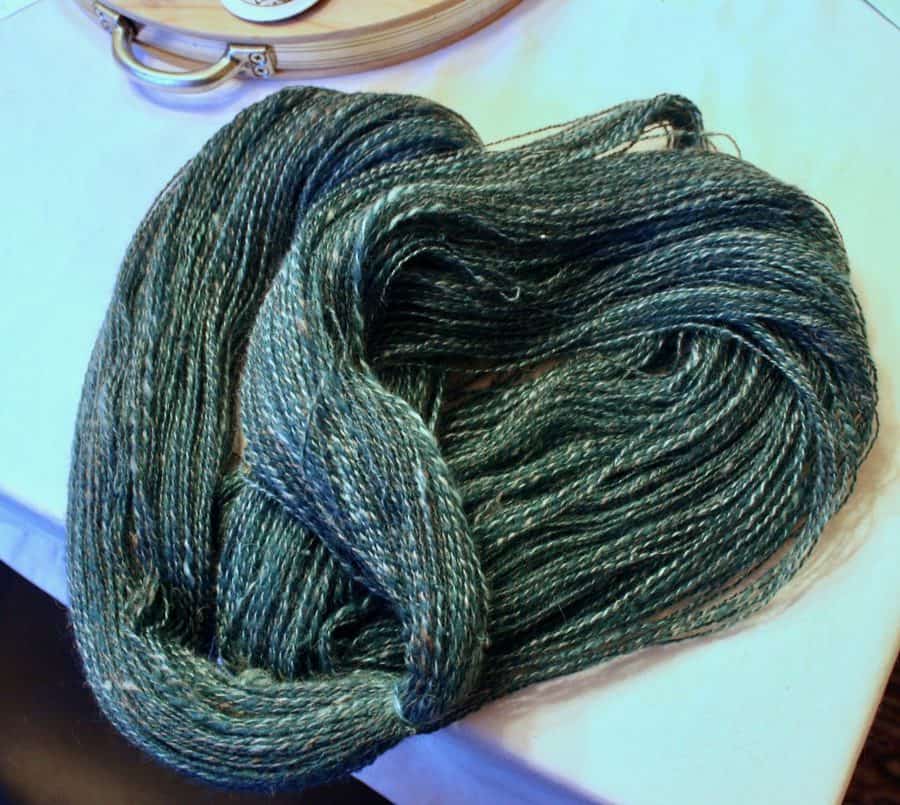 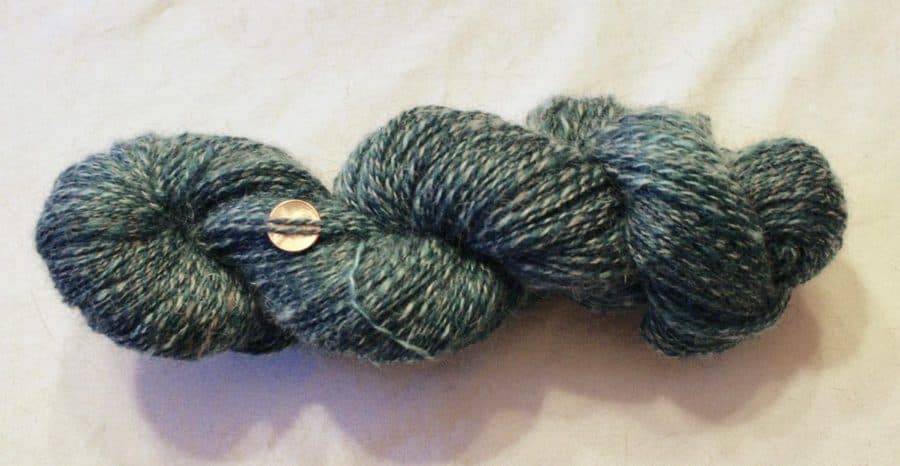 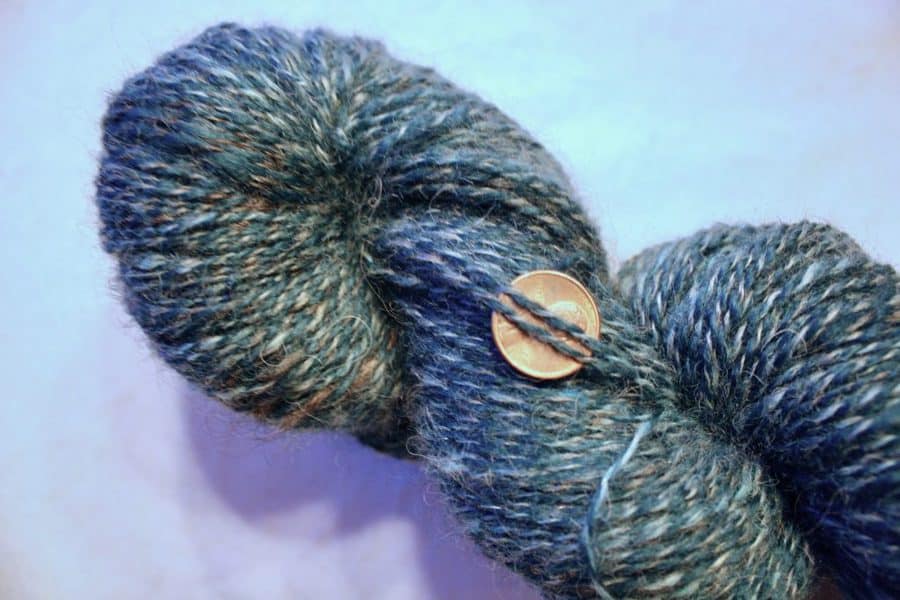 Overall, I am very pleased with how the yarn turned out.  The color is a bit less yellow than some of the photos (the last closeup is the best color on my monitor) and there is a beautiful haze/halo around the yarn that will make a very nice knitted fabric.  Stay tuned!