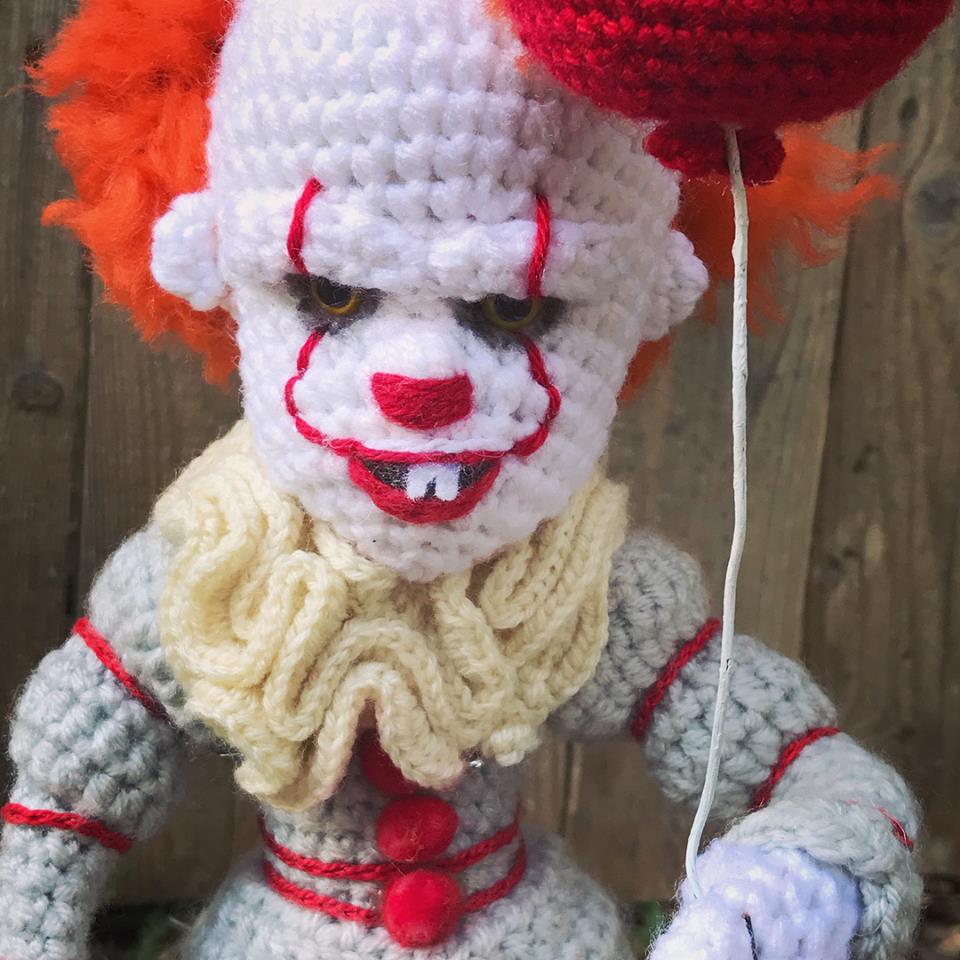 Despite how long I’ve been crocheting, I have never really participated much in on-line forums or groups about crochet and I’ve never understood why many of the on-line crochet people can be so bitter and insulting.

I have a few YouTube tutorials…mostly I did them to try and help folks out with various stitches I found difficult to describe in a pattern.  One of those tutorials is for my Interlocking Crochet Scarf pattern:

This video has had LOTS of views (over 66,000 at last count), and received comments and “Likes” and “Dislikes.”  I’m not sure I understand the comments in Spanish, but from what I gather, they’re not positive.

Don’t get me wrong, I don’t mind critical feedback, especially if it’s useful commentary on a video.  But my general experience is that crocheters seem to have no problem being critical in a very mean way.  I’m not one who can really complain about this…when I first started this blog, I had no issue myself with harsh criticisms of designers, magazines and vendors at Stitches and fiber festivals.  And truth be told, I suck at video’ing my knitting and crocheting.  But three negative comments I got yesterday just seemed to be insulting, rather than wanting to provide any kind of useful feedback, so I decided to reply and the commenter finally revealed her real reason for critiquing.

There were a couple of other replies she made:

I particularly like that her YouTube profile seems to indicate that she will be a hateful person for all of eternity.

Suffice it to say, I have reported her to YouTube and I am requiring all of her future comments to be approved before publishing to the video comments.

I am glad to see that it’s not crocheters in general that are so rude, but just the hateful homophobes like Anna.

I am happy to say that I have finished the knitting of the Easton Logo Blanket! 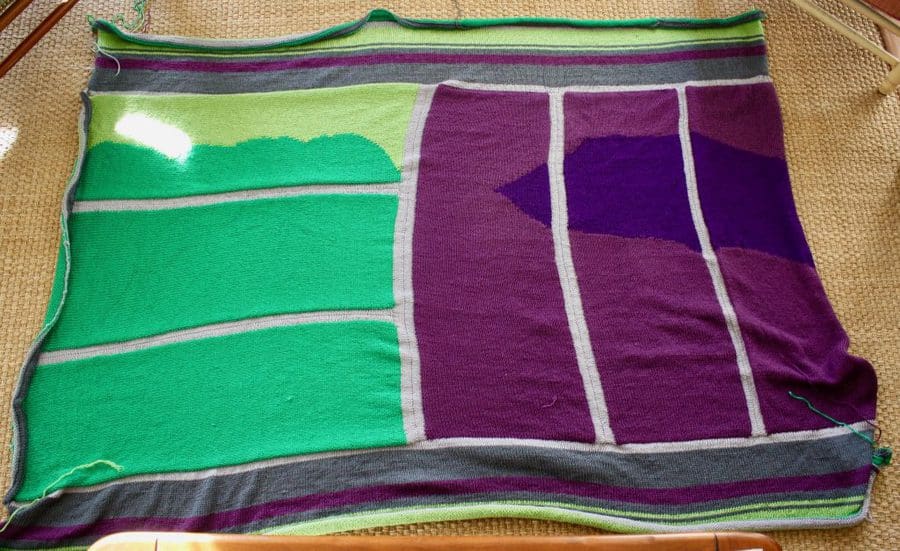 Sorry for the splash of light, but there were very few areas of open floor space in my house to display this for a photograph.

I pushed myself and focused on just finishing what seemed like miles of stockinette to get this finished.  I still have to duplicate stitch in the outline at the top of the mountains, weave in some ends, and the sew in the lining, but I’m quite pleased with how it turned out.  Here’s the log it’s based on.

And finally, a gratuitous photo of our handsome boy, Finn…for no reason whatsoever. 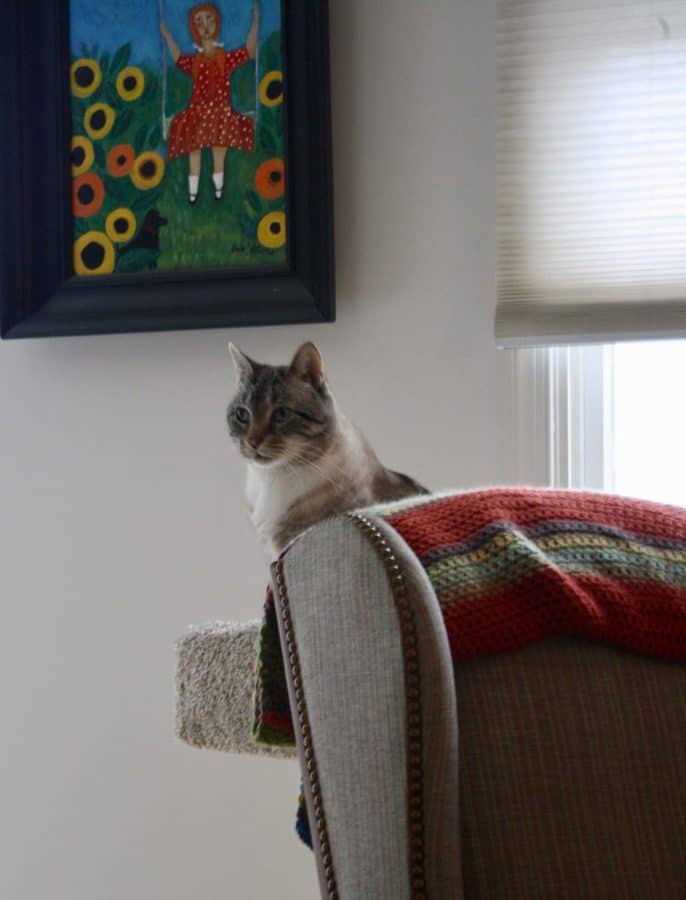