Language evolves, but some incorrect uses of expressions  annoy the shit out of me.  They seem so lazy and inaccurate.

The first time I heard the expression “out-of-pocket” where the person meant “unreachable” (as in “I’m in a quiet train car for 2 hours with no internet access, so I’ll be out-of-pocket during that time.”), I had to find out how this new meaning came about.

The term out-of-pocket used to mean that you had paid for something that was reimbursable, but you hadn’t been reimbursed yet.  For example, “I hadn’t received my corporate credit card, so I’m out-of-pocket for the cost of the airline ticket I’ve charged to my personal credit card.”  Or sometimes it meant someone was stuck for a loss of money, as in “The weather required us to cancel the concert, meaning the organizer was out-of-pocket for the down-payment for the venue.”

I’ve come to find out, O’Henry had used this phrase in a poem from 1908 where he used it to mean “not around” or “away,” but I’m thinking he was taking poetic license when doing so and his use of the term shouldn’t have changed its meaning.  There are a few theories that an important Pentagon General misused the expression and flunkies used it to make sure the General never found out he was mistaken, but I’m not really sure of how this misuse of an expression came about.

The latest expression for which I have distaste is when someone describes a knitting pattern stitch as a drop-stitch pattern.

When you do a pattern search on Ravelry for “drop stitch” many of the patterns that even use the term “drop stitch” in their title, aren’t really dropped stitch patterns at all.

Can you identify which of these four patterns is a true drop-stitch pattern?

The first, second and fifth are all elongated stitch patterns where you drop extra wraps.  The third pattern, doesn’t really bill itself as a drop-stitch pattern, but it showed up in the search.  Only the fourth pattern truly drops stitches, creating that loose, laddered, vertical row.

I finished the Dropped Wrap Lace Mohair Shawl and it turned out beautifully. 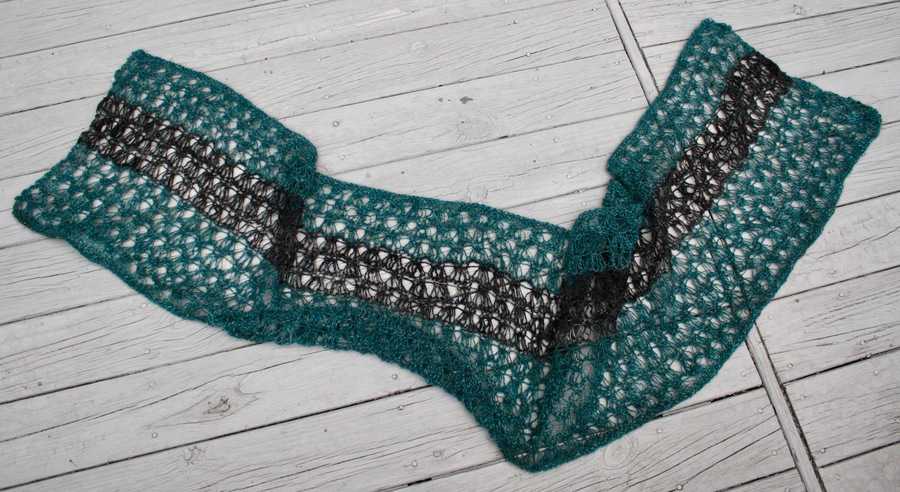 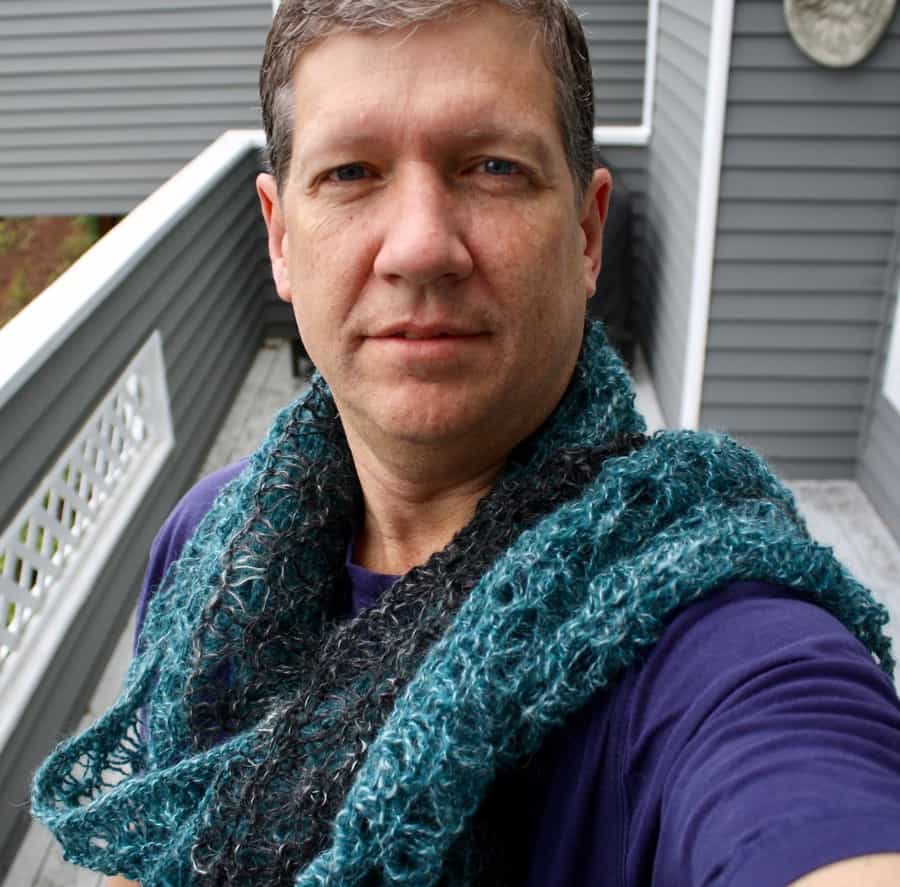 I haven’t measured the wrap yet, but it’s about 16″ wide and 6′ long.  It’s fluffy and warm as well. I loved working with mohair and I loved this stitch for it.