This year’s Men’s Spring Knitting Retreat found us hosting both current and upcoming superstars in the world of fiber…honestly, they’re all superstars in my book!

Retreat – It Means Just That

There were a number of guys at the retreat this year that brought persona’s with them.  Guys known for their expertise or their talents and also emerging personalities in the fiber world.

It was a smashing success.

I can’t tell you how thrilled I was when a guy-pile photo was taken which included one of the attending men who is quite well known.  One of his adoring fans commented that it was “nice to see him surrounded by fans.”  She was quickly corrected by one of the attendees of the retreat with the single word, “friends.”  Which was exactly right…he had reconnected with old friends and made a lot of new friends during the retreat, but no one demanded that he did anything but be one of the guys.

For many of us, that kind of support is awesome.

These photos are the first of a two-part photo montage of the guys attending the retreat…I hope you can get a little taste of what it was like to be there. 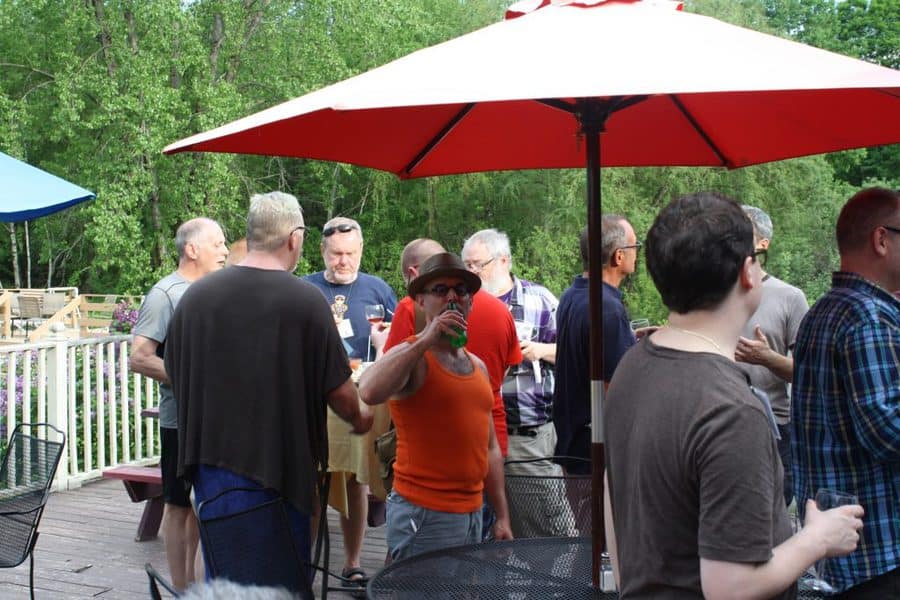 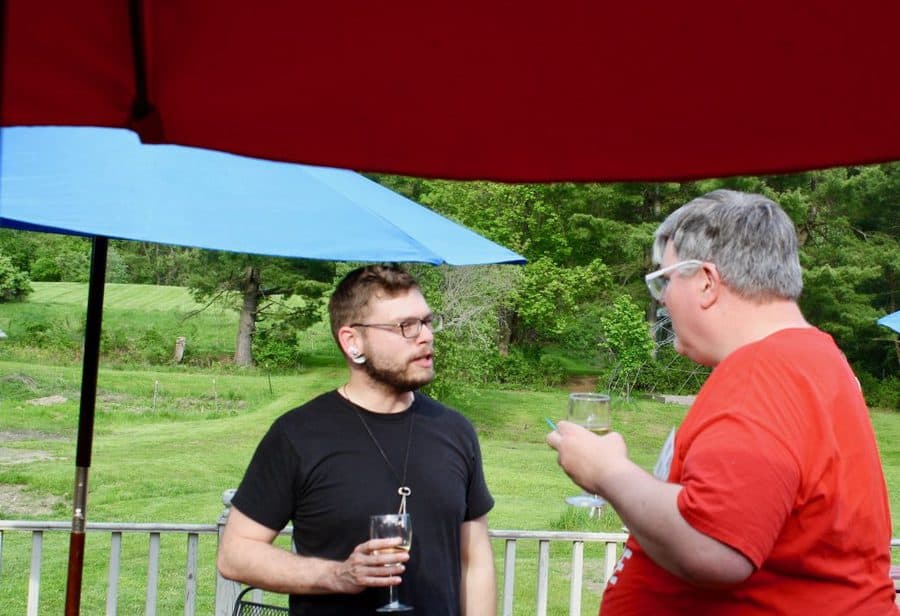 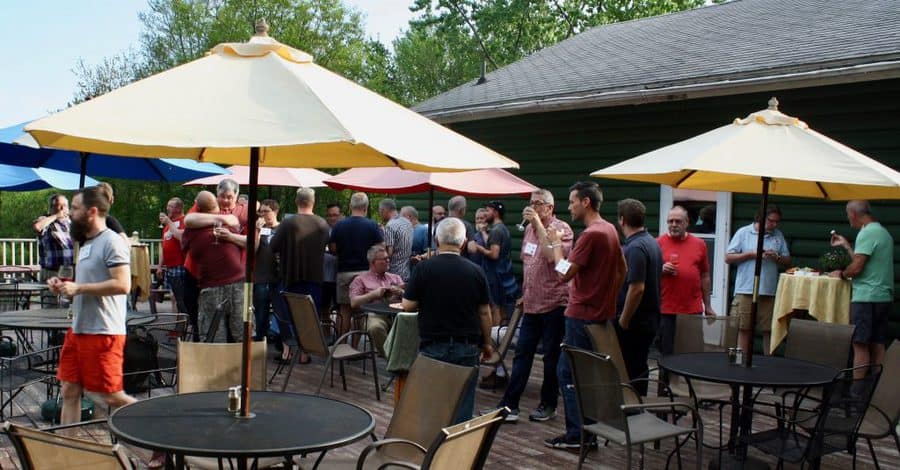 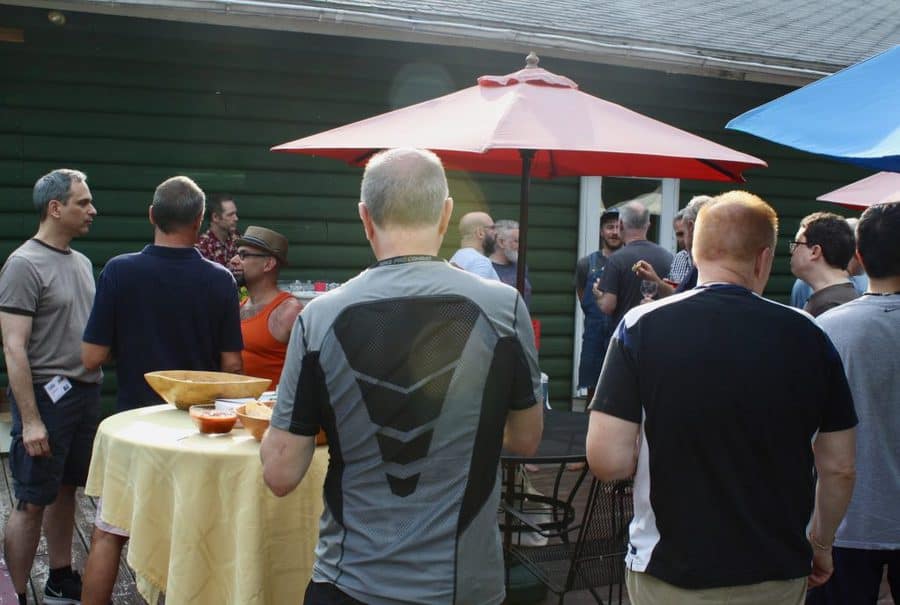