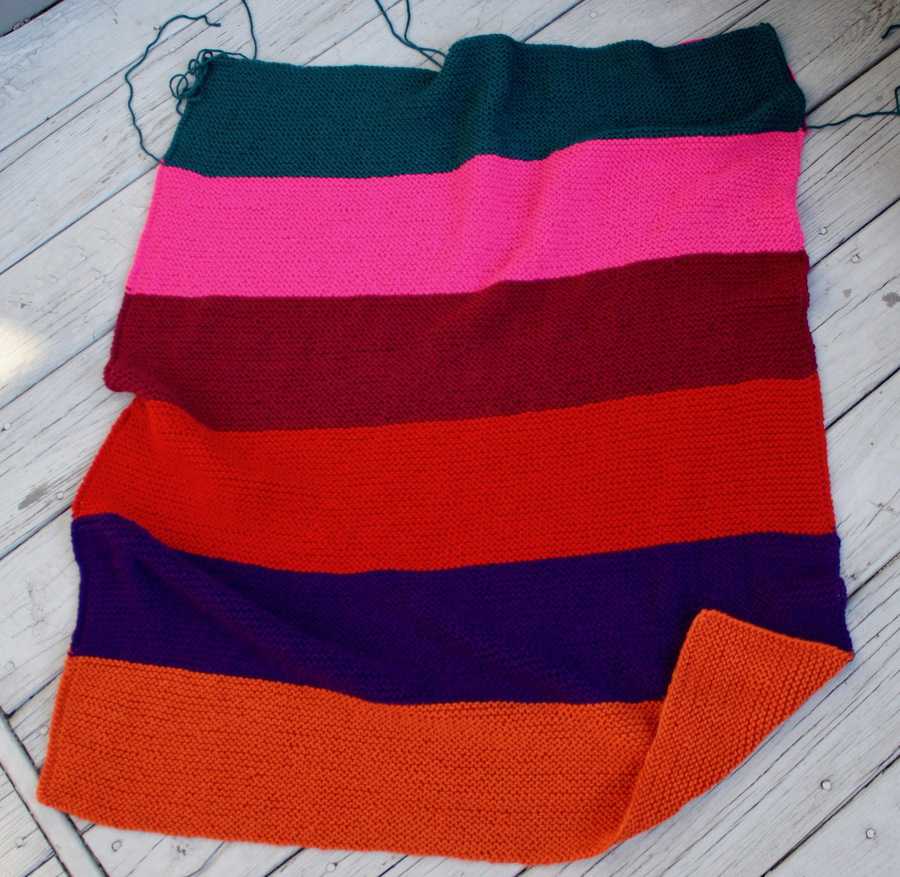 I’ve been making scarves, wraps, hats and blankets that will eventually be put for sale at arts/craft shows in the third quarter of this year.

I wasn’t sure if I’d enjoy knitting items that would be put up for sale.  I was concerned that I would get bored quickly, but honestly, I’ve found that just keeping my hands busy whilst I watch television is enough to have me enjoy my knitting.  There’s also a lot of satisfaction in color choices and knowing that I can put a vast amount of knitting experience into the garments that will be sold.

Last year, I participated in two craft shows and both were minimally successful, in that I sold enough to make it worth my while to participate again this year.  During those shows, the only inventory I had was scarves, wraps and hats, and I had about 100 pieces in inventory.

This year, I’m hoping to expand the number of shows I do (I’d love to do five shows in October, November and December, but I’m honestly having difficulty finding more than one decent show at the moment).  I’m also hoping to expand my inventory to include Colorblock Baby blankets and coffee cup cozies to what I offer for sale.  Ideally, I’d like to have up to 200 pieces to choose from, but I’m not sure I’ll hit that goal.  Although at one of the shows I did last year, there was a woman who was selling crocheted items (baby blankets, hats, scarves, etc) and she had a TON of inventory.  But I don’t think she sold anywhere near as much as I did.  So it seems that the quality of items is more important than quantity…at least at that show.

I’ll keep you updated on how it goes.

Two more pieces to be put into inventory. 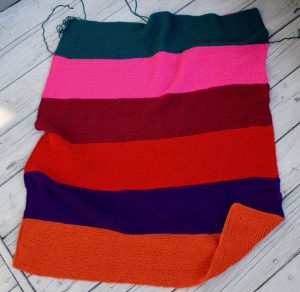 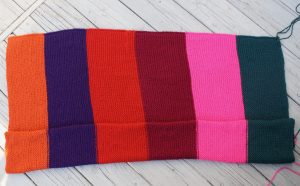 I obviously have a few ends still left to weave in, but since I was able to keep up with weaving in ends as I went along, that’s shouldn’t take very long.

I also did additional work on the Ribbed Lace wrap in Koigu. 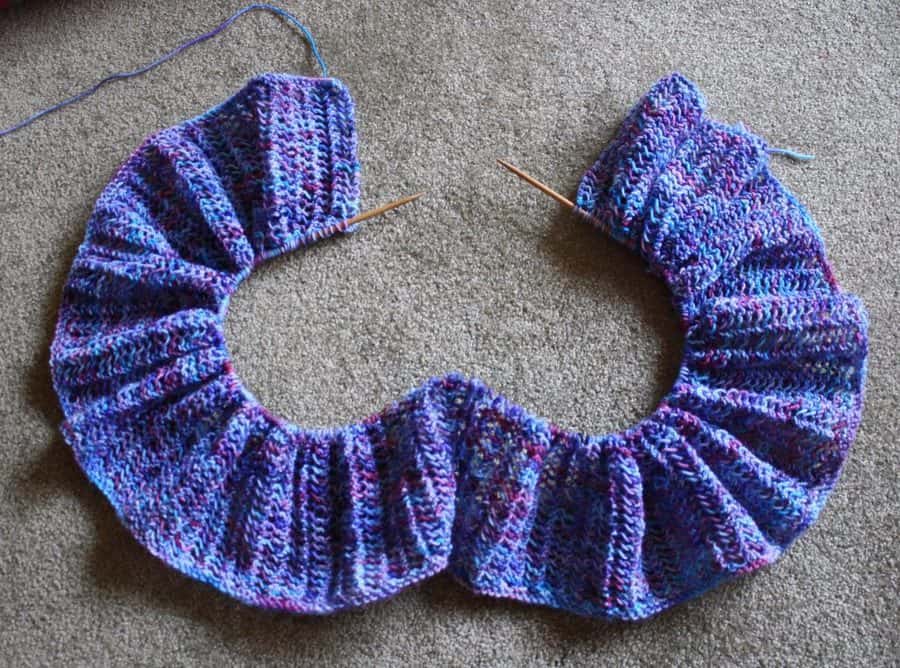 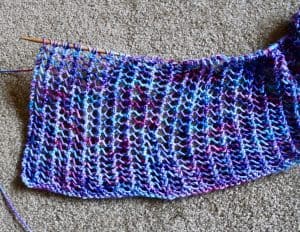 Given that this is lace, the resulting fabric won’t be anywhere near as dense when it’s blocked, but hopefully the photos will give you a sense of the final project.