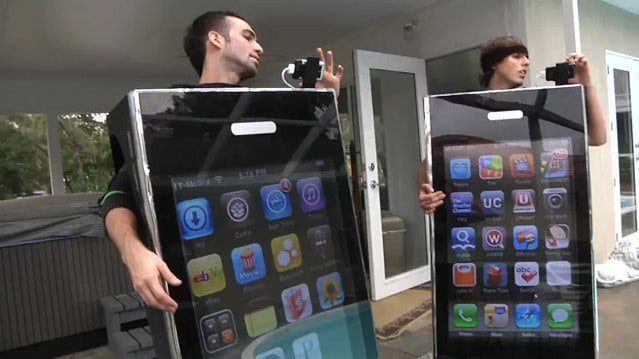 Full disclosure…this household owns an iMac, a Mac Book Pro and an iPhone 6S…but the only reason I stay with Apple products is because it’s now what I’m used to.

For years I heard the Apple fan(atic)s talk about processing speeds and intuitive apps and being free from worrying about viruses and the power of graphics processing and on and on.

As I transitioned from corporate life, where PC’s and Windows and Microsoft Office were necessary components of work technology, I slowly switched over my personal life to iPhones and Macs.

None of these assumptions was really true, and to add insult to injury, I paid a premium for my technology.

The iPhone has one serious flaw that was only recently been corrected…the ability to store documents and attach them to e-mail documents.  Switching from a Blackberry years ago to an iPhone, I was shocked I could no longer attach documents without some pretty big app gymnastics.  It was more compatible with my Mac Book Pro than my PC, but I was disturbed by how difficult some of the simplest tasks were.

Photo processing sucks on my Mac Book. Until I found applications that could do what I needed and then learn the new applications, processing photos for my blog was (and still is) more painful than when I did similar functions on my PC’s.  I actually use the Mac version of MS Paint to do some of my photo editing.

iTunes sucks no matter what platform it’s on.  I always thought iTunes sucked on Windows because it needed to override so many defaults to work well…but it seems to such just as bad on my Mac.  For example, just take an existing music CD and try and transfer the music into iTunes so you can listen to it on your iPhone.  Don’t get me wrong, I do it, but it’s an incredibly convoluted process.  I\’ve considered starting a business of converting CD’s to iTunes for people.

The learning curve of a new interface was initially steep, but now that I’m familiar with OS and IOS, I’d have difficulty switching back…it’s not that it’s better or more intuitive…it’s just what you’re more used to.

Cyber security continues to be a concern.

Processing speed was the biggest disappointment on my Mac Book Pro…I finally converted my hard drive to solid state (which it now comes delivered with) and upgraded my RAM to the highest allowed and my computer is fast as hell.  But as delivered, it was really quite slow and I had to do a lot of research to make my computer as fast as most PC laptops I have owned.

I’m glad I own Apple products…and I enjoy using them…I will even continue to purchase new Apple products when I need to…but I am in no sense a part of the iCult and never will be.

I had a library book due back yesterday which I had barely started…so I took a lot of knitting time reading instead.  But I did also work on a few more pairs of baby booties for the craft show table. 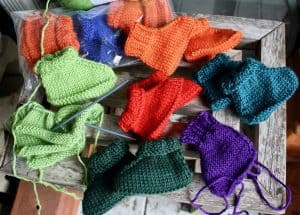 I’d ideally love to have a couple of dozen pairs of booties in a rainbow of colors that will coordinated with the baby blankets I’ll have.  I’m not sure I’ll make that goal, but I should have enough booties for the shows.