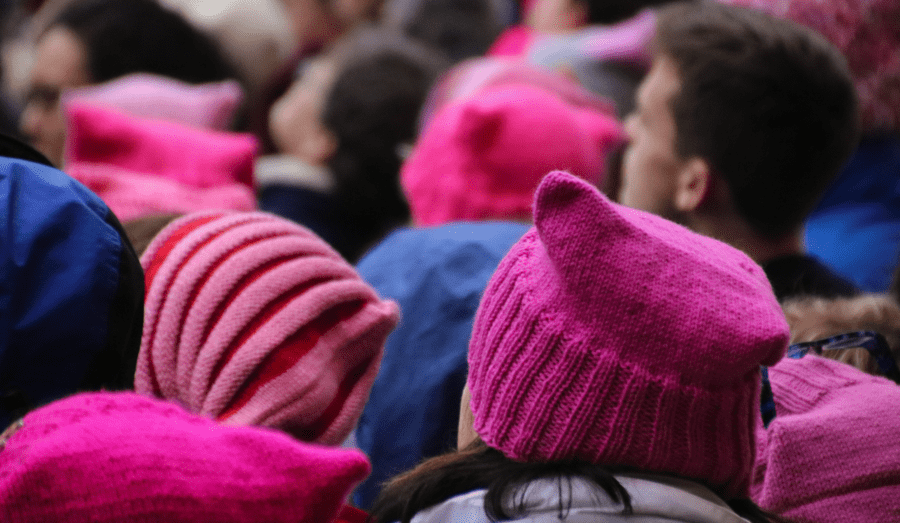 Resistance to the insane direction that this country is heading comes in many forms.

This blog, Facebook and other social media allows me to broadcast my personal message to thousands of people.  Over the years, I have accumulated a very wide and varied audience and list of “friends”.  Many of them are knitters, crocheters, weavers, sheep farmers, etc.

It was incredibly satisfying that some of the first anti-trump protesters were my fellow knitters.

The Pussy Hat Project was an amazingly creative way to visibly protest and thanks to the group Pussy Riot and the Pussy Hat project, we have a visually cohesive group that can express their dissent just by wearing a hand knit garment.

I have knit a number of Pussy Hats for friends and protesters, and I will have at least one to display on my table at the Artisan Craft Shows I\’ll be doing in the next couple of months.  As a thank-you for one of those hats, a friend of mine gave me this: 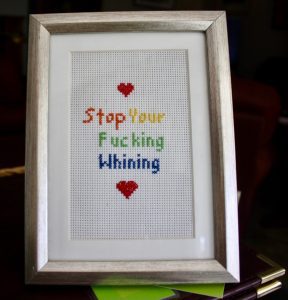 I love that this gift was home made…I love that it was done using rainbow colors…I love that she used a quote that meant something to both of us.

Nothing more satisfying than thoughtful, beautiful gifts.  This little treasure will take up a prominent spot in my home.

First of all, it started out as a garter/bias scarf using to different ombre yarns. 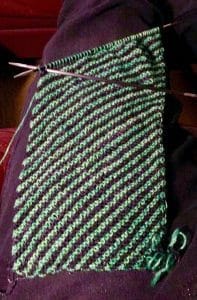 Given that the yarn is a light-weight sock yarn and I was using US3 needles, the fabric was very light.  Another fortunate event was that I made a mistake in the scarf and didn\’t notice it until I had finished a couple dozen rows on top of the scarf.

The mistake was fortunate, in that it allowed me to rip out the scarf and cast on for a large, light-weight shawl instead! 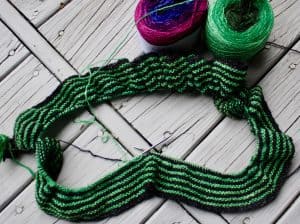 I also finished a couple more pairs of booties. 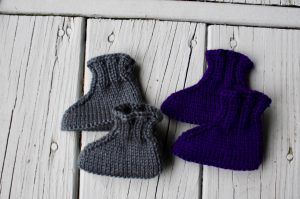 Or have I posted these already…or better yet, how the hell would anyone know anyway?