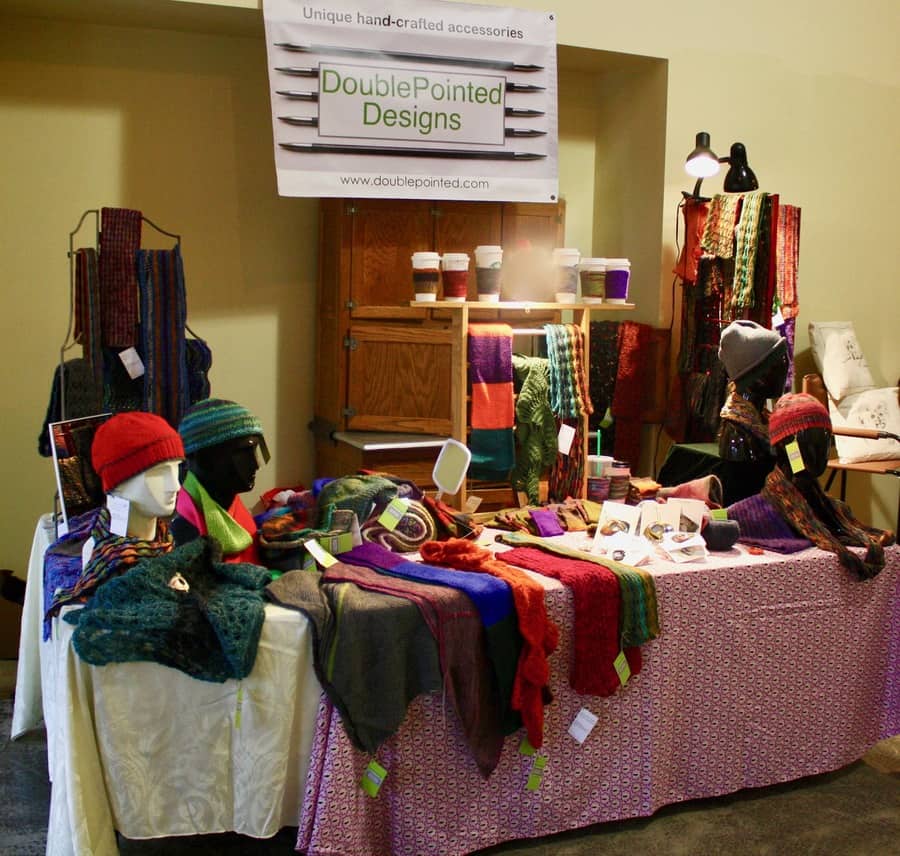 I had my Sally Fields moment this past Sunday at the Flemington Fine Artisans Show in Flemington, NJ.  Show customers really seemed to like what I was offering.

The show I participated in this past Sunday was the best show so far in every way I would assess it.

During the course of 6 hours, I ended up selling:

Overall, I was very happy with final results of the show.  I usually have three levels of achievement I strive for:

But even the customer who broke the shawl pin also dropped over $100 on knitted goods, so I considered the little bit of damage just part of the cost of doing business.

A few more photos of the show are at the bottom of today\’s blog entry.

Current Knitting
The customers were constant during the six hours of the show yesterday, so I wasn\’t able to finish the Ombre Wrap during the show. 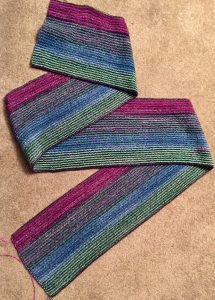 But I did take some time to finish it this morning in between unpacking all the display materials. 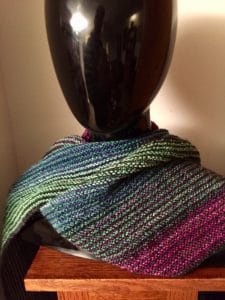 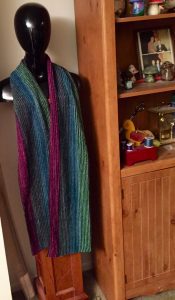 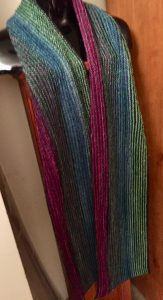 The wrap is beautiful and the fabric has a lovely light-weight bounce to it.  For garter stitch, I couldn\’t be more pleased.  It also ended up being longer than 6 foot long and about 10 inches wide.  I\’m thinking it may be the first thing that sells at my December show.

Some of the following photos I stole off of Lena\’s Facebook page since I hardly had any time to photograph the show. 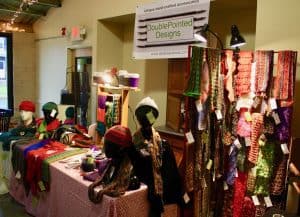 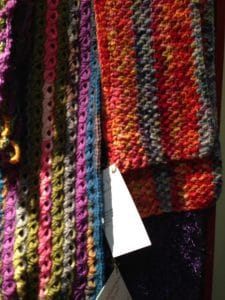 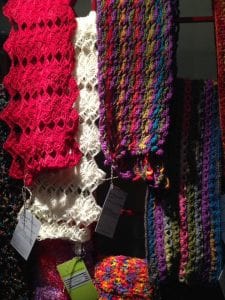 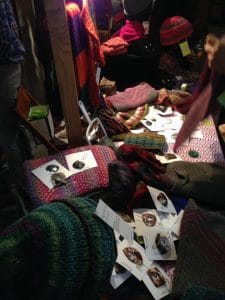 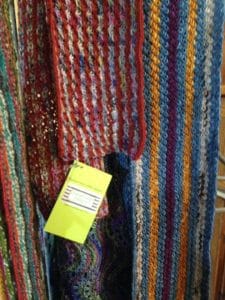 It was a pleasure to see the blog readers that braved the weather and showed up on Sunday…being around my people is incredibly supportive and nurturing.