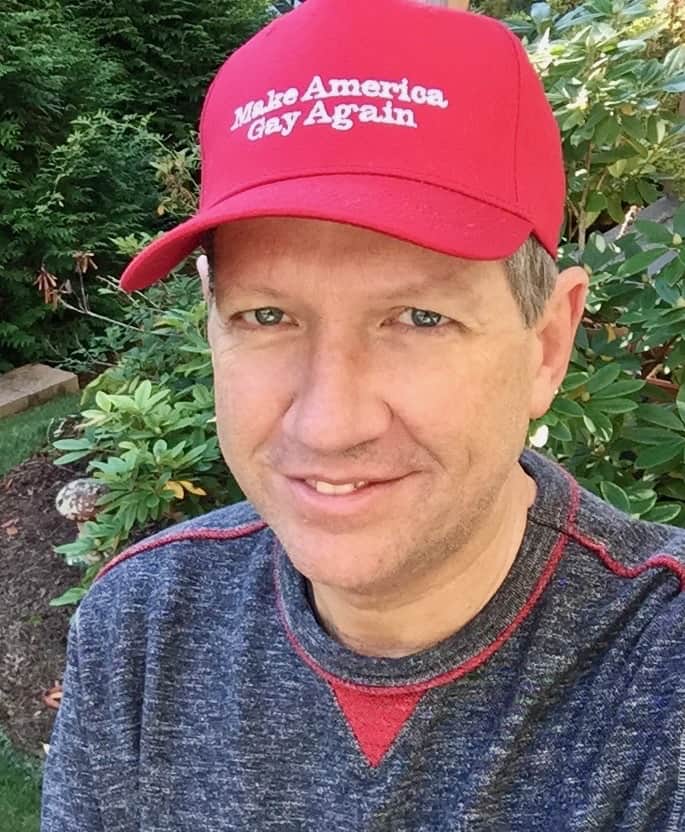 Gone To The Dark Side

Yes, QueerJoe has finally realized that Chinese-made red MAGA caps are the way to go.

What’s That? – That’s Not What MAGA Stands For?

There is a wonderful creative artist in a nearby town who showed up at our local flea market selling her wonderfully embroidered wearable art.

Just her presence at the flea market was a sign of hope for me.

A typical political discussion at this place is usually some blowhard Trump supporter incensed about the unfair way the president is being disrespected…or some such bullshit.

I asked if anyone gave her any shit for her work and no one had at that point in the morning…in fact, one of the other vendors a few tables down from her was thrilled to be able to buy one of her “Dump Trump” hats while I was chatting with her.

There may be some hope.

Robin at Plum Creek Designs is the apparel artist who created my hat.  Unfortunately she doesn’t have a web presence, but I know that as soon as she gets one, she’ll be busy as hell.

After selling 27 pieces of knitting this past weekend, I listed out the inventory that needed to be replenished before December 2nd (my next show) and I have a lot of work to get done.

Since Monday, I have already accomplished a lot. 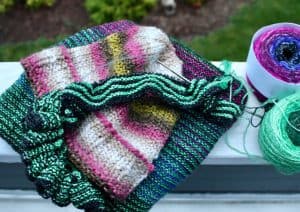 Starting from the bottom, I completed the Ombre Wrap by weaving in the ends. 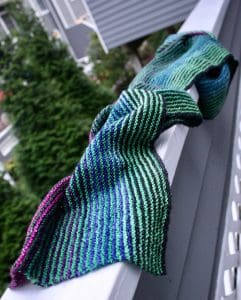 The scarf/wrap is almost 80″ long but it turned out so well, I decided to make a second one. 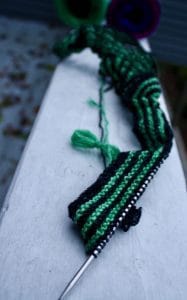 This one will end up being about 70″ and a little wider if my calculations work out as planned.

And finally, I knit up the first of three Maypole Hats. 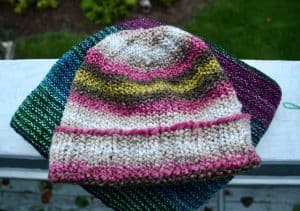 I ended up selling three of these hats on Sunday and they knit up quite quickly, but given the pace at which I have to replenish my inventory between now and December, I’m grateful for one-day projects like the Maypole Hat.