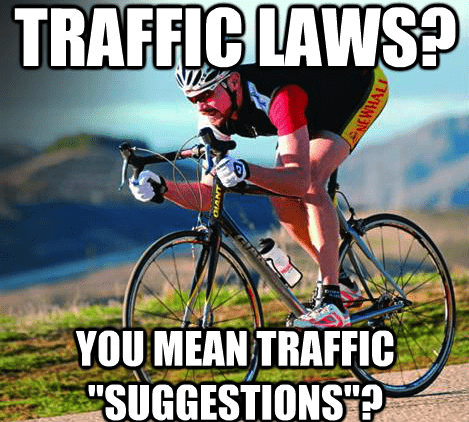 Something has been happening lately when Thaddeus and I are out riding our bicycles that I am having trouble understanding.

So here are two scenarios that have happened multiple times:

There is a bridge and attached sidewalk that crosses the Delaware River from Stockton, NJ to Center Bridge, PA. Despite the fact that there are signs stating you can’t ride your bicycle across on the sidewalk, we do when the little bridge house at the NJ end of the bridge isn’t occupied with an official. There are rarely people walking on the bridge, but when there are, we will often dismount and walk when we pass or wait until the pedestrians have crossed over before riding across. I know it’s against the rules and maybe even illegal, but we ride our bicycles across anyway. Twice lately, people have felt compelled to tell us that we’re required to walk our bicycles…not ride. They didn’t tell us as a simple matter of fact, or in a way that was helpfully letting us know something…they chided us for breaking the rule/law.

The second scenario is similar…there is a brief period of our ride when we’re required to ride on a street in New Hope.; The other day, we came out onto that street on the left-hand side of the road and road down the left side for a short distance while we waited for traffic to clear so we could cross over to the right side. One of the cars passing by had his window opened and yelled out his window, “Wrong side!”

So, here are my two questions:

Why do people feel compelled to chide bicyclers for bad behavior, while other seemingly worse transgressions are happening at the same time in the same place? (As an example, the bridge with ride across instead of walk has a 25 MPH speed limit and people are constantly driving 40 MPH or more over the bridge).

How would you respond to someone that chided you while cycling?

Despite my continued obsession with the circular sock machine, I have been knitting by hand as well. 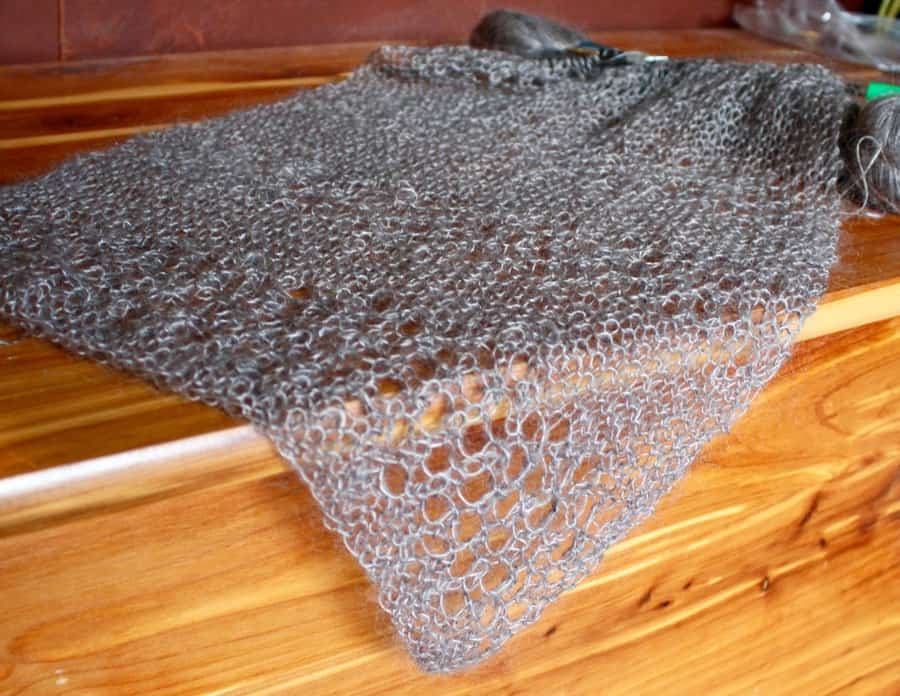 This is going to be a simple cowl/circular scarf when it’s finished.  It’s 52 stitches of garter and eyelet garter panels using Shibui Silk Cloud…a Kid Mohair/Silk blend in an incredibly lustrous silvery taupe color.  I plan on sewing up the ends of the scarf so that it will be a cowl when it’s finished.