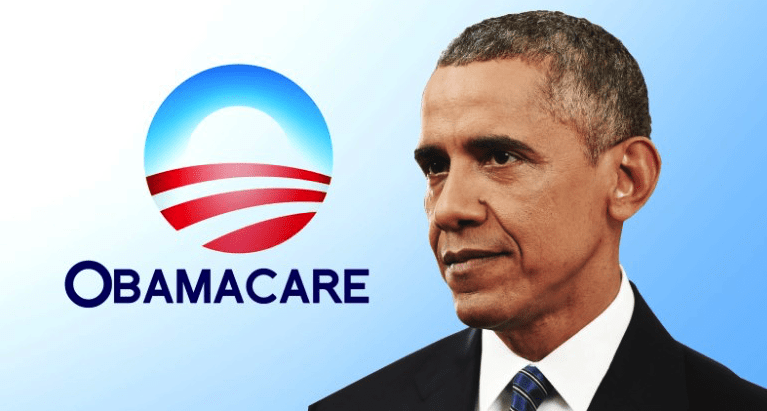 Despite all that the Republicans and the current nightmare in the White House are trying to do to eradicated all that he did, I will soon be a proud participant in the Affordable Care Act (ACA or Obamacare)!

As a 58 year old who has left the workforce (I don’t like to use the word “retired”, as that implies a status where pensions and medical benefits might be inferred), I will have to pay for my own health insurance until I reach Medicare age of 65.

For the first 18 months of non-working, I could rely on my former employer to let me purchase health insurance through COBRA, which would have covered me through March of this year.

However, during open enrollment, I thought it might be better to switch to ACA coverage as of January 1, 2018, so I wouldn’t have to satisfy an annual deductible on my former employer’s coverage and then have to start a new deductible in April when my ACA coverage started.

So, I applied for ACA.

The process for applying in the Healthcare Marketplace was complex and confusing.  I really just wanted to see how much I’d have to pay for coverage under the ACA so I could do a comparison, but it appeared I could only do that by actually applying (I was wrong…there are a number of estimators for ACA costs in each State).  But I applied anyway, figuring I could always cancel the application.

The on-line application wasn’t very intuitive and seemed quite confusing and hard to follow and I ended up not understanding what income I should report as part of the application, and I made an error that caused a lot of confusion for the two agencies involved in approving my application (Healthcare Marketplace and PA Government).

But since Thaddeus and I have very little taxable income (we’re living off our Non-IRA savings mostly), we both ended up qualifying for Medical Assistance in PA (because our Democratic Governor took Medicaid Expansion).  I was a bit concerned about the reputation of being a Medicaid recipient, but soon found out it offers very good coverage in my area (better than the crappy shit Aetna is currently offering) and a list of doctors and specialists and hospitals we can pick from.

So, as of January 1, 2018, Thaddeus and I will now be proud participants of the ACA, and we couldn’t be more pleased.

The recent tax bill that is about to pass will make the cost of healthcare coverage soar because of the elimination of the “individual mandate” that everyone participate, but I’m hopeful that I’ll have reached Medicare age before it affects me.

In between expanding my experience and skill set associated with the sock knitting machine, I have done a bit more work on the Interlocking Crochet Scarf using Groovy Hues sock yarns. 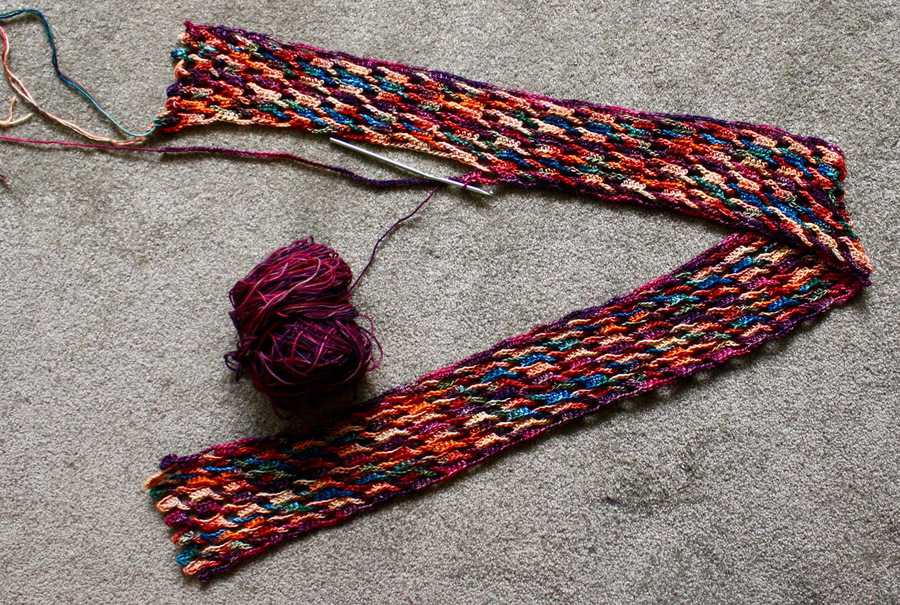 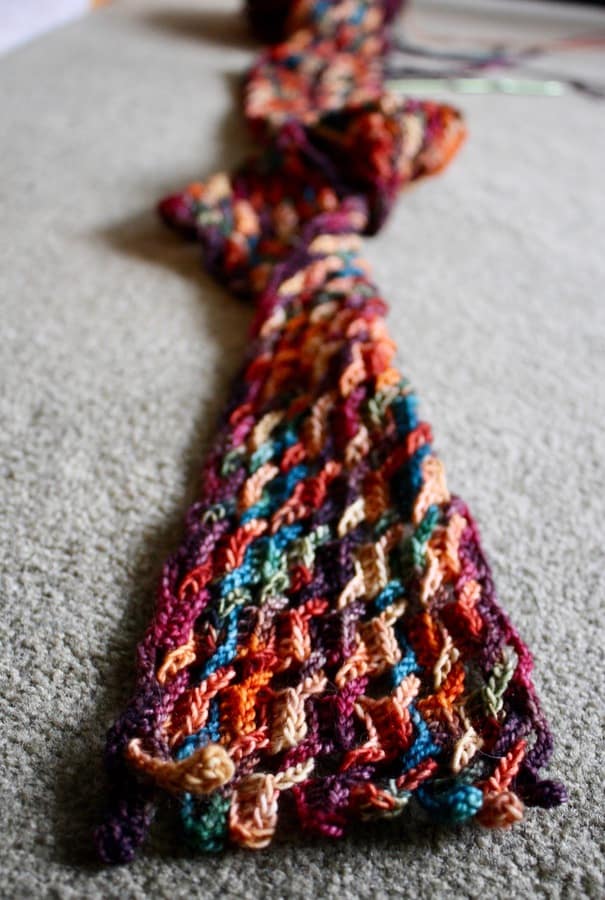 I have to say, there is nothing more satisfying than seeing so many vibrant, beautiful colors coming together in a vibrant, colorful scarf.