A Place For Everything…

Have you ever found something that is very cool at an auction or garage sale or flea market and thought it was perfect for something…but you weren’t sure what?

Pack Rats Can Be Prescient

Thaddeus and I tend to be pack rats.  We both will often forestall throwing something out because “it might be useful some day.”

And to reinforce this behavior…a number of times when we throw something out, we soon have a need for it and regret having disposed of it.

Years ago, Thaddeus found this great old wooden toolbox for storing and carrying tools.  He thought it would be perfect for me for storing knitting needles, notions, cones of yarn, etc.

I originally used it for the intended purpose, but found it wasn’t quite what I wanted/needed and it was left abandoned next to a love-seat in our television room…

…until this past week when Thaddeus dragged it out from it’s corner and realized it would fit perfectly in my sock-knitting machine space and let me keep all my CSM tools handy and organized! 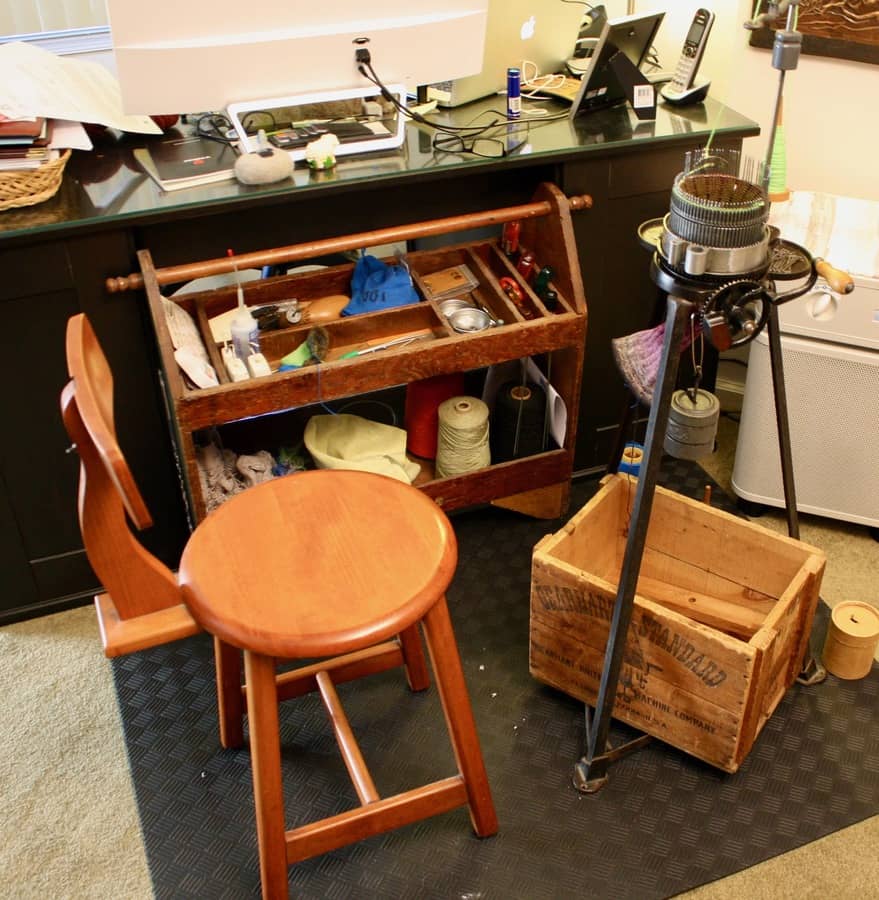 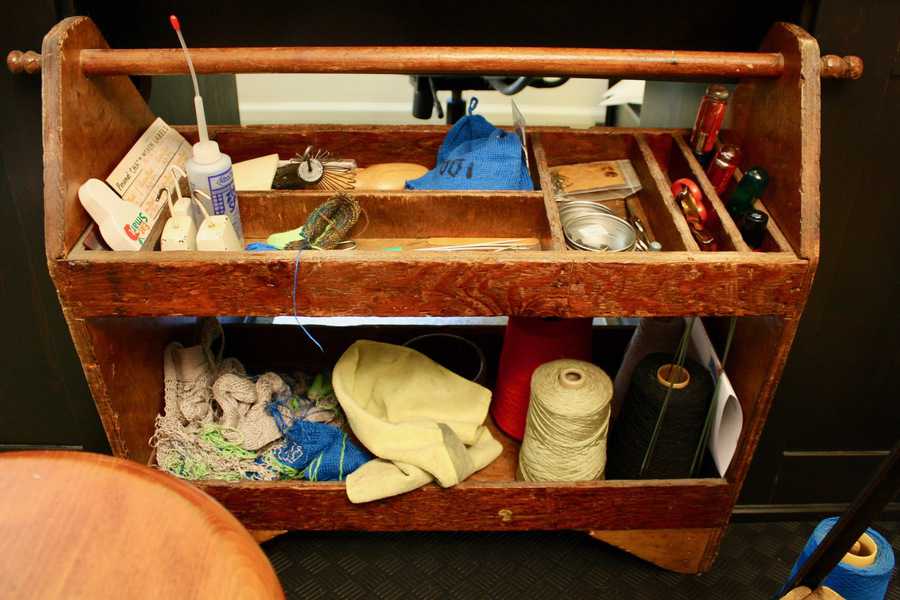 The rustic nature of the toolbox and the size of it worked out perfectly to keep all my sock-knitting tools handy and organized…I couldn’t be more thrilled.

I don’t mean to encourage the obsessive hoarder types among my readers, but this is one more example of how keeping something around for a while came in incredibly useful.

I was able to finish the Shibui Cloud Infinity Scarf. 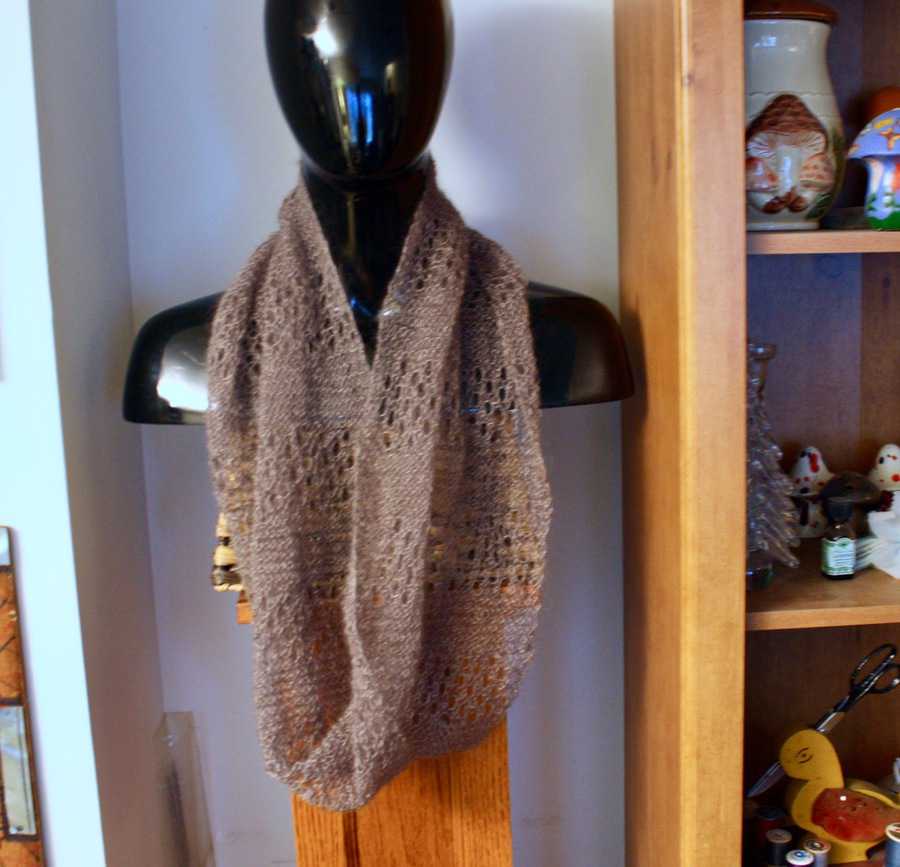 As you can tell by it’s name, I did end up grafting it together with a twist to create an infinity scarf.  The photo doesn’t do justice to the soft, lightly haloed, cloud-like soft warmth of this garment.  Even the luster of the silk and mohair don’t really show up.

Confession time:  I have to admit, I always looked at Shibui yarns and balked at some of the prices.  I’d usually end up opting for some similar yarn that was less expensive.  Now that I’ve used Shibui Cloud, I can honestly say it’s worth paying for the better yarn.