Knitting for me has been a primary identifier of who I am and being a knitter has transformed me in may ways.  Lately, I have been focusing on a different “art-form” for my self-actualization.

I’ve felt very fortunate to have found Breema while it is still yet not widely known here on the East coast of the U.S.  Further, my Breema practitioner (Matthew Tousignant) has worked closely with the man who brought Breema here to the States (Jon Schreiber) and has created the Breema Center in Oakland, CA.

For the short period of time I’ve been having Breema sessions with Matthew and doing workshops to participate more in the practice, I have been wanting to meet Jon Schreiber.

I’m thrilled to have the chance to spend a weekend with both Matthew and Jon in April at the Kripalu Center:

I just registered for this workshop.  Many of the workshops that Jon and/or Matthew do are geared toward people who are learning to be Breema practitioners.  This one is for everyone.  I can’t tell you how excited I am to have this chance.

I’ve never been to Kripalu before, so I look forward to the experience of a new retreat center and basking in the Dharma of brilliant people doing Breema.

I was able to finish the bulky hat I started earlier this week and also start a new one (using the same yarn in a different colorway). 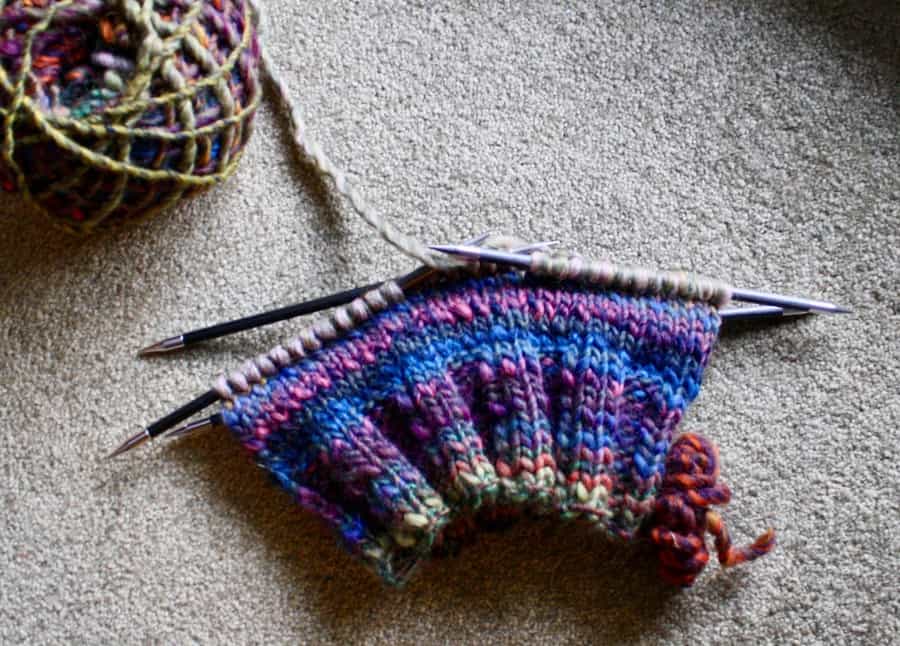 The colors in this yarn (Magdalena Neuner Olympia) are really quite fine and interesting.  The resulting hats will keep Thaddeus and I warm as we shovel snow and cruise the local flea market during this Winter season.