Memory has never been a strong point of mine, so when I get confused about something, I typically rely on others’ opinions more than my own.

I present to you not one, but TWO recent examples of when I was convinced by others that my memories were faulty.

The first one involves this rather odd looking root vegetable. 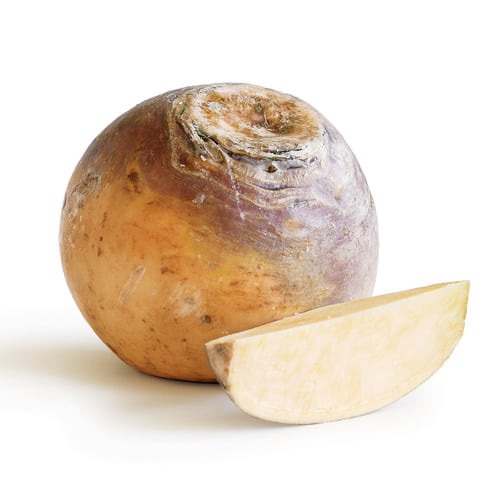 Growing up, this vegetable was cut, boiled and mashed into a yellow, lumpy side-dish.  It was very common at Thanksgiving dinner, and I always quite liked it.

Recently, I saw this at the grocery and told Thaddeus that I wanted to have some mashed turnip as a vegetable, so we should buy one.  He started to put this into our grocery cart.

Then he proceeded to school me on the correct name for what I wanted…rutabaga…not turnip.  I was convinced it was turnip, but the labels on the grocery shelf showed he was correct.

The second example was when I found myself constantly being auto-corrected when I spelled dilemma as dilemna.  I was always a good speller in school and I was shocked to find I had been misspelling dilemma all my life.  But the dictionary proved me to be a lesser talented speller than I had thought.

Turns out, back in the sixties, they switched the name of turnip (or yellow turnip…or waxed turnip) to rutabaga to avoid confusion with the smaller, radish-like turnip.  So I HAD been told I was eating mashed turnip all these years!

I also found out that large areas of the English speaking world were taught in school that dilemma was spelled dilemna!  I KNEW it!  I used to even pronounce the “n” in my mind’s voice so I would remember the correct spelling.

My memory still isn’t something I trust with complete certainty, but I’m glad to know that some memories that seem so clear to me have some basis in reality.

The beat goes on with my current shawl project. 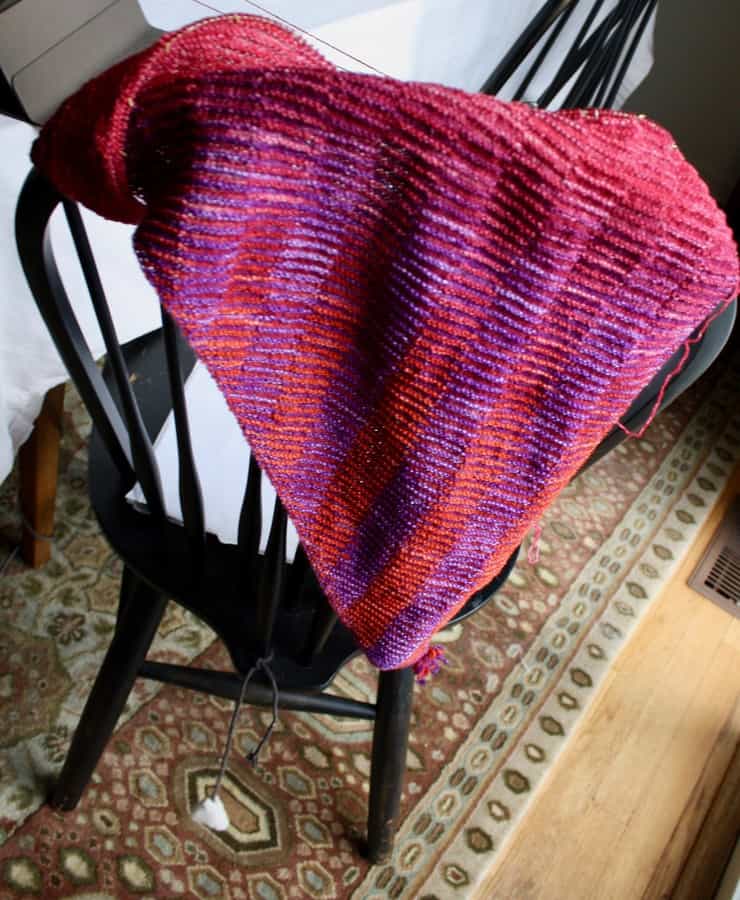 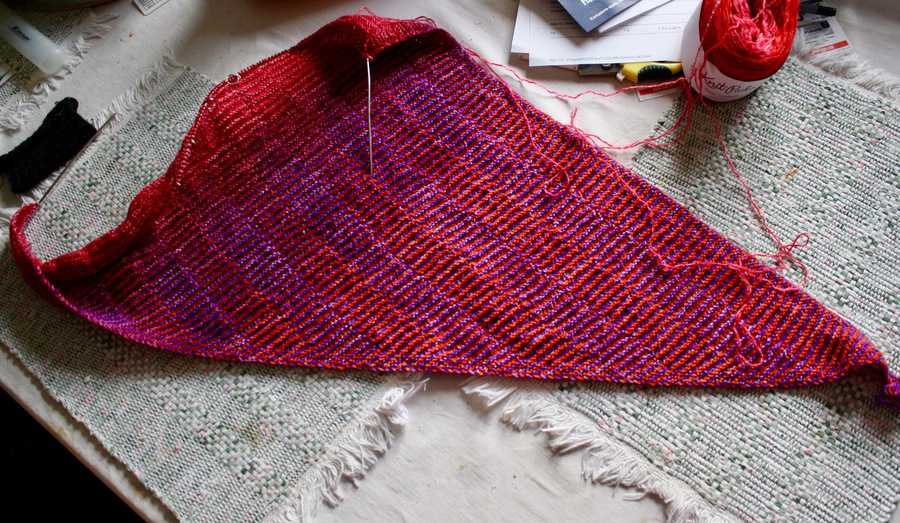 This pattern calls for placing markers every 10 stitches and I’m glad to say that I have sufficient smaller stitch markers to complete this project…I think.