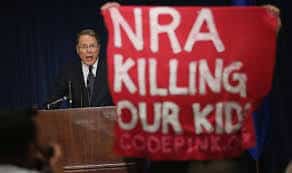 Sorry to borrow from a failed drug war slogan attributed to Nancy Reagan, but it applies now to the crazy ramblings of the NRA and their ongoing threats to our democracy.

The young adults have it right this time…enough….never again…we need to be able to be safe in our schools.

When the NRA brings out their rabid bulldog, Dana Loesch to attack the people who understand that we need to do something about how the U.S. allows practically anyone to own military grade weaponry…you know they’re feeling cornered and trying to stem the damage this latest mass shooting of children will do to the gun industry.

In the past, they’ve used these horrifying massacres and the threat of losing gun rights to get people to buy MORE guns…way more guns.  They have been very successful for the gun manufacturers in terms of sales and profits.

It’s time to stop…support candidates who won’t endorse the NRA…in fact, threaten not to vote for anyone that takes money from the NRA.  I have no problem with candidates wanting to keep sane access to guns, especially if that’s what their constituents want…but they DON’T need the NRA’s support to do that…it only seems to put them in the pocket of the gun industry…like little Marco defending the indefensible (badly).

The back of the cardigan is nearing completion…Finn insisted on being in the photo. 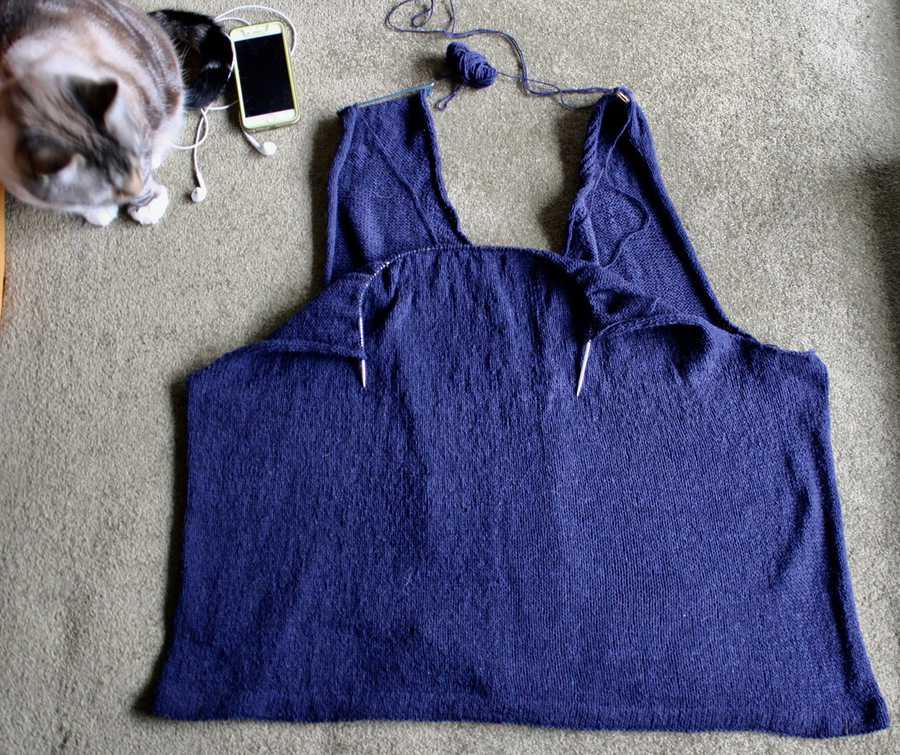 I’m looking forward to finishing the body of the sweater and moving on to the sleeves.  The shaping and the detail I’ll put on the center of the arm will make knitting it a lot more interesting.

I’ve also looked at all the socks I’ve been cranking out and was kind of impressed at my output in such a short time. 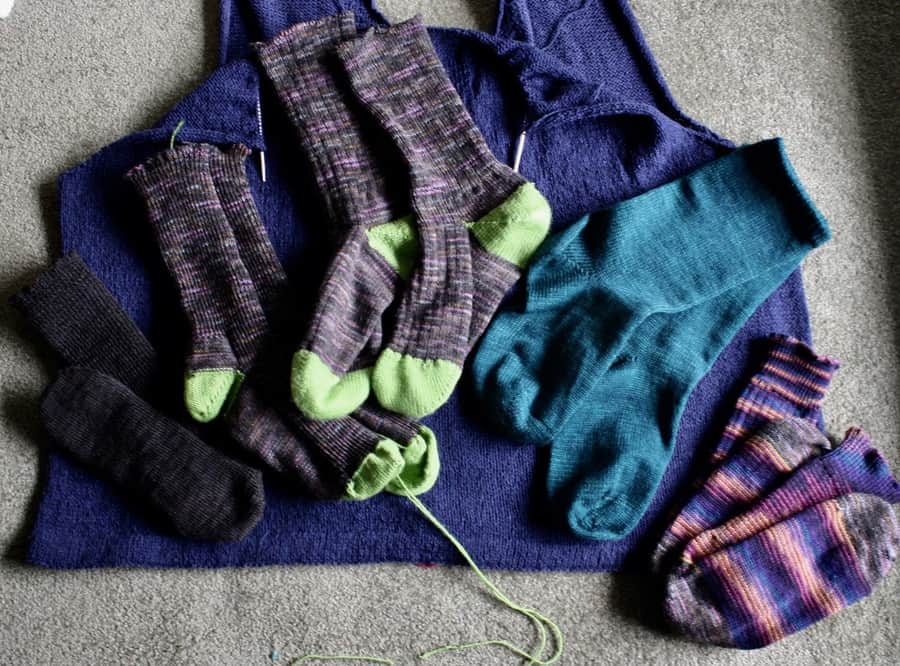 Just note, this doesn’t even show all the mistakes and socks I pulled out and re-cranked.