Seems that the more nuanced my position is on something, the easier it is for someone to demonize either my position or me for having the position.

Sometimes I wish I could be more “black & white” when it comes to my opinions, but for accuracy’s sake, I am often conflicted about absolute ideas.

As a liberal, it’s a slippery slope when you agree with any point that an anti-abortion person has.  Give them an inch and they’ll take a mile.  But honestly, I’m anti-abortion myself.  I’ve written about this before, but I think aborting a fetus is incredibly invasive to a woman’s body (from what I know…and trust me, I’m no expert), and it seems people I know who have aborted pregnancies had a difficult time with it emotionally.  So, in general, I’m anti-abortion.

However, I am TOTALLY pro-choice.  Taking away a person’s right to their own life, health and what they do with their body is wrong in every possible way. And making abortions more difficult to obtain unless you’re rich is one of the most heinous and oppressive method for trying to outlaw a woman’s right to choose.

So, if you ask me if you should have an abortion, I’d likely try to help you consider ways of not doing that…but I would never try to dictate what you decide or try to make you feel badly for whatever choice or action you take.  You and your doctor should always have the ability to make decisions about your health and well-being.

I’m pro-gun.  I like guns.  I find them intriguing and exciting in many ways…immature feelings, but true anyway.  I own guns…Thaddeus’s dad left us a shotgun and a rifle when he died, and I’m glad to own them.  I’m hopeful one day to own a handgun and get training on how to use it, so I can shoot it (with glee).  I honestly don’t think it will make me feel any safer or more secure, but on a shooting range, I think it would be a lot of fun.

However, the NRA stance on guns is a terrible danger to our country.  I consider owning an AR-15 to be folly and I have said publicly that if you need an AR-15 to hunt anything, then you suck as a hunter.  I also think we need significant restrictions on who can purchase a gun in this country.  The recent Republican/Trump bill that made it easier for people who are mentally ill to own guns is one of the most insane things I’ve seen them do (and there’s a lot to choose from).  Mostly, I think it pandered to the NRA whose political tactics are getting more and more undemocratic every week.

Finally, and much less nuanced…I think we need assisted suicide in this country.

Jack Kevorkian was one of the most sane, gentle-hearted warriors we had when it came to this.  If I have the ability to determine that a beloved pet should be euthanized…even when that pet can not speak to me and tell me their wishes…I think humans should be afforded some level of choice in their ongoing existence.

Cruising right along on the Silky Wool Carigan. 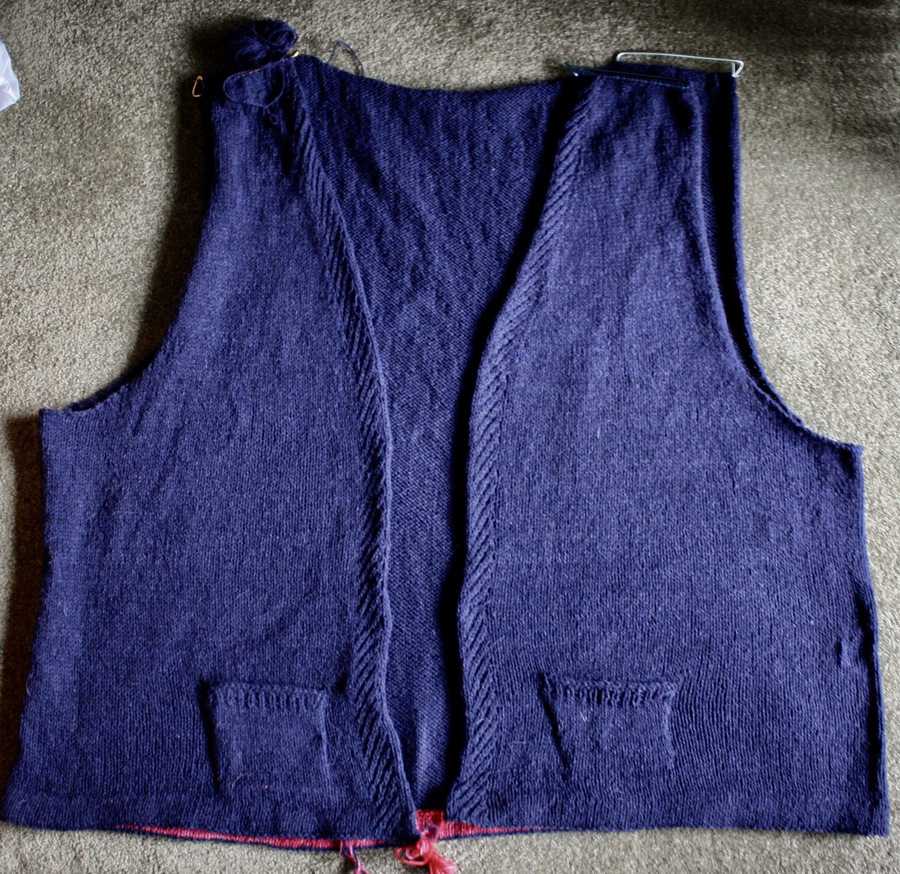 Looks like I’ll have just enough yarn to make the exact cardigan I was hoping for, so now it’s onto the sleeves!