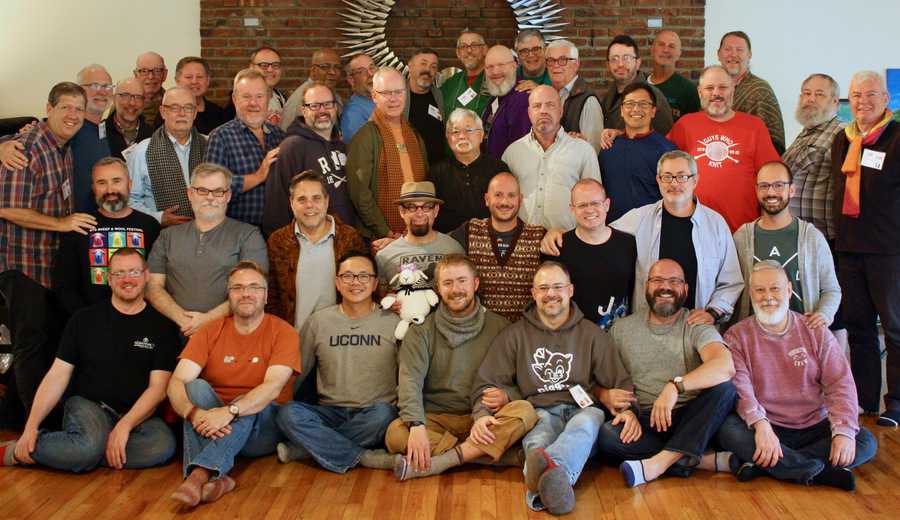 The desire to commune with one’s own people has never been more evident than in the recent surge in popularity of the Men’s Knitting Retreats.

These unique events have become incredibly popular for guys who participate in the fiber world, and they seem to attract a fantastic group of guys.  Many of the retreats sell out rather quickly even as we grow the number of events being scheduled.

Recently, we added second North East retreat in September to the schedule and the events keep filling up to capacity.  And I honestly don’t think we’ve plateaued yet

The first one is the Men’s Knitting Retreat North (MKR North) in Stirling Ontario in August for our Canadian fibre-guys.

If you know any guy who would like to spend a long weekend in a beautiful old pioneer cabin in the beautiful old forests of Ontario, they can learn more about it and/or register here:

The second one is the Mid-Michigan Men’s Knitting Retreat ( MMMKR) in Williamston, MI in June.

Taking place in a retreat space specifically for crafters, this retreat will let 8 guys join in celebrating the fiber crafts

Coincident with all this new activity, I was just recently interviewed by a freelance writer who is doing an article on knitting retreats in The Globe & Mail, one of Canada’s national newspapers.  We’re hoping for an April publication date.

Finishing the second sleeve of a sweater always seems like a big milestone. 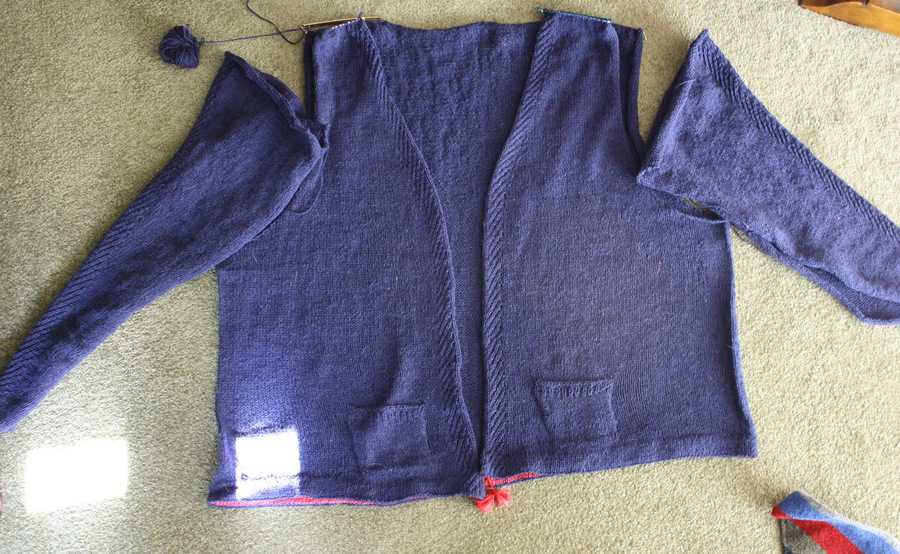 I plan on attaching the sleeves and blocking the cardigan to make sure it fits as I had hoped.  I will do any shaping/changes necessary before starting to do the button band and collar.

I also did a few more rows on the still-increasing knitted sheet. 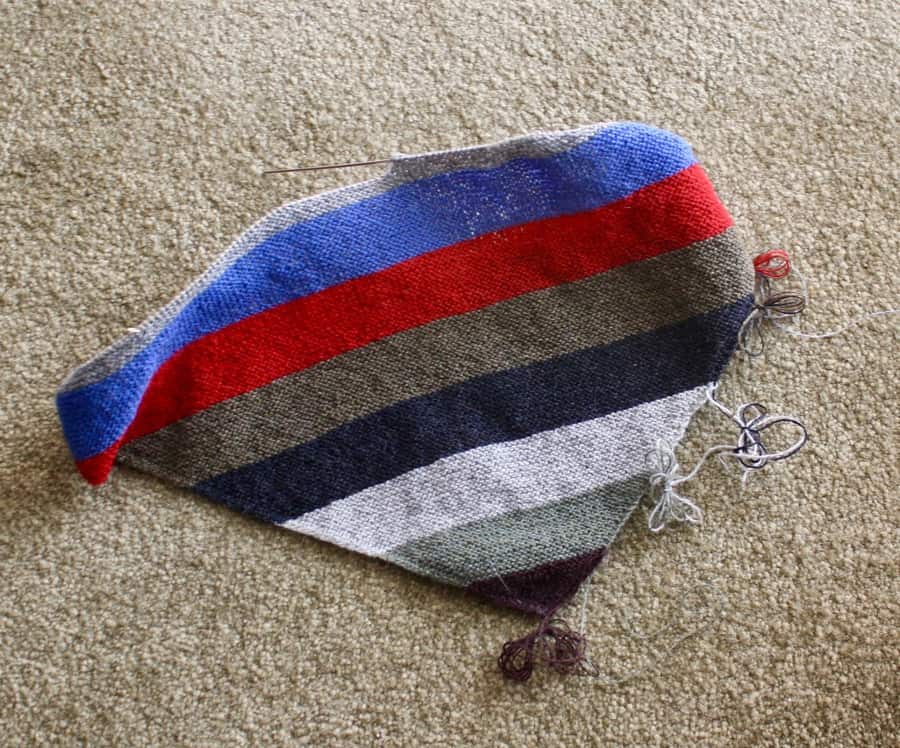 I’m still not at all sick of thousands of tiny stitches and I’m still dreaming of seeing this completed sheet on my bed.