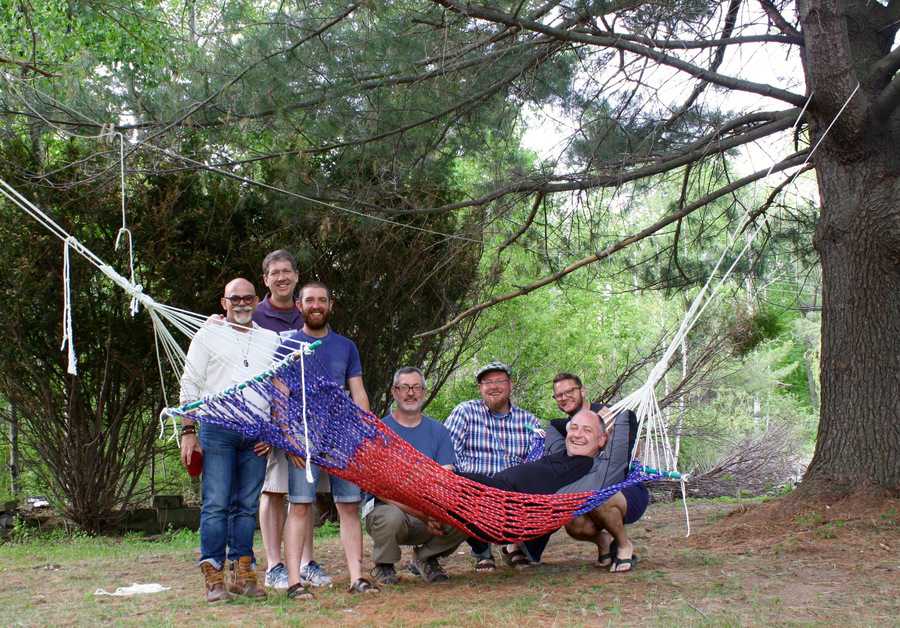 Ever Wanted to Produce a Retreat?

Most things are more involved than most people might imagine.  Producing the Men’s Spring Knitting Retreat for the past 10 years has never been a chore, but there is an enormous amount of planning and activity required to make it happen each year.

Lying in a Hammock – Knitting a Sock

This coming Monday, I will pack up my car (to the rafters…if cars have rafters) and head up to Greenwich, New York to begin preparations for the 11th annual Men’s Spring Knitting Retreat.

We have 43 guys attending and the official retreat will begin on Thursday, May 17th.

Over the years, I have honed the art of producing this retreat into a fine science and it’s been incredibly gratifying to see other guys around the country have done similar work for their regional retreats.  We have seven active Men’s Knitting Retreats currently being produced and they still continue to be more and more popular.

So much so, that it became easier to create an initial guide for would-be retreat coordinators to at least answer most of their initial questions.

The regional Men’s Knitting Retreats are all coordinated, financed and produced by volunteer coordinators who want to foster this amazing community in their own area, but there are a number of centralized functions, like the web site, the scholarship fund, social media promotion, etc. as well.  It’s been amazing how much growth we’ve seen in the demand for the retreats.  Two examples of the expansion are the Great Lakes Men’s Knitting Retreat sold out rather quickly last year and again this year, so an interim retreat was added into the schedule…the Mid-Michigan Mens’ Knitting Retreat.  Similarly, the Men’s Spring Knitting Retreat has been selling out very quickly for the last few years, so we’ve created a second annual retreat at Easton Mountain in September – North East Men’s Fall Knitting Retreat, which will coincide with the Adirondack Wool & Arts Festival (formerly the Southern Adirondack Fiber Festival), which happens to be just down the road from Easton Mountain.

We’re not sure how fast (or if) the North East retreat will sell out, but if you know anyone interested, we will officially open registration for the first-ever such event this coming Saturday at 10:00 am Eastern Time.

Oh No!  I hate this kind of shit and it makes me want to throw my knitting in the trash (which I won’t). 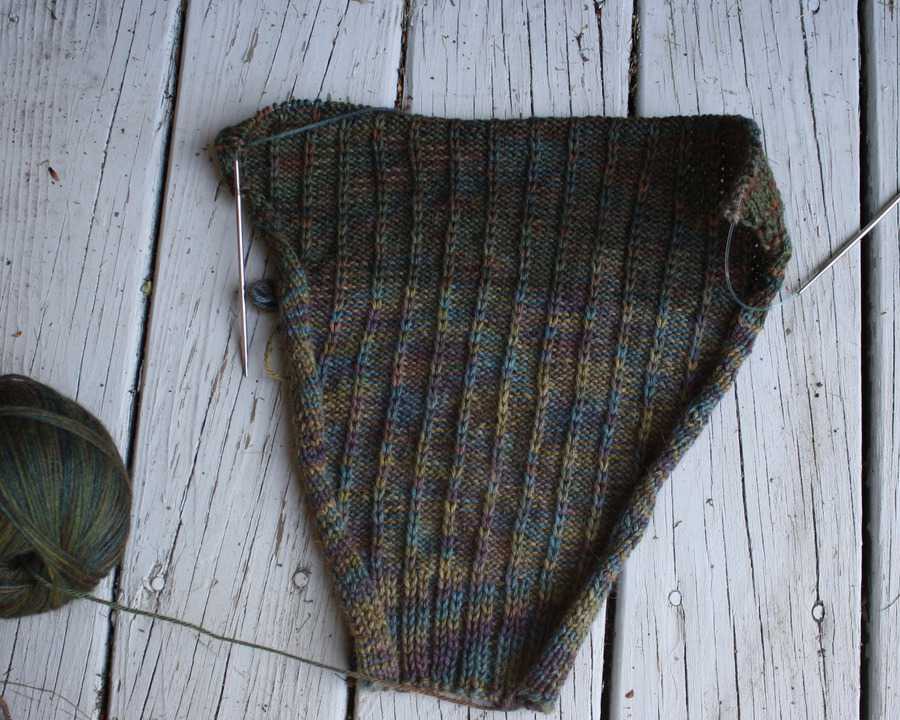 Can you see where I switched to the new hank of yarn?  It’s a completely different colorway! 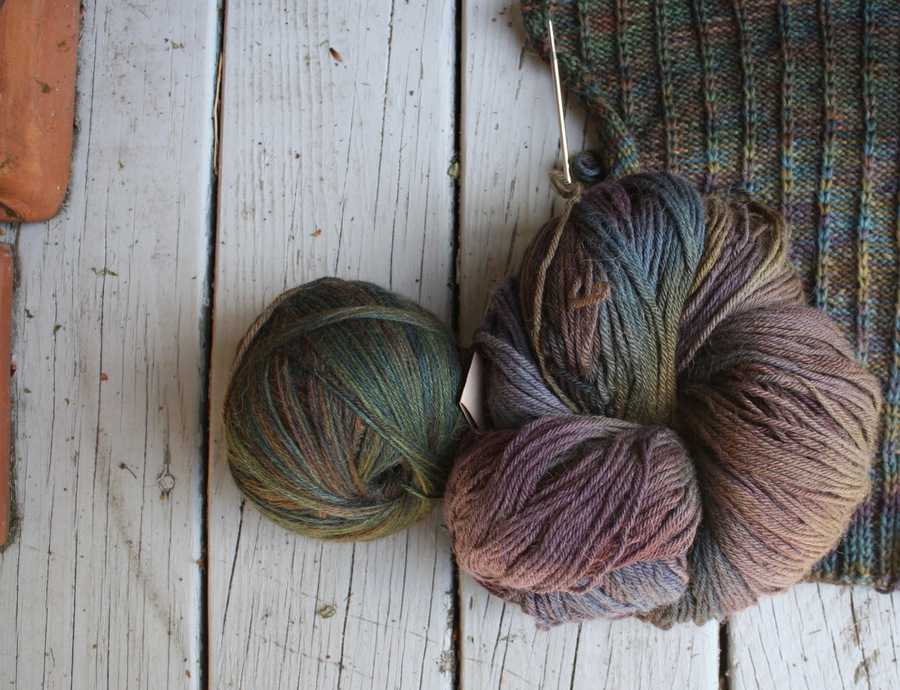 Ugh!  It’s probably my fault…I pay so little attention to that kind of thing…hell, this could be a completely different yarn for all I know…I threw away the tags when I wound them into balls.

Hopefully I have enough yarn in the last hank to finish the sleeves in all one colorway…otherwise I’ll have to pull out both sleeves and intermingle some of the different colorway.