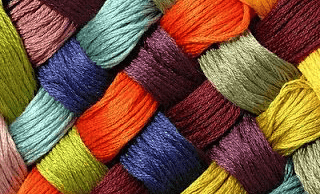 With the somewhat informal beginnings of the Men’s Knitting Retreat, we’ve run into some growing pains as the retreats expand and get more popular.

Initially, Ted and I never expected these events to be anything really significant. Now that some of the more well-established retreats sell out quickly, we’ve been trying to expand the number of retreats so we can accommodate as many guys as we can.

We also just got a question from a MMK (mostly machine knitter) if the retreats were just for HK (hand knitters).

First of all the retreats are definitely not just for hand knitters…in fact, despite their name, they’re not even just for knitters at all.  The retreats are open to knitters, crocheters, weavers, spinners, tatters and any other fiber enthusiasts.  In fact, we’ve even had the random non-fiber guy attend a retreat.  I’m not sure what URL domain name I would have chosen to encompass all that we are, but I would have tried to choose a web site name that didn’t restrict the notion to knitting.

As an example, here is the list of workshops that guys at the retreat this year offered to the attendees:

So, as you can see, we’re much more diverse than just knitting…any good suggestions for changing our branding at this point?

Here are some photos of the various workshops: 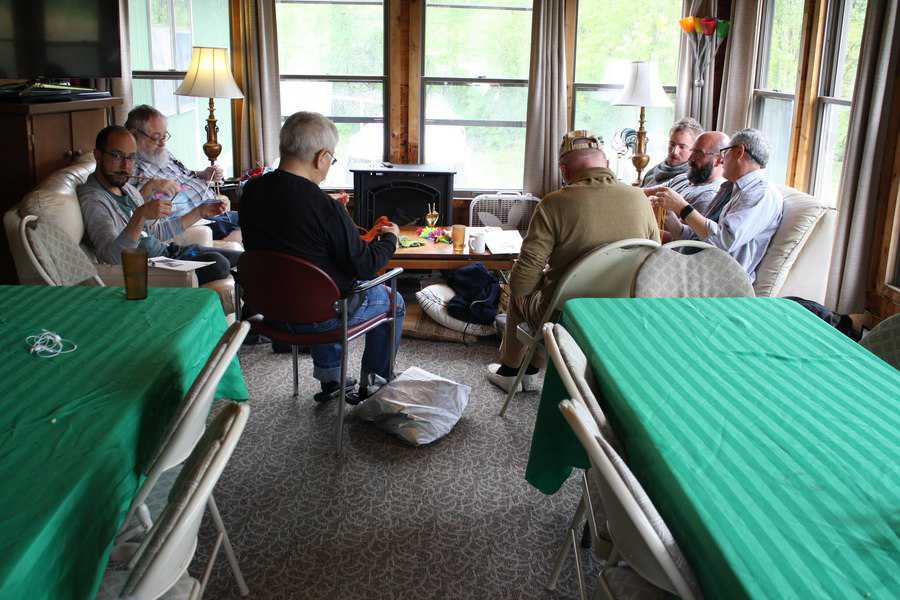 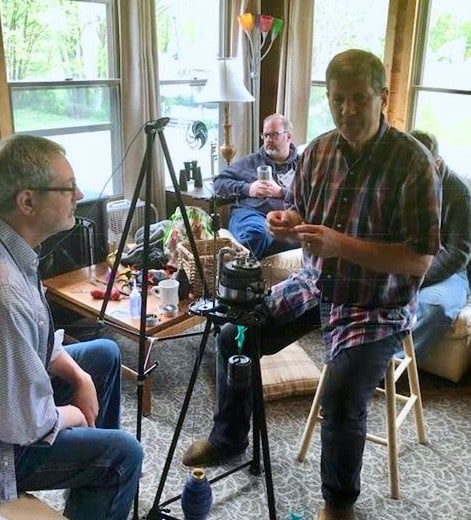 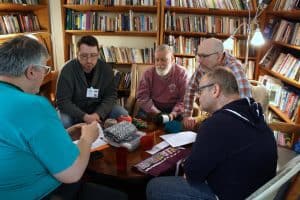 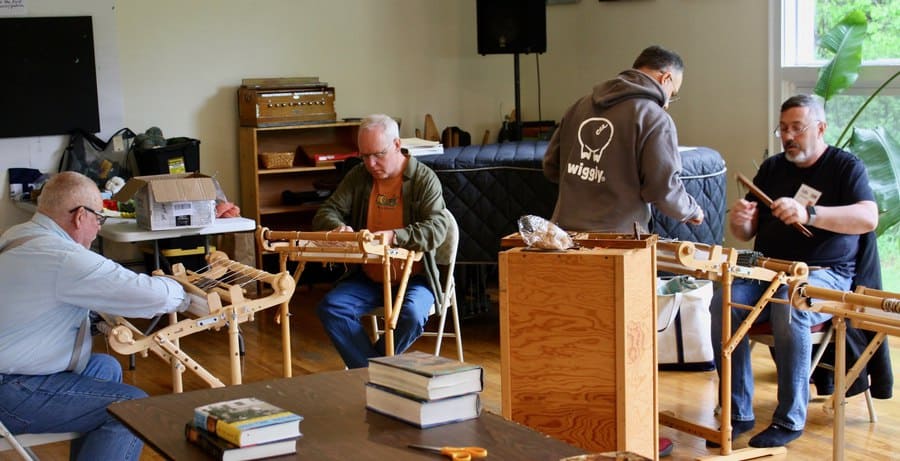 I finished knitting the remainder of the first Brethren Sock and made quite a bit of progress on the complex section of the second sock. 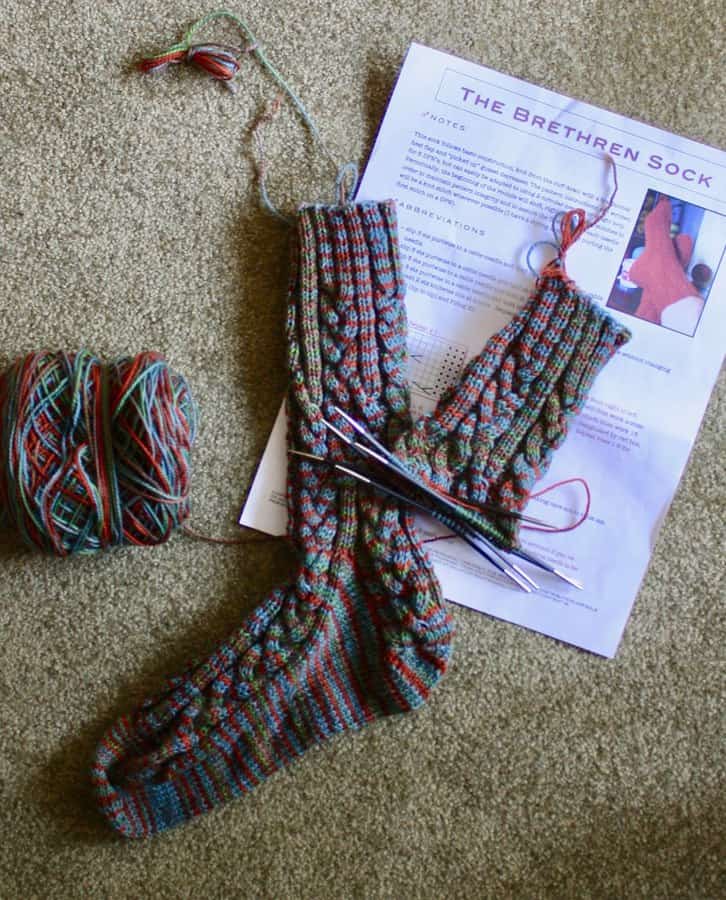 Reading Mill’s words and taking his direction on how to move stitches along my needles has been comforting in so many ways.  One small part of the legacy he left us with.