There is an Apple Store at Quakerbridge Mall in Lawrenceville, NJ that had me questioning what all the fuss was about with Apple Stores.

A poor experience with helping an older friend buy and iPad, a lousy experience having a battery replaced in my iPhone which required two visits because they broke the glass on my iPhone.  It was all about to result in a rant here on QueerJoe about what a shitty Apple Store this is.

Until, I met the Genius Bar tech guy who checked in my iPhone to have the glass replaced.

I honestly don’t think this particular Apple Store is very well managed…their processes for picking up a repaired device is fraught with the potential for customer frustration.  And they have a couple of employees there that really don’t understand how to speak with people, which indicates their hiring practices aren’t the best.  But they clearly have some stellar examples of employees there too.  More so, I don’t think I’ll ever go back to this Apple Store.  I have an alternative in Bridgewater, NJ that has better Yelp reviews.

Finally, if you’ve made it this far into my boring story…when I went to pick up my iPhone, the Genius  Bar employee told me that they couldn’t repair the glass on my iPhone and they’d have to charge me $129 for a replacement phone.  After arguing with him for a while about having to pay anything after they broke the glass, the manager of the store was brought in and agreed to replace my iPhone for free.

You can imagine how conflicted I was with this entire experience…it was a painful experience for both me and the store, and I eventually got what I wanted…but I definitely felt let down by the promise of these beautiful stores.  So, I’ll choose to focus my thoughts on the brilliant techie who was so empathetic and helpful.

With two WsIP on the needles, I have been making steady and regular progress.  The first WIP is the Slipper Socks (KAL) I will be wearing at the North East Men’s Fall Knitting Retreat in September, since the retreat center asks us to take off our shoes in the main lodge building. 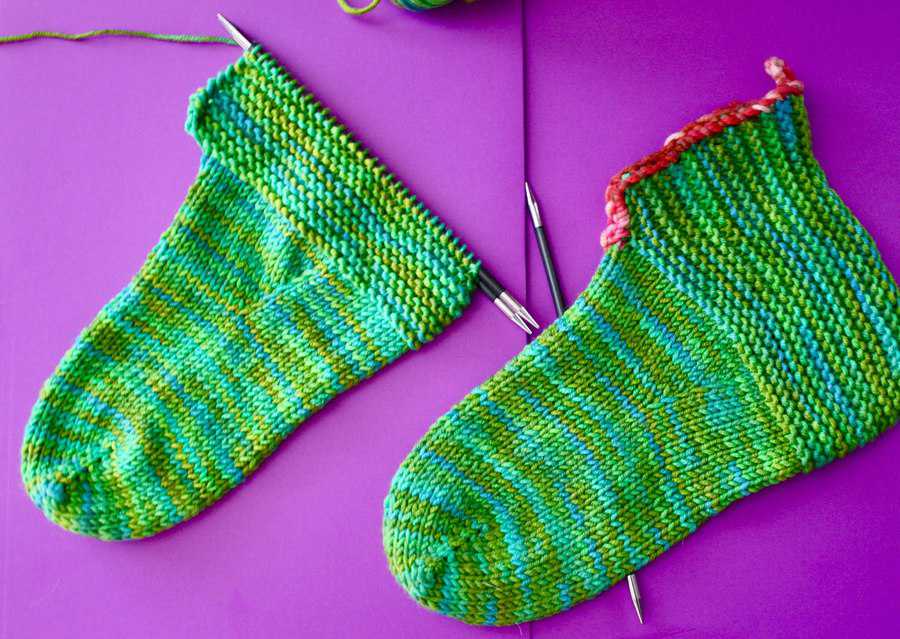 Does anyone else wear the first sock whilst they work on the second? 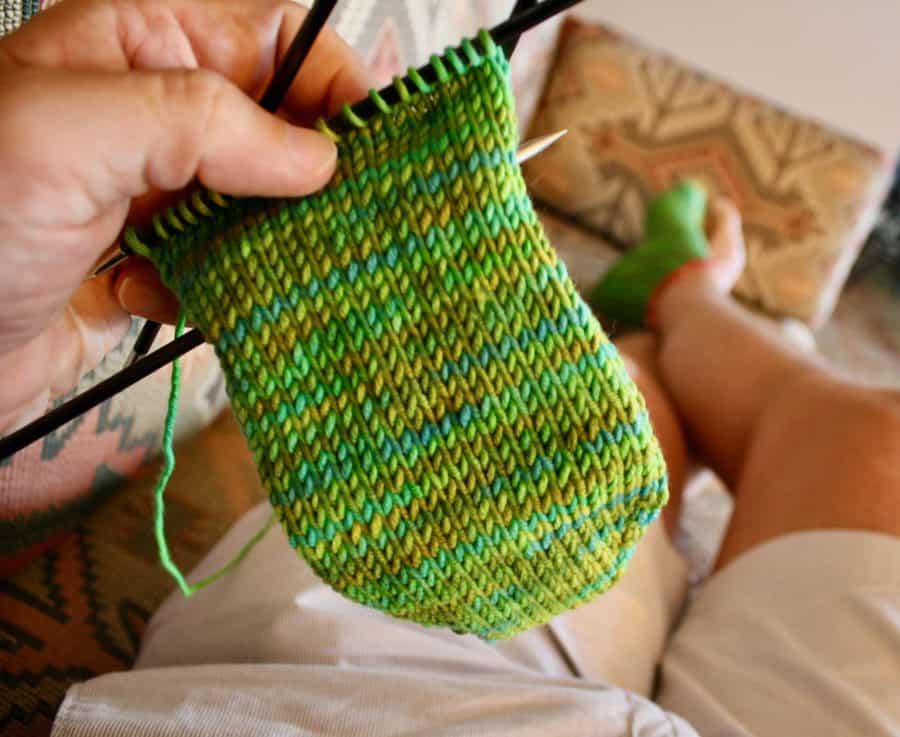 The second WIP (also a KAL), Finish The Dance Cowl is moving along quite nicely. 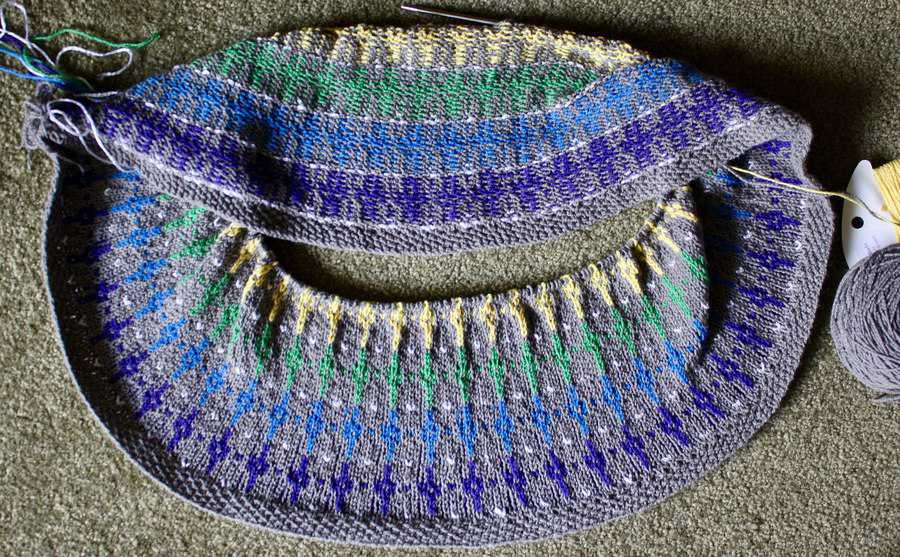 I’m almost finished with the yellow and have two more colors to go in this rainbow-like progression.  I also like this photo as it shows how neat my stranded knitting is on both the outside and the inside.  The HiKoo CoBaSi yarn is really nice to work with, especially for a cotton/nylon/acrylic blend.