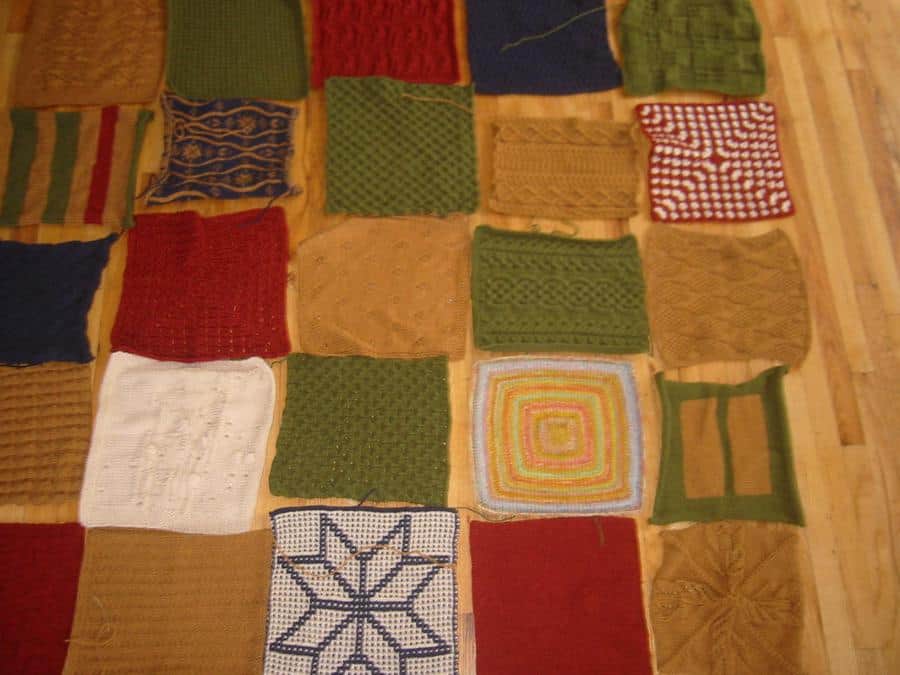 Back in 2010, Kyle suggested that the Men’s Spring Knitting Retreat organize a group project to knit squares for a blanket that would become a blanket we’d donate to Easton Mountain.  I will never forgive him for that (fortunately, he’s done tons more things for which I love him).

The Easton Blanket project was organized in the second year of the retreat…before I learned to say “No!” to great ideas.  We had to choose a yarn that was machine washable and that was readily available to anyone that wanted to participate.  We decide on Vanna’s Choice.  We had to decide which colors you could choose and limited it to five colors.  We came up with a specific size for each of the blocked squares (8 inches, I think), and finally the guys went to work and brought their finished squares to the retreat in May.

The sewing up of that blanket, and the subsequent edging crocheted by Tom Bloom took months, at which point we finally had a beautiful blanket to donate to Easton.

Suffice it to say, I will never organize another project like this…way more work than I cared to take on in addition to the regular tasks of organizing the retreat.

One of the talented crafters that I know through the craft show circuit sent me an article about an even more ambitious project…millions of times as ambitious, in fact. 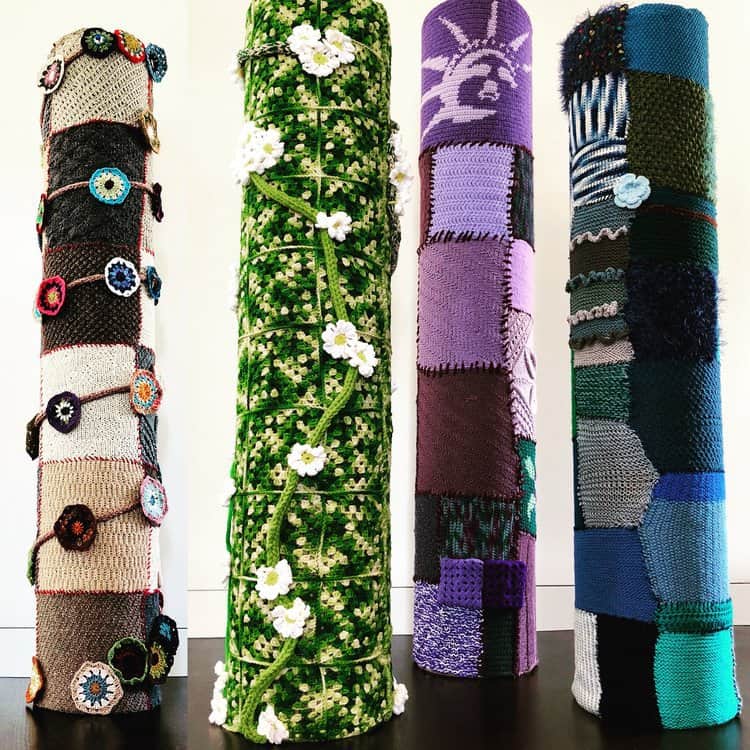 The Immigrant Yarn Project is collecting knitted pieces from a very diverse population to celebrate the diversity of our world.

I would NOT want to be the person organizing this behemoth, but I’m thrilled it’s being done.

Over the weekend, I was able to finish the Interlocking Crochet Scarf.

I love how it came out…deep, rich, confetti-like links interlocking in a beautiful drapey scarf. 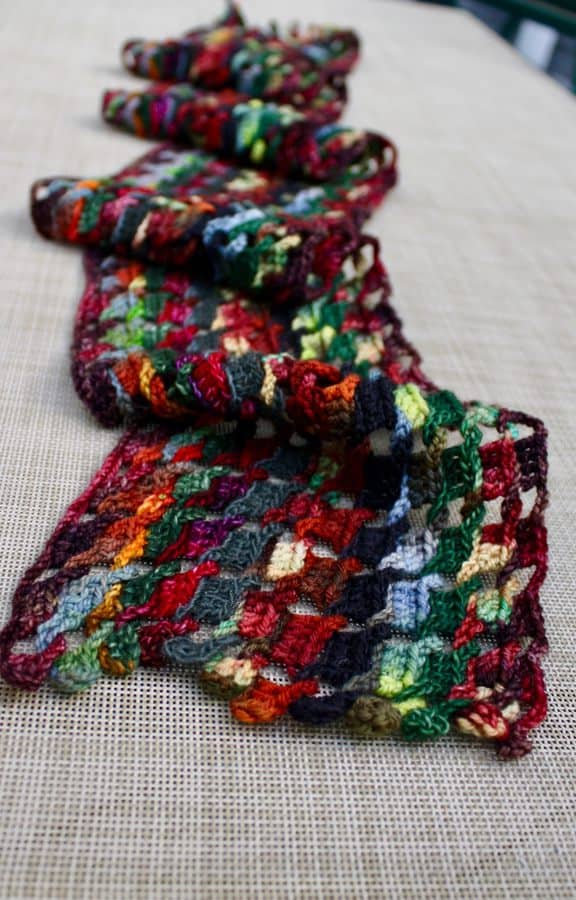 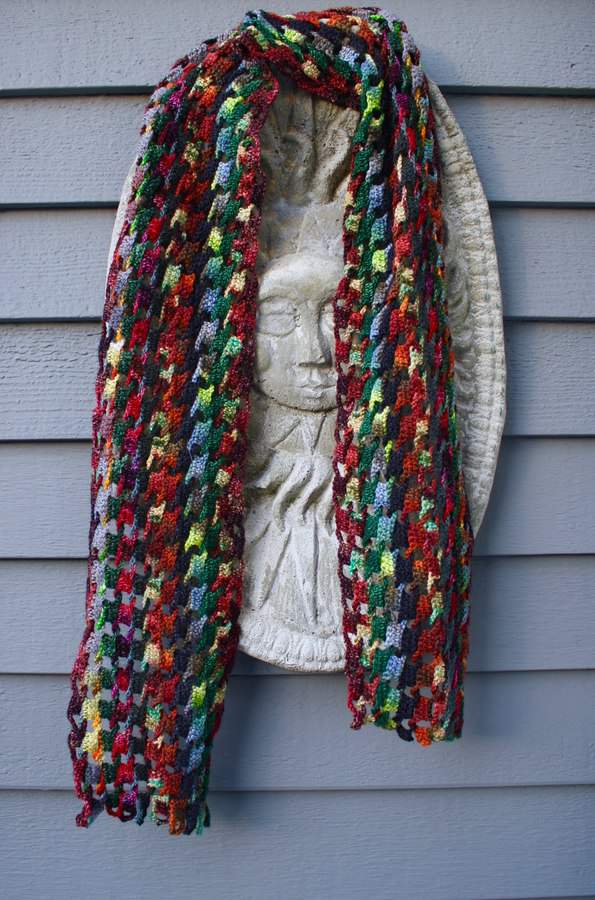 I couldn’t be more pleased with how this one turned out…exactly how I had imagined it…perhaps even a bit nicer than I’d imagined.

I also made some progress on the second Slipper Sock of the pair and I am still LOVING the colorway of the yarn dyed by Michael. 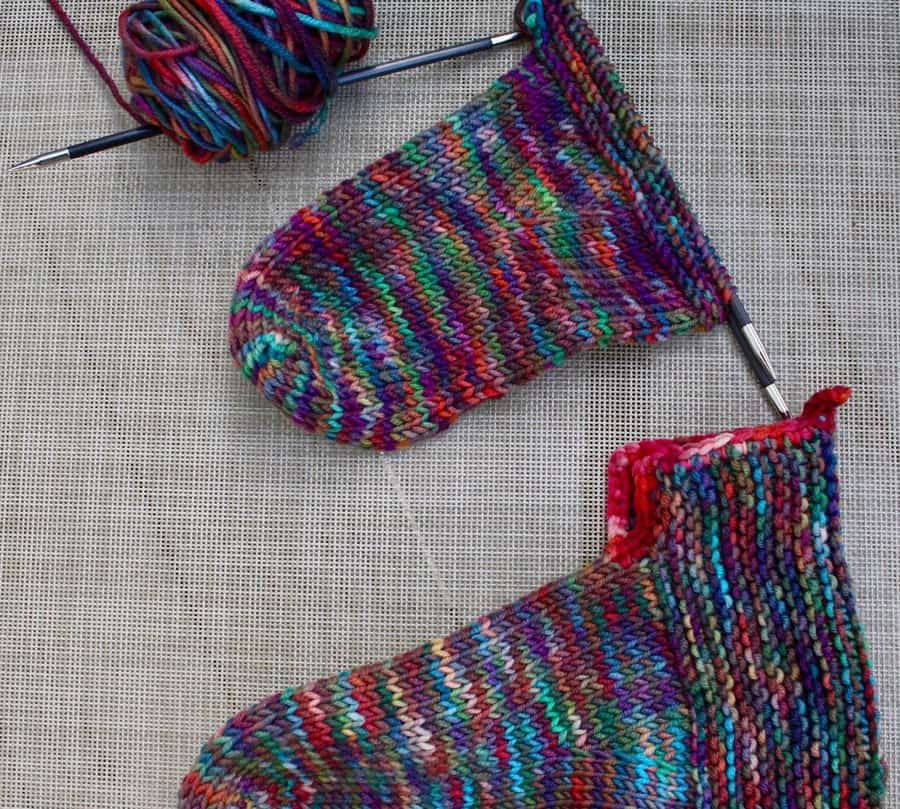 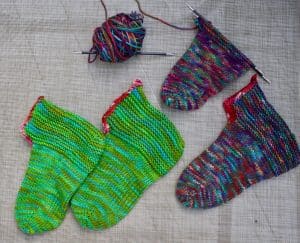 I will be walking around Easton Mountain’s main lodge building in the bright green pair and someone else will be able to wear the second pair.  The yarn is cushy and soft and has been a joy to work with.