As a retiree, my needs have become a lot more clear, and I seem to buy less of what I crave and more of what I require.

Ebbs and Flows of Money

Thaddeus taught me through example two important things about dealing with money:

Two very simple ideas that have allowed us to live a simply satisfying life and retire comfortably.

So far, it seems we’re doing better than planned…which is what I’d hoped for.

As luck would have it, I chanced upon this lovely bit of fiber at a local artisan fair while on vacation on Martha’s Vineyard. 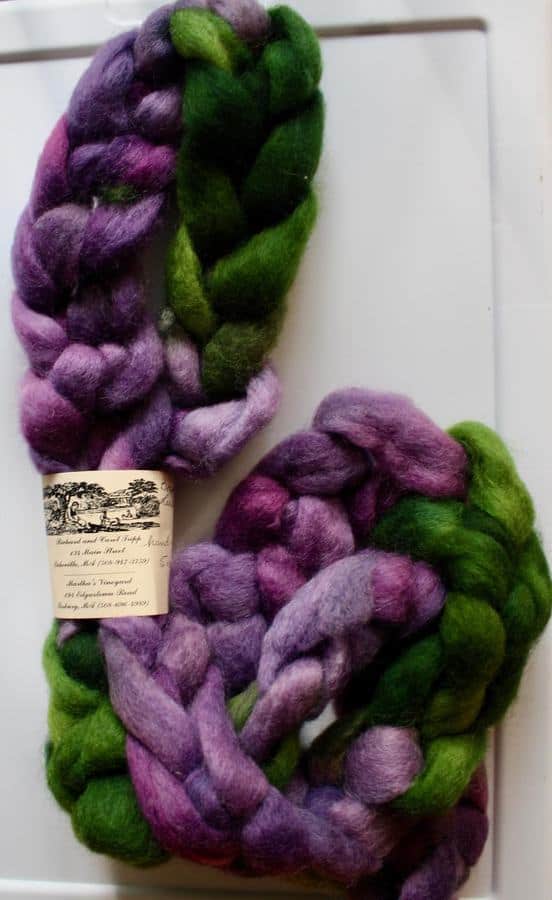 It’s 5 ounces of Border Leicester roving…the wool was from sheep raised by the vendorRichard And Carol Tripp Farms) and it was also hand-dyed by them.  It wasn’t really a big splurge for me, and I was extremely satisfied by supporting a local wool producer.  Plus, it will spin up beautifully…don’t you think?

I also have been yearning for a tablet so that I can read the news more easily than on my computer or phone.  So we purchased this earlier this week. 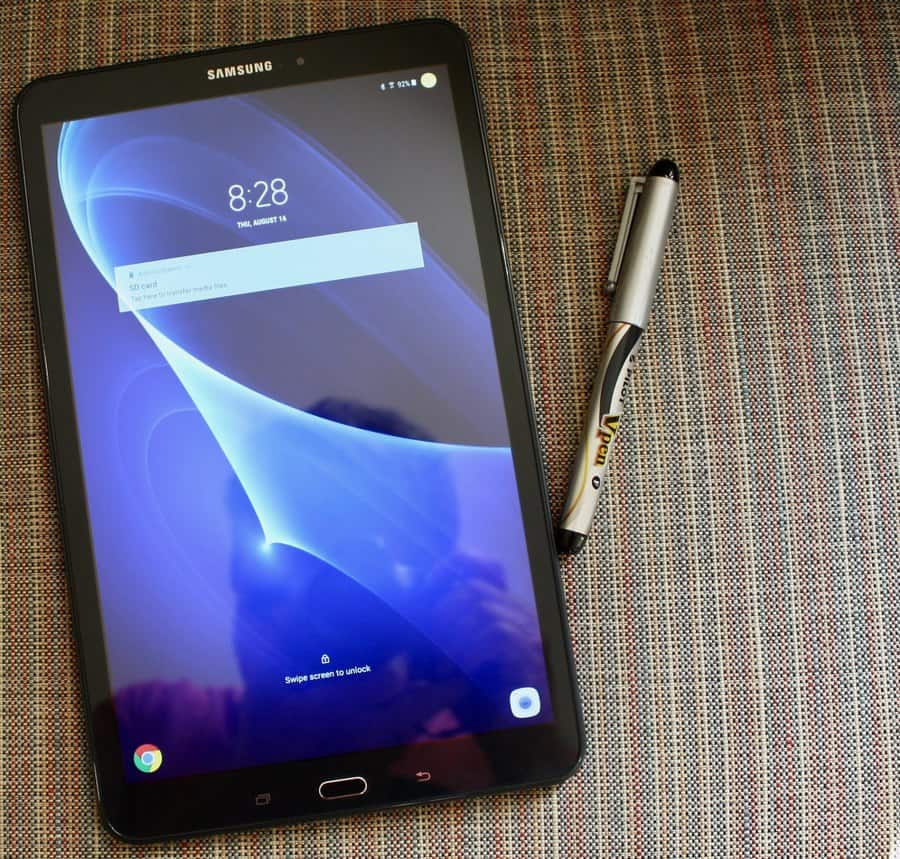 With an iPhone and a laptop, I debated how much I really needed this and then Costco put it on sale for this week, and it seemed a no-brainer that it was time to buy it.  No, it’s not an iPad.  No, it doesn’t come with an S-Pen.  No, it’s not the 32GB version.  I didn’t need any of that and I didn’t anticipate that I’d need any of that in the foreseeable future.  It’s not austerity measures in any way, but it seems to meet that criteria of not exceeding a simply satisfying lifestyle and finances don’t call for austerity.

Finally, I also received this in the mail from WEBS.

For those of you following, Franklin has designed a knitted version of his bawdy sheep friend, Dolores and his famous knitting designer friends have designed various knitted outfits for her to wear.  I plan on owning all of them and this yarn is the Amy Herzog design for Dolores’ Fair Isle Pullover (including the lovely parasol to keep Dolores virgin-white even on sunny days). 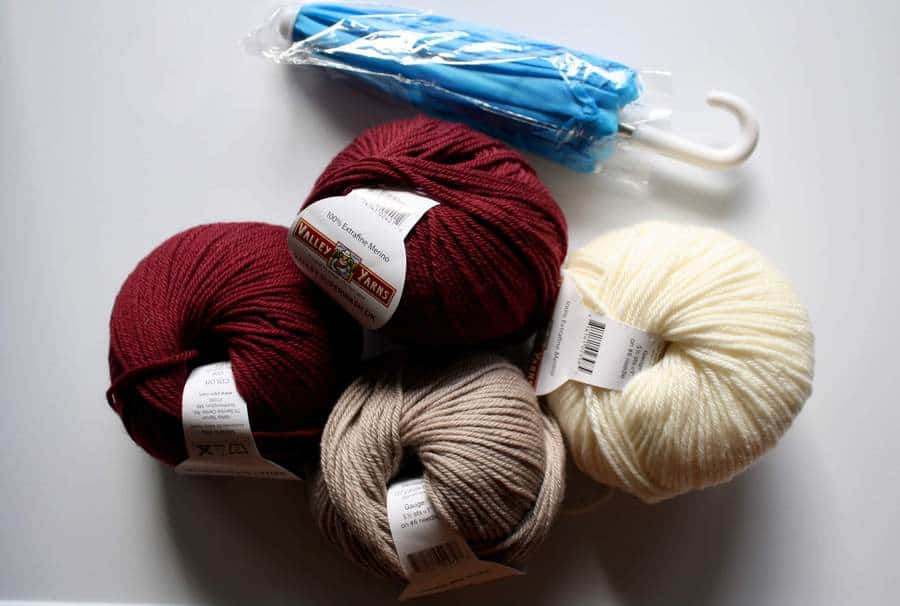 I haven’t knit Dolores yet and won’t get to Amy’s design soon either…but I wanted to make sure I owned it.

With the Old Shale Wrap having a hank of yarn gone missing, I started a new Knitted Cross Stitch Scarf. 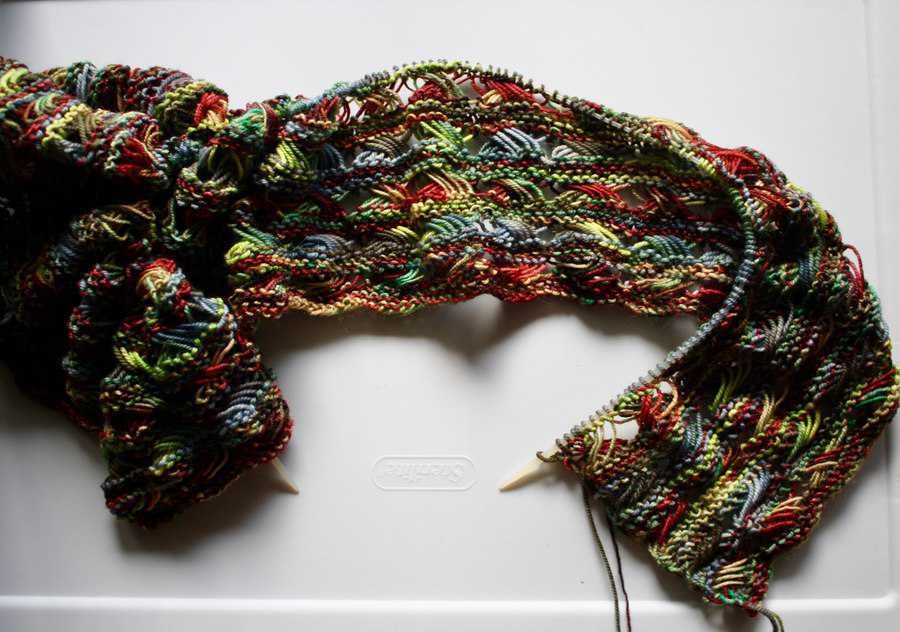 I am loving this color combination.

I also did locate the missing hank of Persimmon Tree Farm and made a little more progress on the Old Shale Wrap. 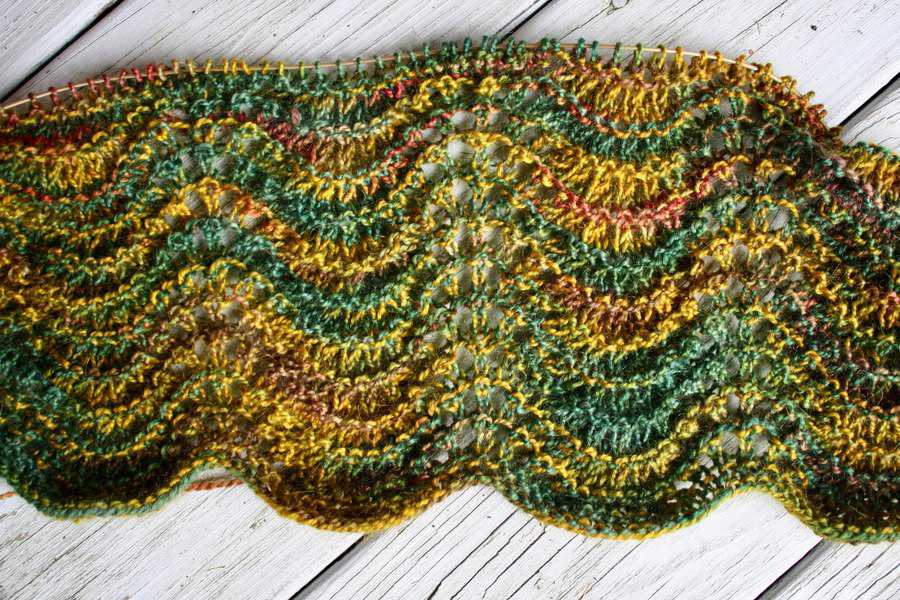 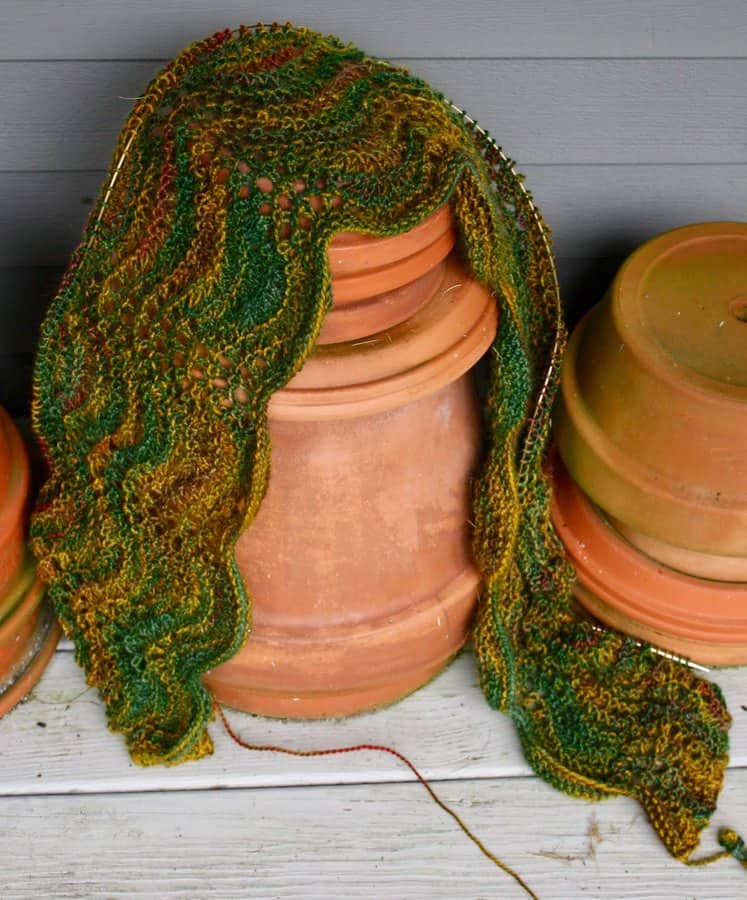 It’s a beautiful yarn and will make a gorgeous wrap.  Both projects are knitting up quickly.