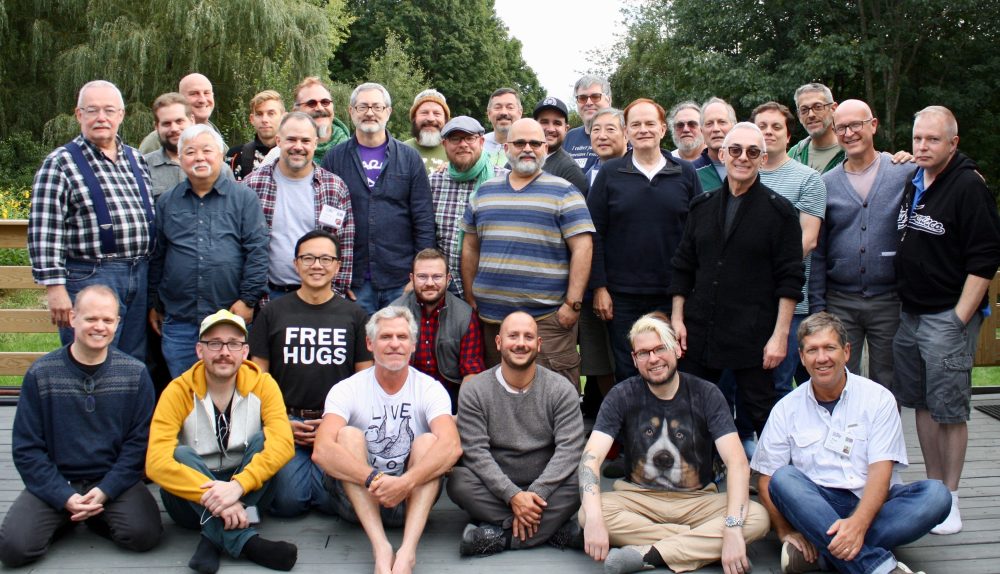 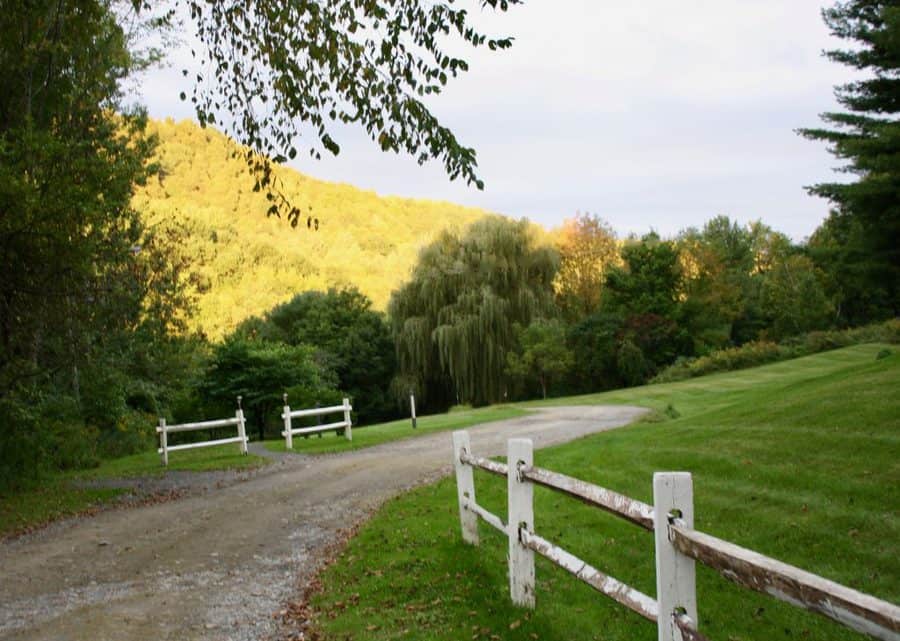 After 11 years of participating in various Men’s Knitting Retreats, you’d think I’d trust that the magic of these events would consistently happen…and yet I worried it might not hold true for the first Fall retreat at Easton Mountain. 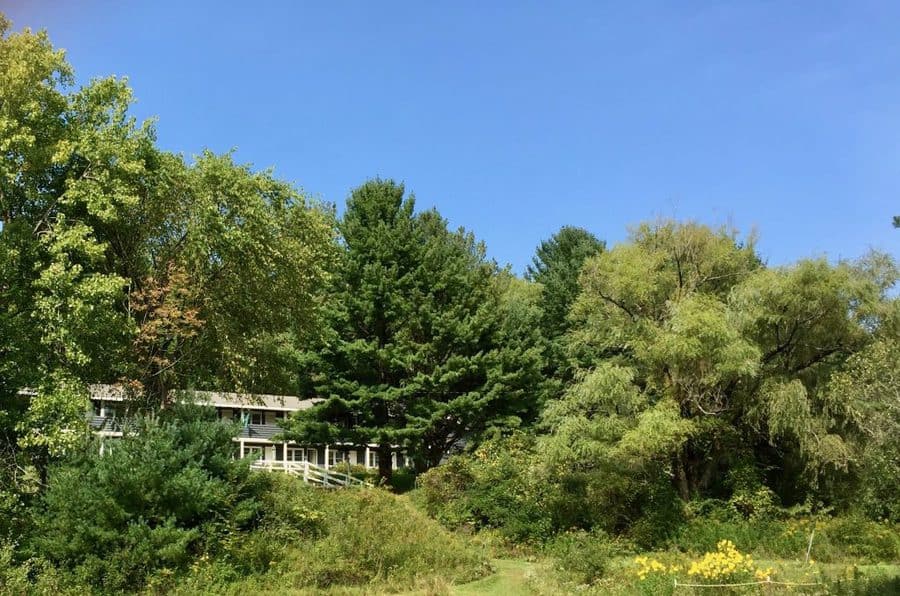 The May retreat has become a trusted source of amazing men’s knitting community each year.  It consistently shows that magic can happen when a group of guys gets together for fiber-crafts in a beautiful venue.

So, having doubts about a second retreat in September at the same venue (Easton Mountain), should have been silly…but doubts I had none the less.  Would the weather make any difference?  It was cooler and a bit blustery during the retreat.

Would the smaller size group have an impact on how we housed the guys?

Would having it be coordinated by Aaron make it any less awesome? 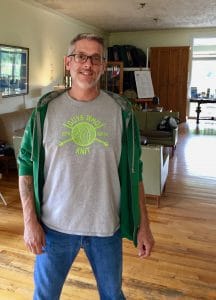 Would our more limited budget for give-aways make it any less enjoyable for the guys? 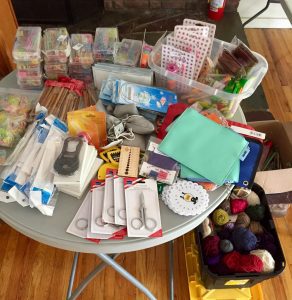 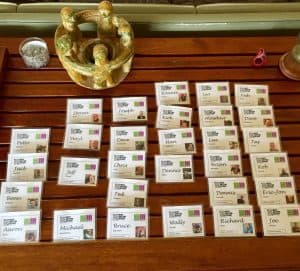 I can only say that on Thursday afternoon as the guys started to arrive Aaron and I were standing the great room of the main lodge building where most of the guys had gathered to greet old friends and introduce themselves to new ones…nothing formal had begun as we awaited the first scheduled event of the retreat (the wine and hors d’oeuvres reception).  I looked around at about 25 guys…long-timers and newbies alike and every one of them was fully engaged and participating in what had already magically transformed into an incredible community of guys. 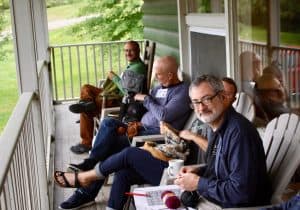 Suffice it to say, I needn’t have worried.

While someone did catch a rare photo of me knitting at the retreat this past weekend, it was only a swatch for my “Expert Table” on the Indian Cross Stitch technique. 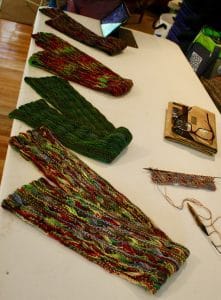 I did also do minimal knitting on the Garter Biased Scarf, but not enough to show a progress photo that would look much different from the last one I posted last week.