There was a time in my past when it was unthinkable that I’d get a spam call on my cell phone.  These days I get 2 or 3 calls from spammers every day.

I know lots of cell phone users get these calls…they come in with the same area code and exchange (or similar) to your own.  My cell phone begins with (267) 98*-**** and so do most of the incoming phone numbers on caller-id.

When I answer these calls, I get one of two types of calls:

Here are two ways I’ve used to eliminate these calls:

At one point, I was being offered home remodeling up to 3 times a day, so I finally told them I desperately needed to have windows replaced in my house.  They put me through to a second-level call center who confirmed my name, phone number and zip code (all of which they already had) and I was told someone would get back to me.  Finally I got a call back from 1-800-REMODEL.com, Inc. asking when they could send someone out to give me an estimate.  When I told the caller how harassed I had been for months, he chided me for lying about wanting windows replaced…he also yelled at me for swearing at him.  I filed a complaint with Better Business Bureau which seems to have been taken very seriously by 1-800-REMODEL.com, and I have stopped getting calls about home remodeling (they actually replied to my BBB complaint…with lies, but they replied).

Secondly, I’m only accepting phone calls from people in my Contact list…all other calls I’m letting go directly to voicemail.  Up until recently, I had been blocking any spoofed numbers, but I find as long as I update my Contacts list with any new numbers I want to receive calls from, then I should be good just not answering unknown calls.  There are some apps that allow you to auto block non-Contact calls, but they usually charge a subscription fee.  Here’s the best summary of options I’ve read (including a free option for AT&T users…unfortunately, I’m a Verizon user).

I’ll let you know how it turns out.

I’m continuing to knit hats to bring the total count up to 25 hats. 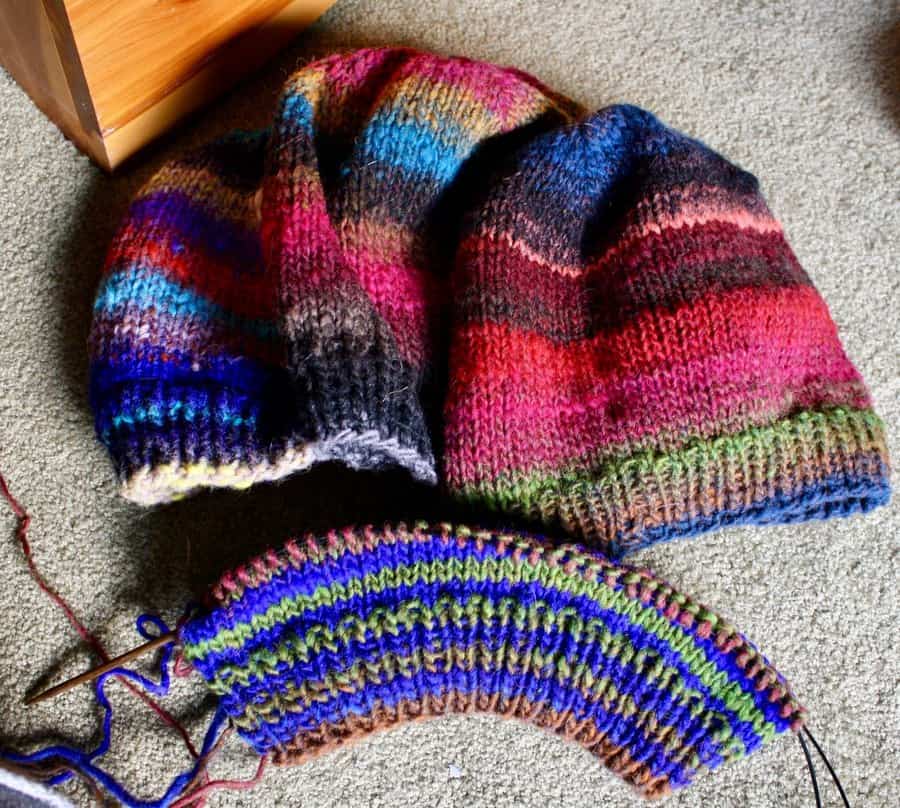 Only 8.7 more hats to knit!  I also finished the Garter Biased Scarf. 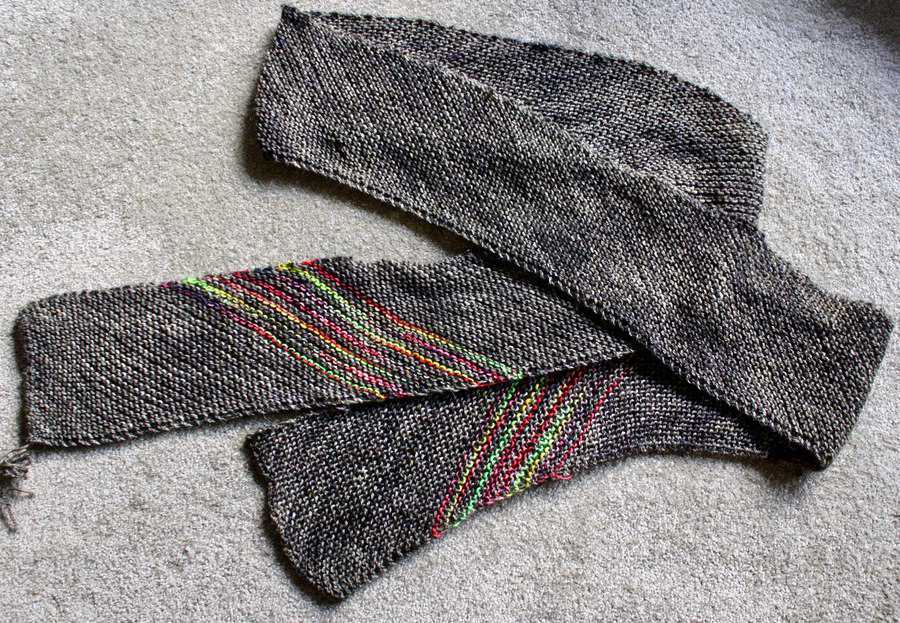 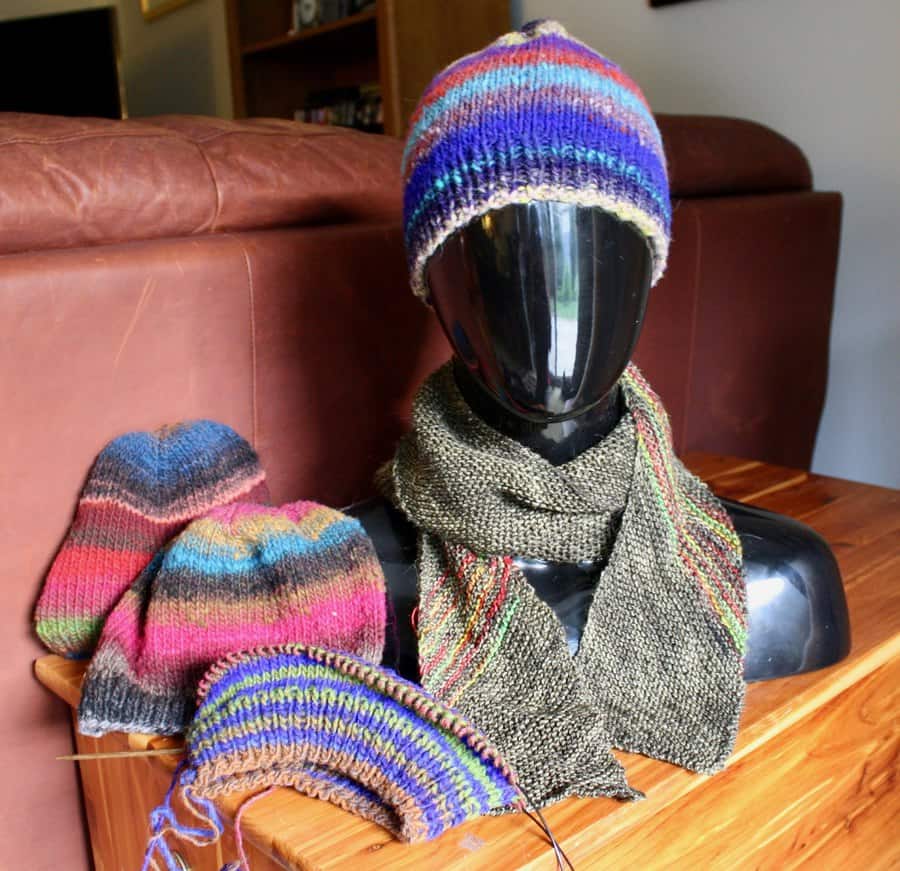 I do have ends to weave in, and this one needs to be washed so the wool fluffs up a bit, but that leaves 5 more scarves to knit up before the end of the month as well!