Since the blog has been redesigned and now that voting is in full swing for the mid-term elections here in the U.S., I thought I’d share two of my inner-dialogue theories that might seem counter-intuitive.

Many folks who practice martial arts have said for years that using force can be used against you. I’ve found this concept to be true in two areas:

I realized back in 2016 when the nightmare happened in this country, that as I drove through some of the more rural parts of Pennsylvania that Donald was going to win the election…I just recognized that there were no amount of political signs I could topple over that would erase this fraud’s face from the minds of the ignorant people voting for him.  And, in fact, any energy I put in to blur his public profile, somehow only succeeded in feeding it.

So now I just notice and take an informal count of knocked over signs and if my theory is right, Democrats in my area seem to be doing well.  I’ll give an update after Tuesday. 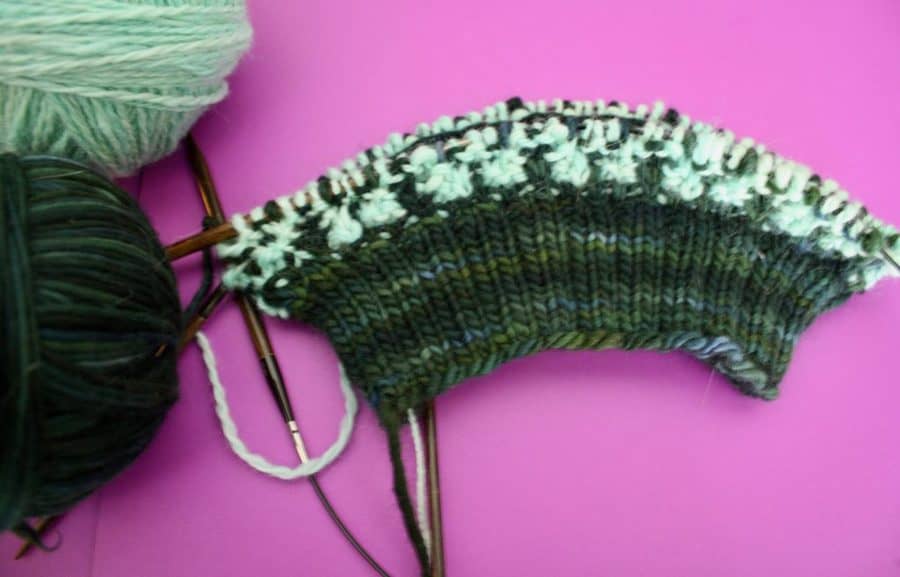 It’s been challenging an fun now that I’ve started the color/pattern-work.  I can definitely NOT work on this one when I’m tired. 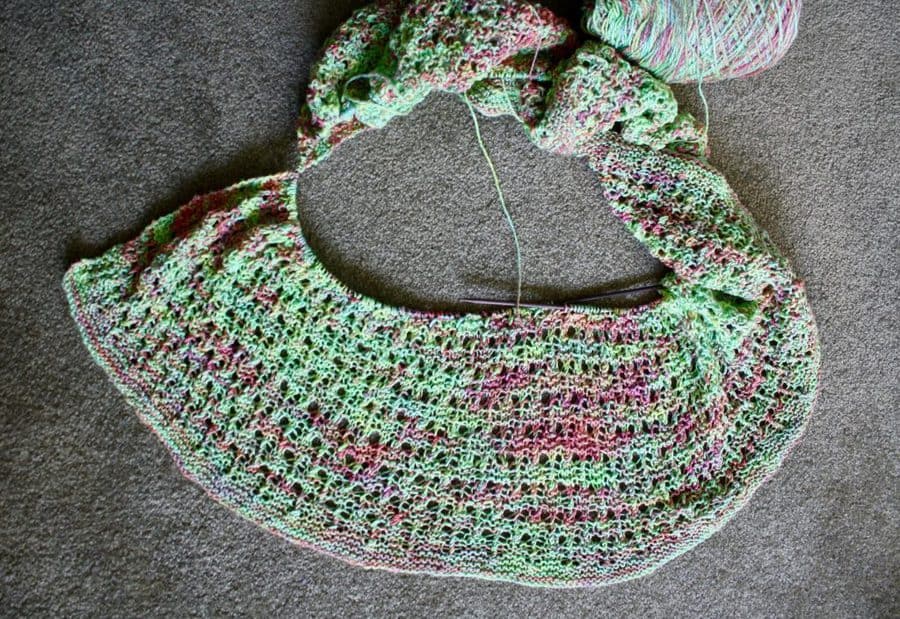 This is about 8 inches (yeah, they all say that) and I will probably end up doing twice that width for the stole if I can stand working on it for that long.

6 comments on “Opposite Theory”