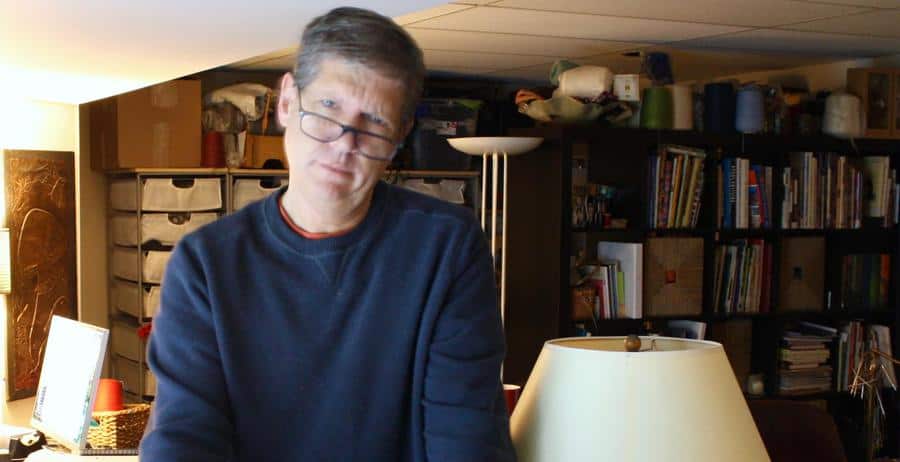 Judging and evaluating are incredibly useful tools for assessing what you like, establishing aesthetic tastes and determining how to prioritize activities, people and belongings.  How else can you make distinctions about what restaurants you prefer, or what items to keep in your house versus what to get rid of, etc. etc.?

When Being Judgmental Interferes

Like all characteristics of personality, there needs to be some level of balance when it comes to being judgmental.

How many times have I dismissed advice or an entire conversation because I deemed the person delivering wasn’t worthy of my attention or consideration?

When have I had pre-conceived ideas of something or someone prevented me from learning something new, finding something exceptional to see or eat or buy?

When has critical thinking been an impediment, rather than a useful tool?

Like many behaviors that can be useful, I have found that when I find something useful, I sometimes go overboard and do it with little or no discernment, neglecting to realize there might be less-productive results to this behavior as well.  Worse yet, I might neglect to even try and decide if some behaviors continue to serve me or if they have become anchors that restrict me.

In my recent past, a friend introduced me to the idea of being a “curious observer.”  Whenever I found myself being overtaken by emotions or dismissing someone or something because I judged it wasn’t worth my attention, the situation clearly called for a more objective view.

Being a curious observer in the situation, rather than a judgmental critic seemed to at least open the possibility of being open and receptive.  This behavior has been very useful in terms of both not being crazed in an interaction with someone and also made me realize that there are others with ideas that might be incredibly useful to me.

I still plan on judging and critiquing in my life…but I’m hopeful this relatively newfound behavior will add some balance and be a useful too.

Listen to my micro-podcast on the subject of being a “curious observer” here on LookWide and see what you think.

With the completion of the Spring Garden Stole, I had a lot of open knitting “space” in my life.

I started by working on the latest\ test-knit hat for Eric-Jon. 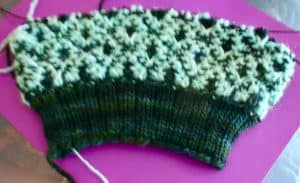 I’m realizing that the yarn I chose for this project isn’t working as well as I’d hoped, but I’m hopeful blocking the stranded knitting will help.  Here’s what one of Eric-Jon’s looks like. 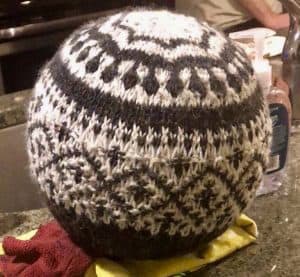 I may just start a second one using Patons worsted wool to see if I can get better stitch definition.  Fortunately Eric-Jon hasn’t completed writing out the pattern, so I can get two test-knit hats ready for the crown shaping portion.

I also decided to finally start a project that’s been backing up with multiple associated projects. 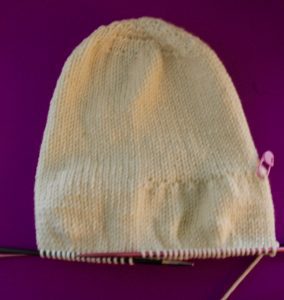 Many will recognize the head, shoulders and chest of Franklin’s famous bawdy sheep, Dolores.  It’s been a fun knit so far.  I realized when I received the fifth outfit for her (Franklin’s own Sugarplum de Soir outfit), I better get moving. 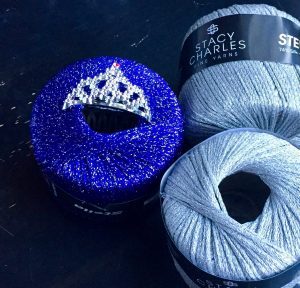 By the way, the latest project for Dolores for her Xmas adventures will be the most difficult to photograph.  Sparkly yarn never photographs well and neither does purplish colored yarns.