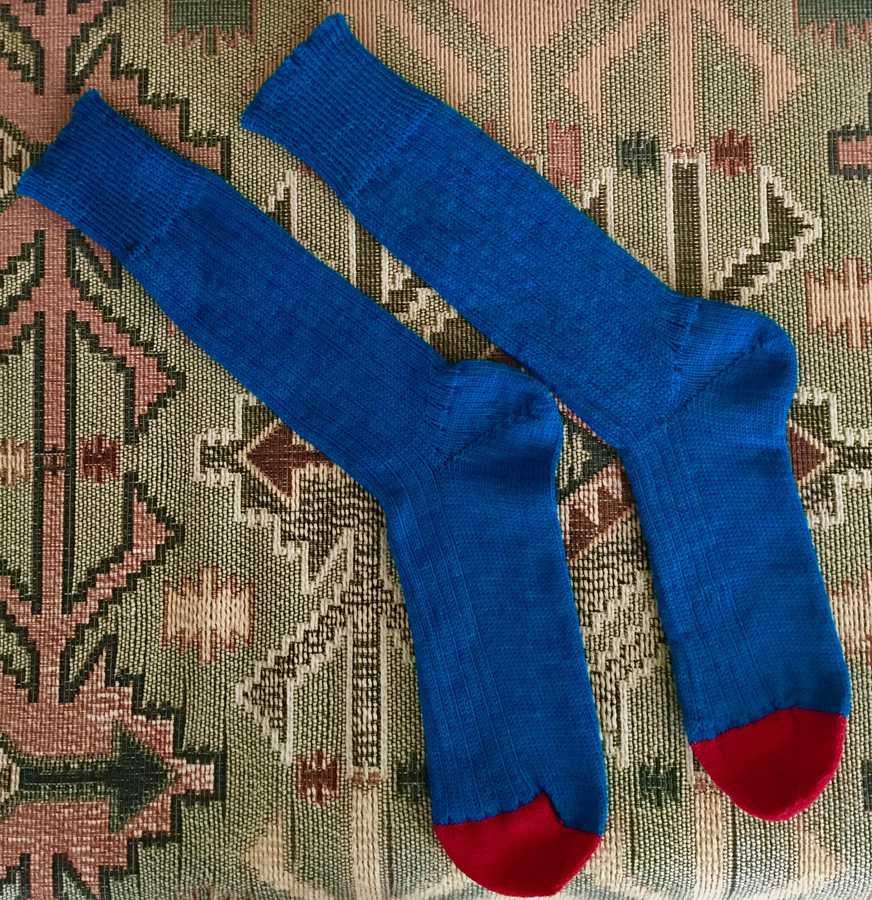 After getting my old bitch (the antique Gearhart Circular Sock Knitting Machine) to spit out an almost completed sock, I figured a second one would be easy.

No, of course not.  I tried casting on a second sock using the same blue yarn as the first almost-sock.  I went through all the same actions:

Second attempt, I finished up until the fifth bullet point and then jammed the yarn in the ribber plate mechanism (FU%K again!).  Lost any interest in trying again for another full day.

Finally on the third attempt, it went shockingly smoothly!  I was able to finish the entire sock (including a machine turned toe in contrasting color yarn. 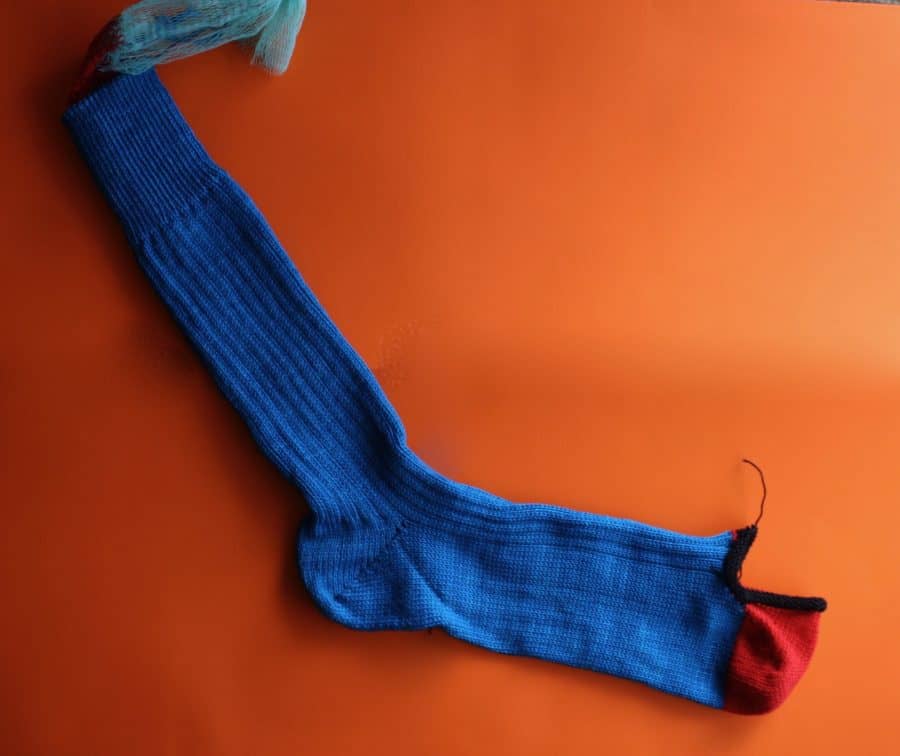 The manual toe is slightly different than the machine-turned toe.  I was thinking that if I was going to have to hand-knit the toe on two socks, I might as well use a technique I like and that can’t be done on the machine.  But I honestly don’t care much about the small difference…I love my new pair of socks. 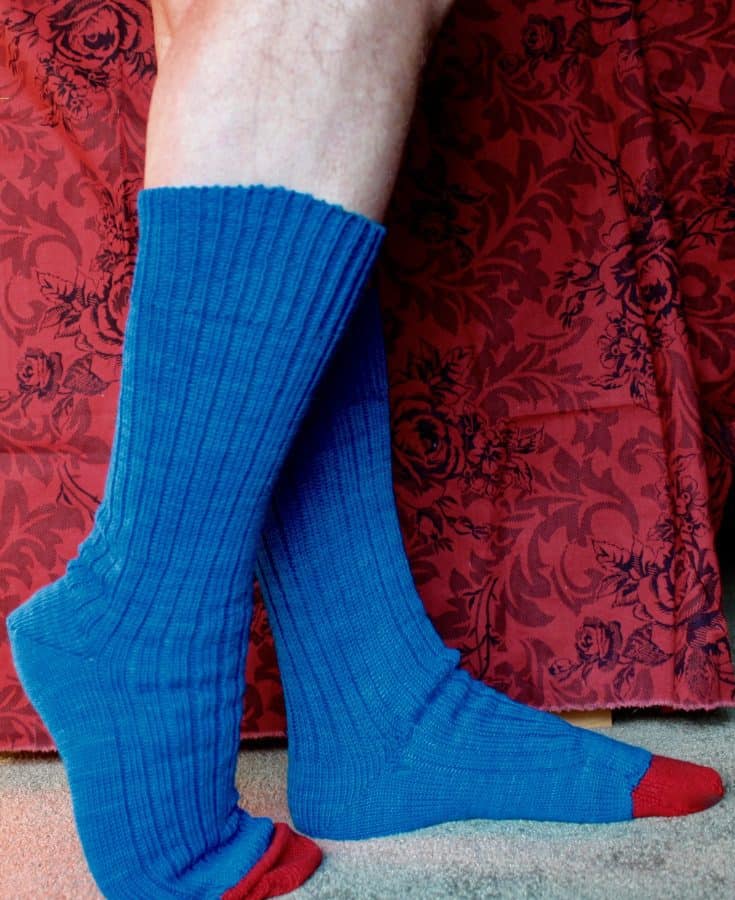 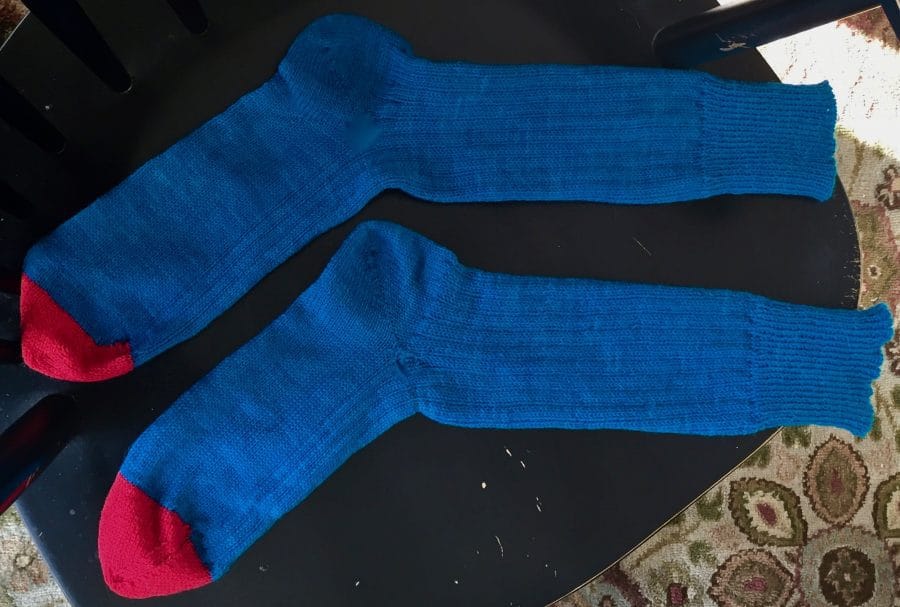 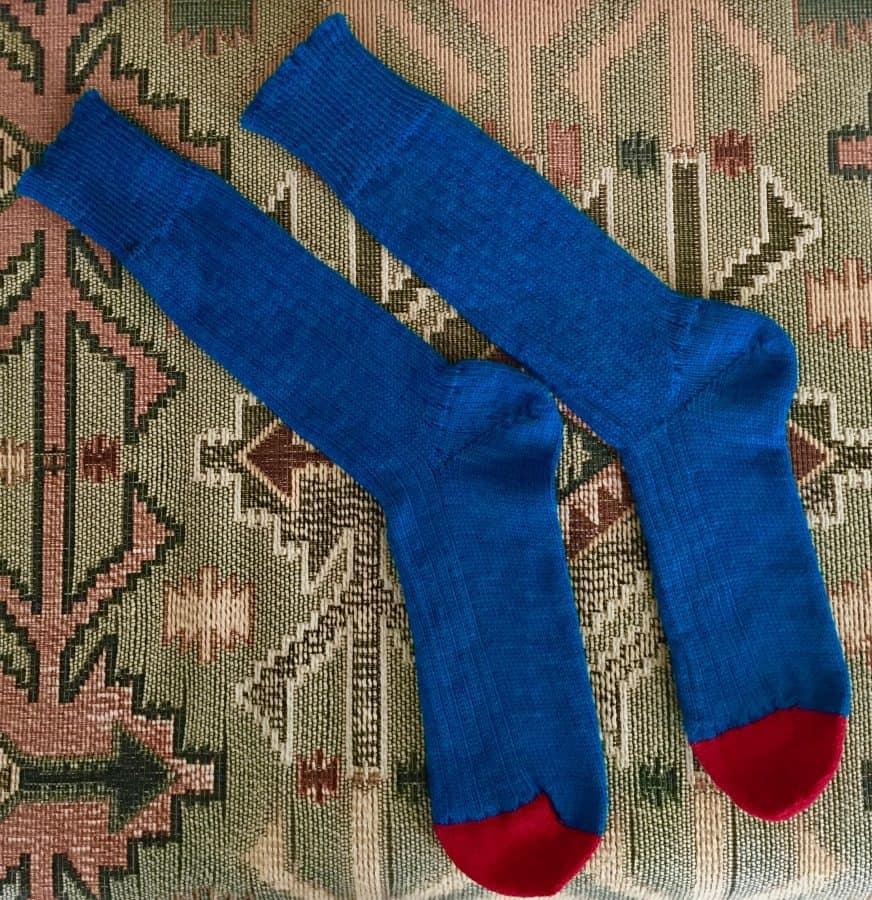 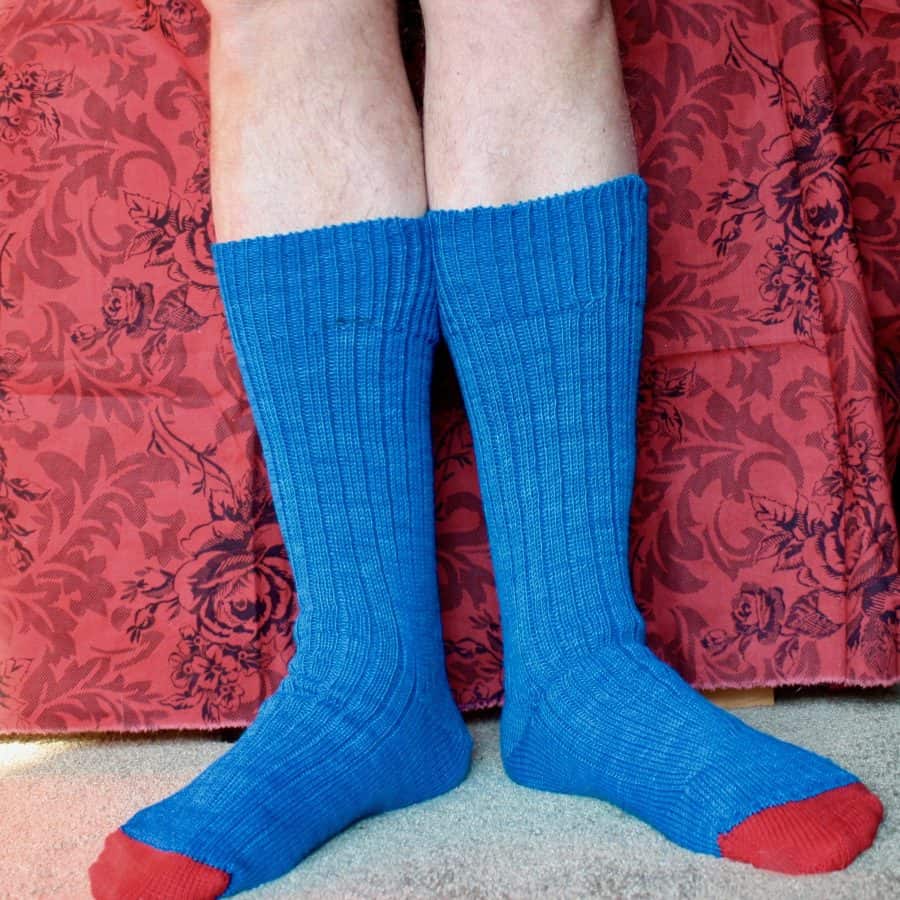 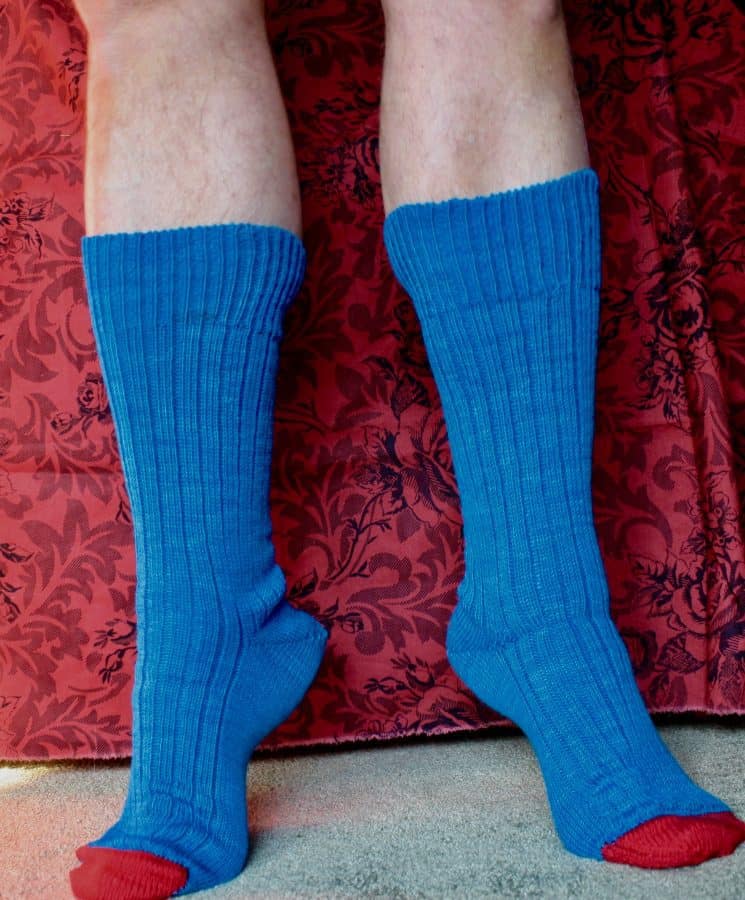 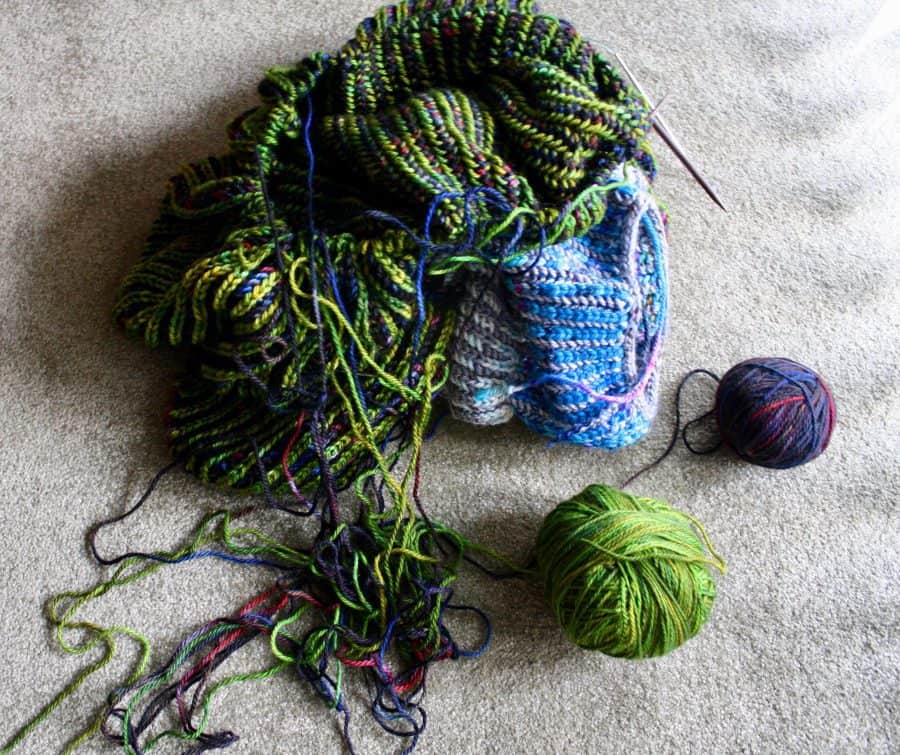 After getting up to about 12 inches on the body of the sweater, I noticed about 10 rows back there were three columns of stitches that I somehow screwed up.  I tried dropping a column of stitches to see if I could recover without ripping back…turned into kind of a disaster.

After a few hours of ripping back and multiple rows, I was finally able to recover and start to re-grow the body of the sweater. 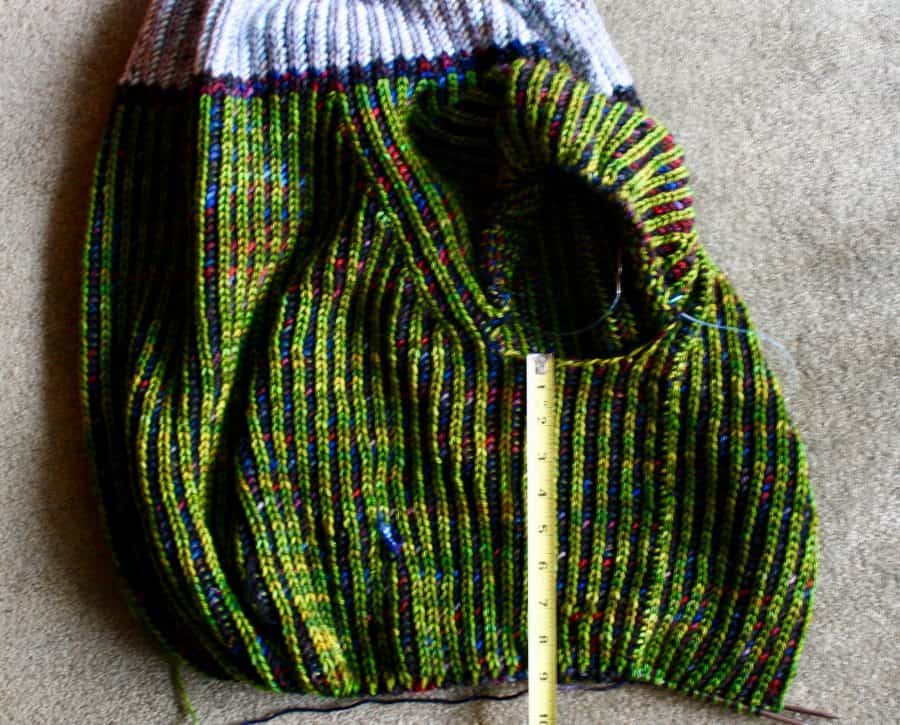 You can see I lost about three inches of knitting, but I couldn’t have lived with the errors, despite the fact that no one probably would have noticed.

5 comments on “Third Time’s a Charm”