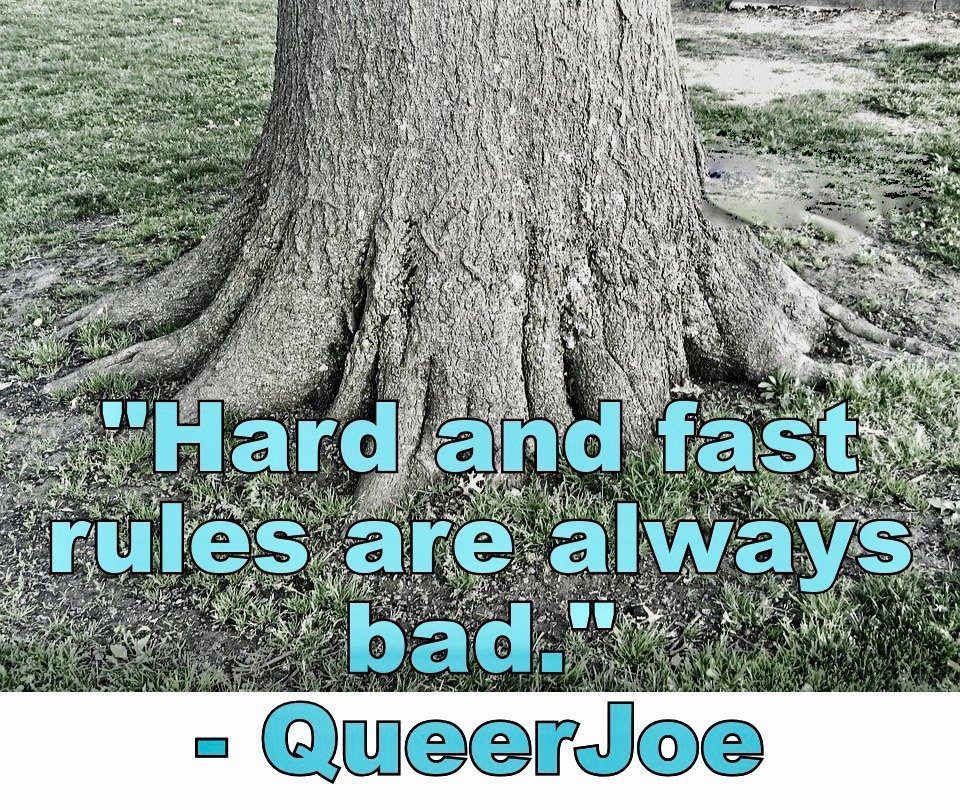 You can quote me on it.  If you have a rule that is ALWAYS true in your mind, it disallows you from every assessing the assumption again.

I was having an extended chat session with someone online. She took exception to me highlighting Ilhan Omar on Women’s Day last week.

She asked me if there was any term or expression that could be used that I would always know the person was expressing homophobia.  And also, who should be the arbiter of which terms are always homophobic.

If someone in any way infers that gays are pedophiles.  That was the only example I could think of where I had never seen an exception to the comment being homophobic.  But if someone I really respected, like Obama said it, I would still pause to assess what he was intending to say.

As to who should be the arbiter of what is homophobic.  I say that’s a personal decision for everyone to make.  No one, for instance could tell me that “queer” is always homophobic.  Obviously I don’t agree with that.

My Ideas on Anti-Semitism

So, here’s my theory on Omar’s comments about the Pro-Israeli lobby in this country.

Imagine this.  Omar is a Somali refugee that came to this country with her father when she was a girl.  I can well imagine that she grew up in a household with some ignorance about Jews.  I know, as a boy growing up in a catholic family, I certainly did.

In this scenario, Omar wants to say, the Pro-Israeli lobby in this country has established themselves in a way that vehemently defends against any questioning. A group that disallows any critique of Israel’s policies, leaders and actions. And she fully intends on questioning bad acts of the State of Israel as a congress-person. In arguing her point, she uses terms she heard growing up.  Dual allegiance.  Influencing politicians with money.  Inferring Jews have mystic powers of hypnotism.

Personally, I had no idea any of those concepts were antisemitic.  Perhaps, neither did she.  Perhaps, it’s just what she heard growing up, and has now learned the historical hate in those terms.  She certainly apologized for at least some of her ignorance.

It’s my hope that she is not a hater.  We shall see, but I’m still standing by Omar.  I think she’s going to do amazing things for this country.

Deflating balls and beer mug socks were active this past weekend.

I focused on the Black & Blue Garter Stole some this past weekend. 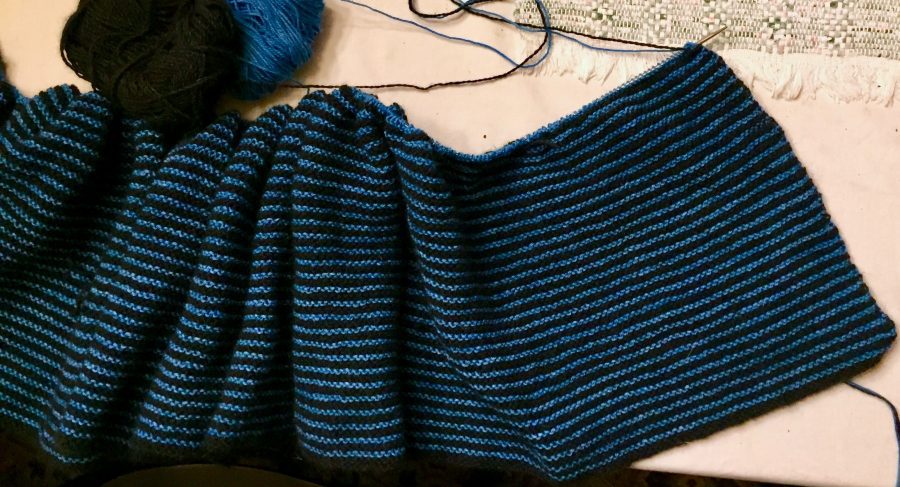 While the garment doesn’t look much different than Friday, the balls are definitely looking a bit more deflated. 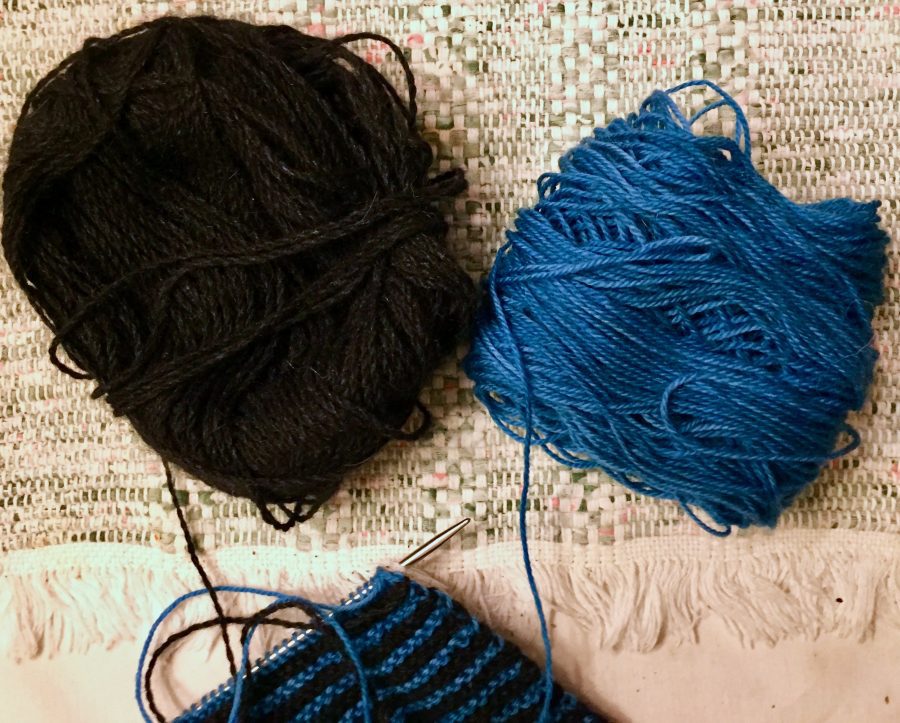 So, I know I’m making some progress.

I focused mostly on finishing the Beer Mug Socks. 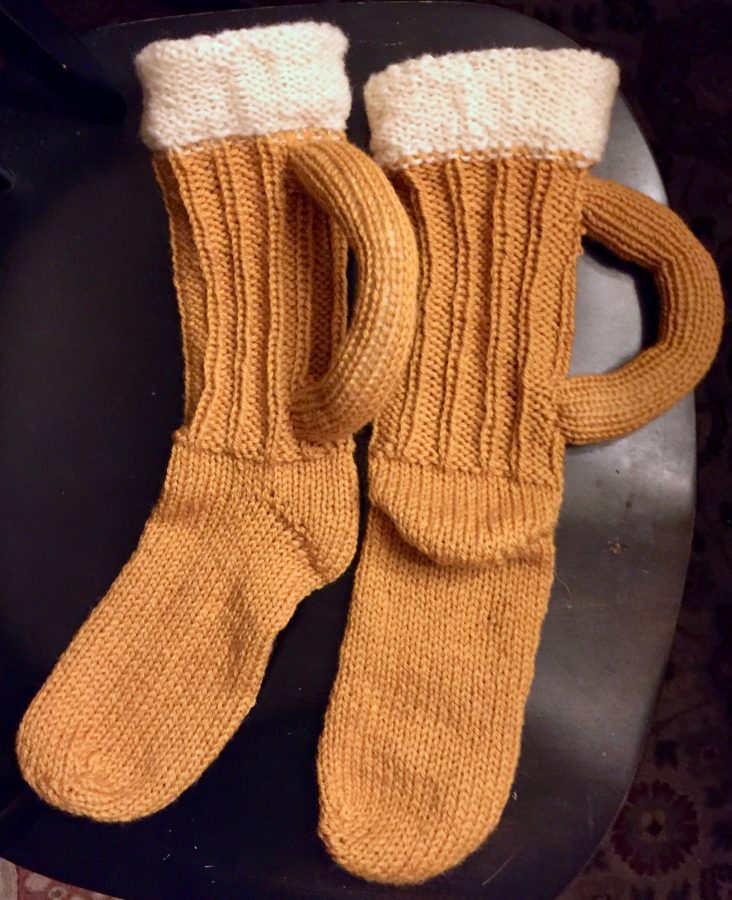 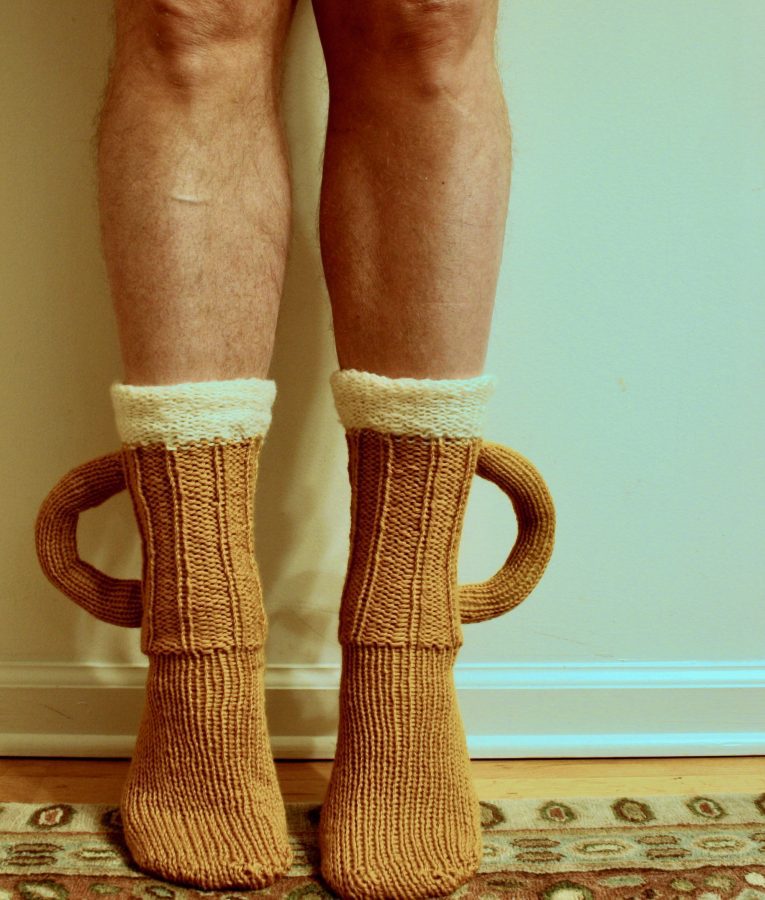 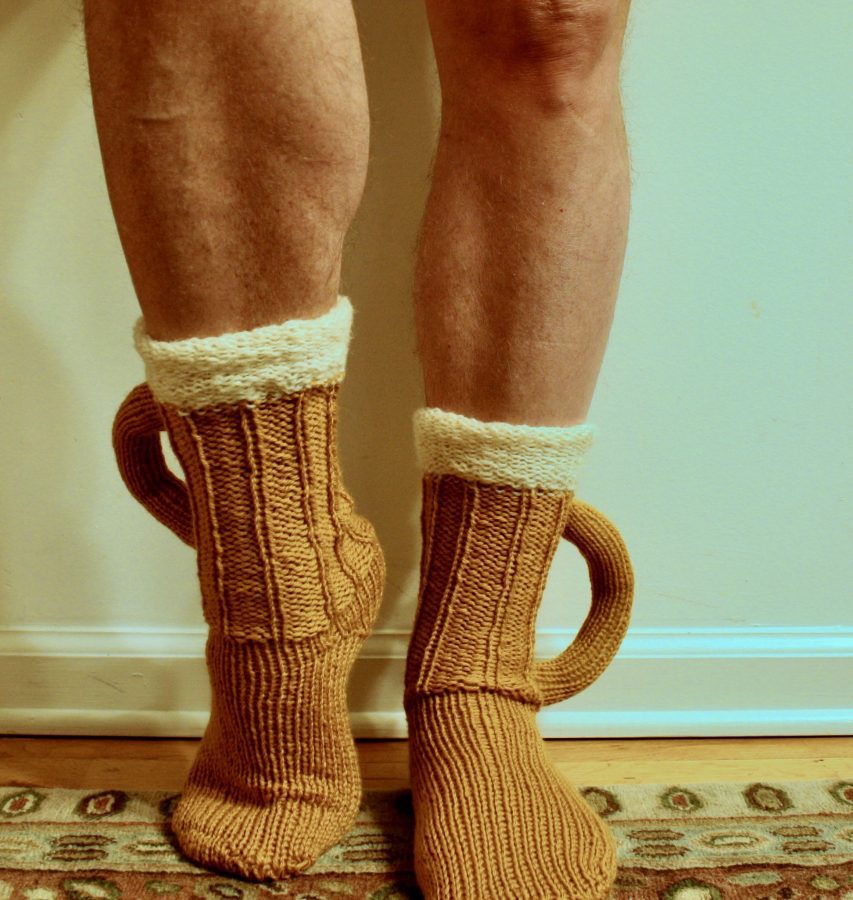 Overall, I think they came out quite well for having just designed them as I went. Hopefully they will be enjoyed by the recipient.

For me sock yarn is the worst. Those small balls at the end seem to go on forever and then all of a sudden when you want more yarn BAM they are done! Always!

I couldn’t agree more!  It’s always feast or famine.  Either I have more yarn than I can EVER seem to finish, or I’m playing yarn chicken to finish the bind-off.

I’m confused. Why is there a handle on the socks? Am I the only one who doesn’t know what this is?

The socks are supposed to look like a mug of beer. 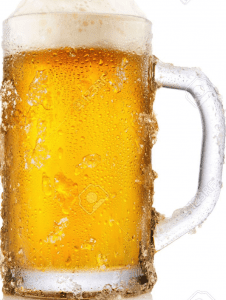 Not necessarily my idea of a great thing to knit, but it was a request from someone I love.  And I have to admit, my socks look MUCH better than the photo of the socks my loved one sent me to replicate.