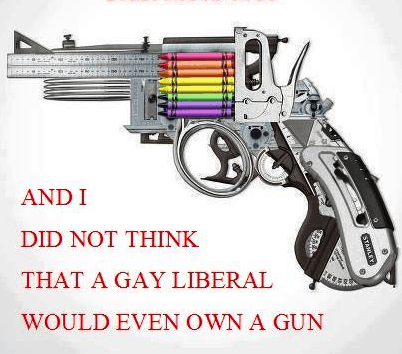 With the heinous act of cowardice by the hateful white supremacist in New Zealand last week, I hesitate to ask this question.  But it’s been coming up more and more.

Should I Own Firearms?

For over ten years now, Thaddeus has been saying that the amount of hate toward the LGBTQ community indicates that we should own guns and ammunition to protect ourselves if necessary.

Only with the election of our POS POTUS did I ever consider that he might be right.

As a far-left liberal, it seems antithetical to want to own a gun.  I know that.  Does owning one actually make me any safer?  Could I actually bring myself to shoot another human being…even in self-defense? Would it be just for the house, or would I need a carry permit too?  We don’t have children in the house, so we wouldn’t have to worry about a child accidentally finding a gun.  How likely is it that I would ever have to use a gun?  And is that chance worth the cost?  Would my owning a gun support groups like the NRA in ways I’d prefer not too?

There was just a great article about a gay-married couple in the heart of the South that decided to own a gun in the Huffington Post.

I loved the analysis this author went through in obtaining and learning to use a gun.  If nothing else, the article made me realize that I would definitely want to take shooting lessons if we decided to own a handgun.

I’ve discussed the appeal for guns in general I have in a previous blog entry on “gray issues.”

I’d be interest to read what other LGBTQ folks think about this issue.

I’ve been making progress on my various WIPs.  And based on Ted’s and Barth’s comments on acronyms, I will settle on WIPs as the proper way to pluralize WIP.

On the Biased Striped Stole, I have made just a bit of progress, so I won’t show a photo.

I did finish the second sock on the circular sock knitting machine. 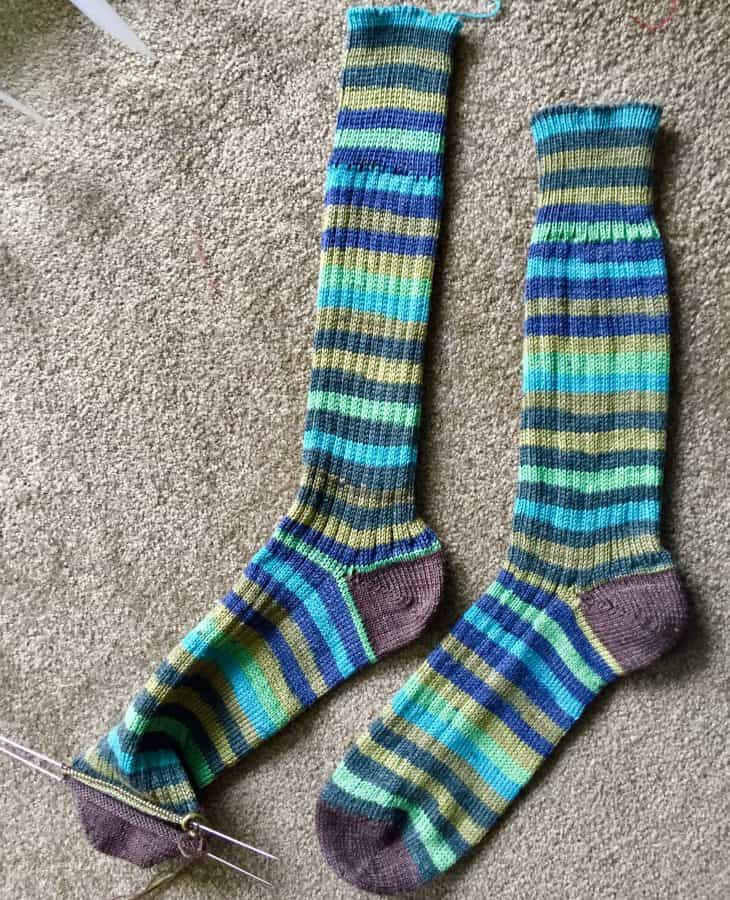 In fact, the second sock came off the machine with not one mistake that needed to be fixed post-cranking!  I just had to graft the toe. 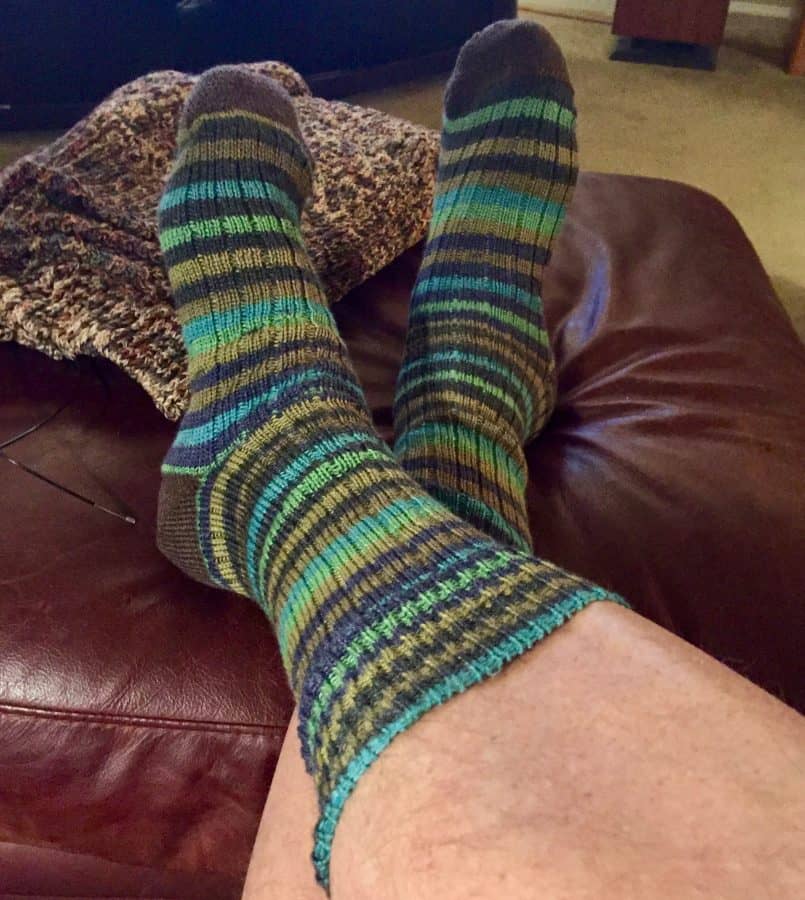 I am quite pleased with how these socks came out. Even as it warmed up this past weekend, I wore them around the house.

My spinning has progressed as well. 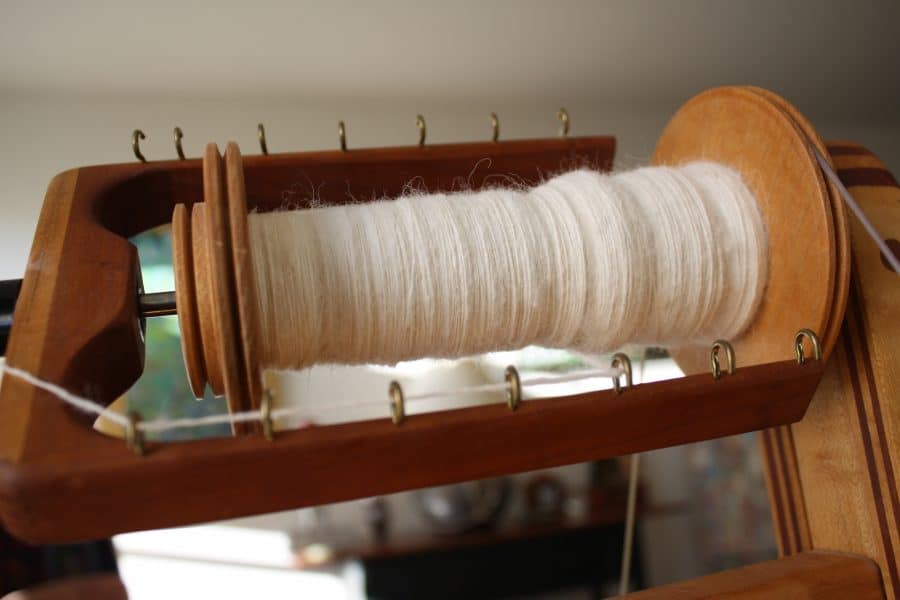 I plan on spinning singles with the remainder of Tommy’s Preferred Blend and plying them up to make about twice as much yarn as the first hank (of about 500 yards).

5 comments on “Queers With Guns”