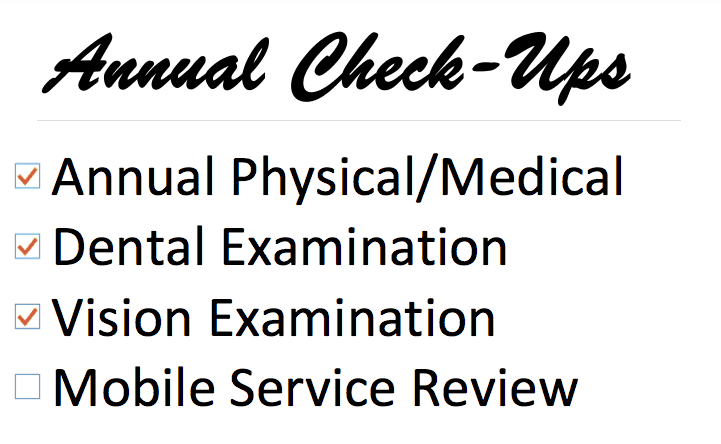 Each year I have an annual physical, an eye examination and a dental check-up.  I think I’ll be adding a check-up to my mobile phone service in future years.

Despite having many companies I can choose from, and multiple services within companies, choosing the best cell phone service for me is daunting.

Here’s a little about what I want/need and some of my history with cellular/wireless providers.

For a year or two after I retired, I had an “inexpensive” plan with Verizon where I paid about $75 a month for unlimited voice and text, and under 1 gig of data.  I rarely went over the limit, but when I did, it was $15 per gig over the limit for that month.

Someone tells me AT&T has better plans, so I start to look. I quickly realize that I can stay with Verizon, get a better plan and pay LESS each month!  I’m annoyed, but quickly switch.  Now I have an unlimited talk, text AND data for about $63 a month.  It’s a plan in my area for those 55 and older, but they didn’t tell me I was eligible.  I had to figure it out myself.  I’m kinda annoyed and kinda glad to be paying less per month and not overage charges.

Then someone at the retreat this years tells me T-Mobile had much better coverage at Easton Mountain.  So much so, that he was able to create a cellular hotspot that was faster than the WiFi there!  And his coverage cost $55.  So I start to look again.  I find I can get a slightly better plan for about $8 less per month.

As I’m deciding whether or not to switch, I find out about Xfinity Mobile. 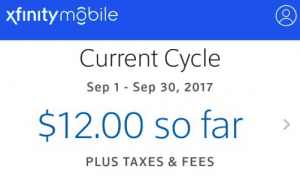 Xfinity (Comcast) is my cable/internet provider in my house.  So I have an account with them already.

It appears that I can get my mobile bill down to $12 per month if I upgrade my phone.  If I do the minimal upgrade, it will cost me about $37 a month for 2 years, and then it goes down to $12 a month.  This assumes I don’t exceed 1 gig of data usage.  Changing to Xfinity seemed like a no-brainer.  My biggest decision was which phone to switch to, until Thaddeus realized I could use my existing phone!  And get a $100 pre-paid VISA card for switching!

Suffice it to say, I have a new mobile phone provider.

I had another distraction, which didn’t work out.  But it did slow down progress on the Ensign Brook DK Cardigan. 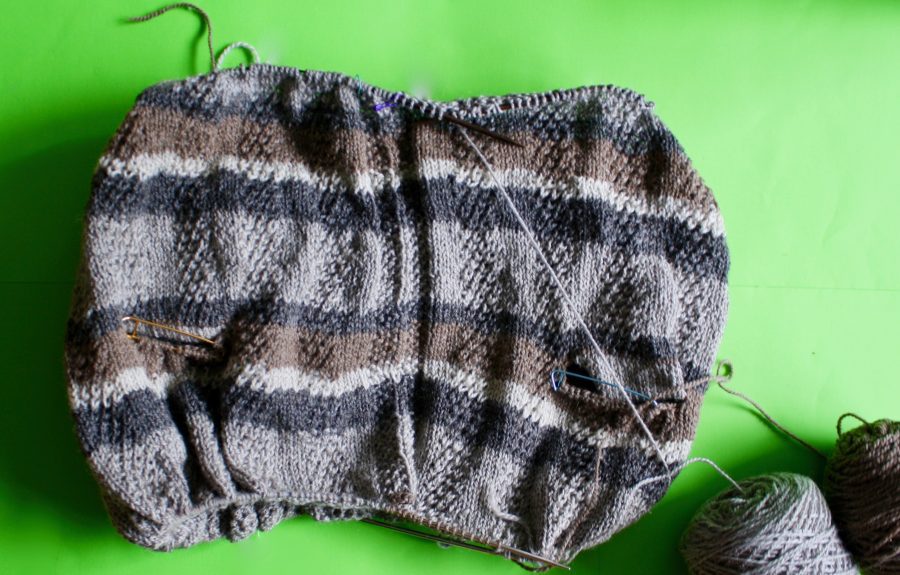 I think I’ve finished up to the arm-hole shaping.  But I wasn’t sure, so I decided to pick up the stitches for the ribbing at the bottom. 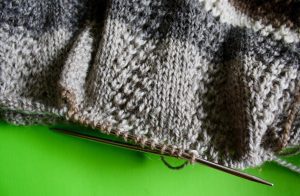 Remind me never to do a provisional cast-on again.  At least without asking someone good at it for help.  The way I did it, it was such a pain to pick up the stitches and remove the waste yarn.  And I know there are better ways.